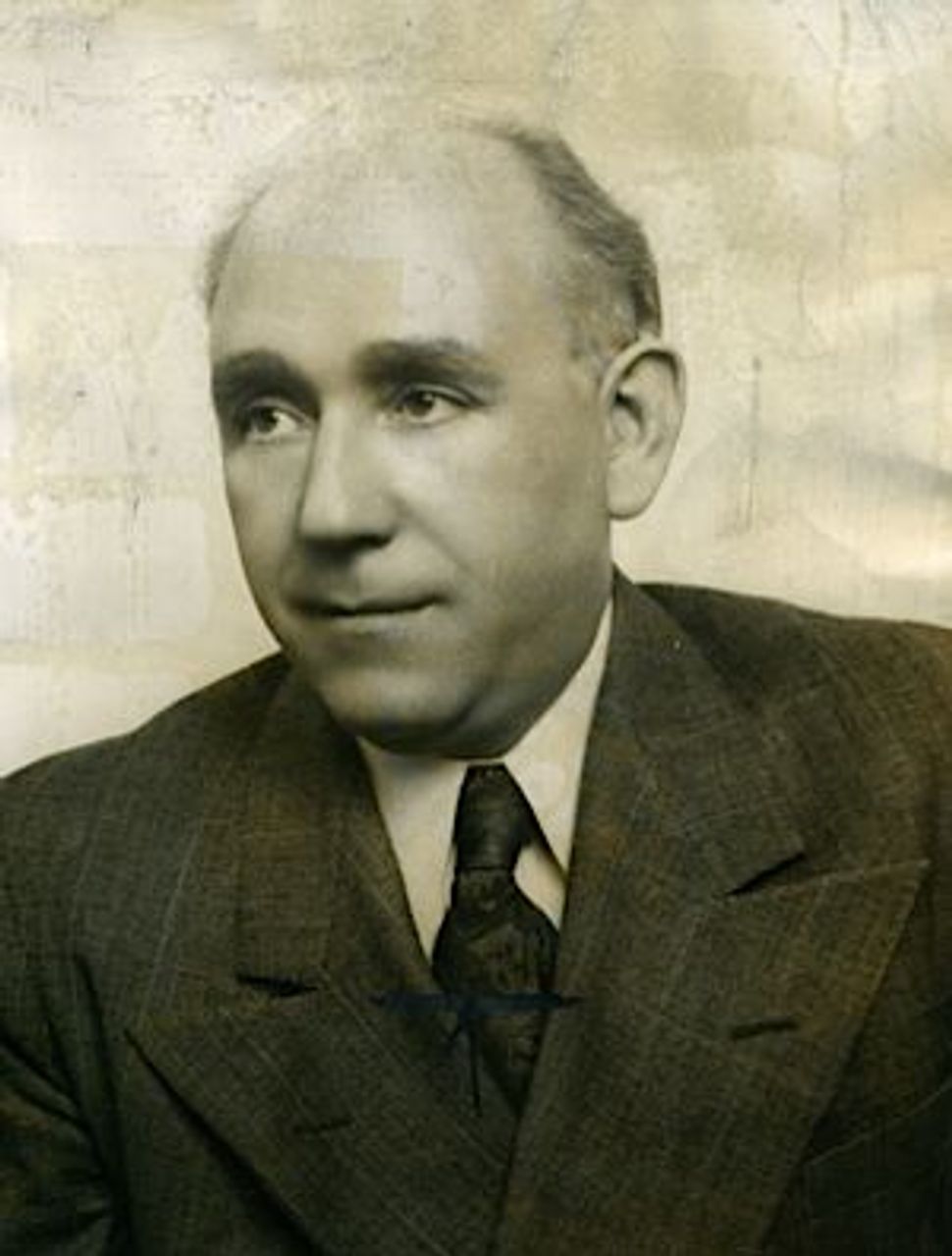 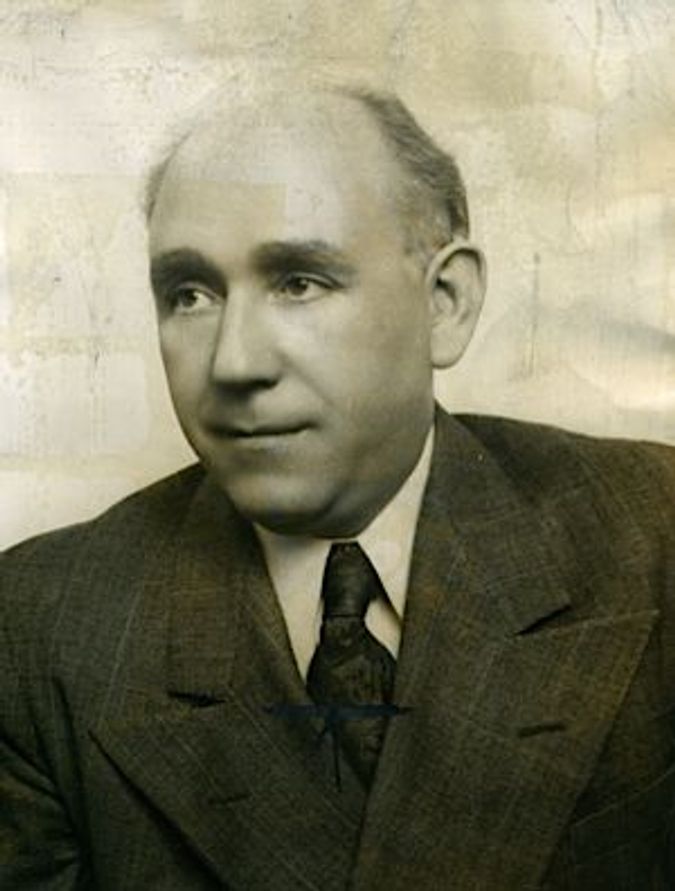 In the years following Grade’s death more of his work was brought out in English, including his great novelistic memoir, “My Mother’s Sabbath Days,” in 1986. But because Grade’s widow, Inna Hecker Grade, protected his legacy with fervor tantamount to obstructionism, readers and literary scholars found him increasingly inaccessible. All that changed with Inna Grade’s passing in May, 2010.

“In the years after his death there was a lot of interest, but Inna’s cease and desist letters and obstructions pull a chill on the interest. And now it’s possible to work on the topic,” said David Fishman, a professor of Jewish History at the Jewish Theological Seminary and a lecturer at a recent conference on Grade held at the Yiddish Book Center in Amherst, Mass. “We couldn’t have done this until now,” added Book Center Founder and President Aaron Lansky, alluding to Inna Grade’s opposition. “It was just too difficult.”

Titled “Sabbath Days and Extinguished Stars: The Life and Work of Chaim Grade,” the conference was the latest example of reawakened interest in the writer. It follows a 100th anniversary celebration of Grade’s birth, held at the YIVO Institute for Jewish Research in October 2010, and a staged reading of a play based on “My Mother’s Sabbath Days” by the National Yiddish Theatre – Folksbiene in the spring of 2011. On June 3, a tribute to both Grade and Singer will be held at the Museum at Eldridge Street in Manhattan, cosponsored by the Yiddish Book Center and featuring Harvard professor Ruth Wisse.

Today Grade is best known as a novelist who recreated the pre-War world of Lithuanian yeshivas, as well as the lives of ordinary Jews in the towns and cities of Eastern Europe. As opposed to Singer’s fantastical, modernist style, Grade was a realist who wrestled with deep religious and philosophical questions. In his youth he attended schools belonging to the Novardok yeshiva system, which emphasized Mussar, or introspective character development. Later he became a close student of Rabbi Avrohom Yeshaya Karelitz, better known as the Hazon Ish, one of the principal Haredi leaders of the first half of the 20th century.

At age 22 Grade left the religious world to become a writer with Yung Vilna, a group of poets that operated during the interwar years. During the war he fled eastward, and traveled throughout much of the Soviet Union. It was there that he married Inna Hecker, with whom he immigrated to the United States in 1948.

Much of the current interest in Grade centers on a trove of papers and manuscripts found in his apartment by the Bronx Public Administrator following Inna Grade’s death. Those papers are now housed in a YIVO warehouse, and are being negotiated over by institutions including YIVO, the New York Public Library, Harvard University and the Harry Ransom Center at the University of Texas at Austin. While their fate is still undecided and there is no clear indication of what their contents might be, there is plenty of Grade material already available for study.

Justin Cammy, a professor of Jewish Studies at Smith College who also spoke at the Yiddish Book Center conference, is currently working on a book about Yung Vilna, which includes a chapter on Grade. Before Inna Grade’s death, he said, she would almost certainly have sued him. Now, that worry is removed.

As Cammy pointed out in his lecture, Grade is better known to English readers as a novelist, but he considered himself first and foremost a poet. His poetry addresses a broader range of subjects and themes than his prose, including poems about the American landscape and the Land of Israel.

Fishman, who was a personal friend of Grade in the late 1970s and early ‘80s, discussed writings by Grade that were serialized in the Yiddish press, but were never published in book form. One of these, titled “Beys HaRav,” or “The Rabbi’s House,” appeared in Der Tog in the 1960s, and later in the Forverts, after Der Tog folded in 1971. Melvin Rosenthal, a former editor at A.A. Knopf who attended the conference, was working on a translation of the novel in collaboration with Inna Grade after Chaim Grade’s death, but it was never completed.

Grade’s final, unfinished novel, titled “Fun Unter Der Erd,” or “From Under the Earth,” was also serialized in the Forverts in the late 1970s and early ‘80s. It was based on a story Grade had published in the early 1960s called “Froyn fun Ghetto,” or “Women of the Ghetto,” but was thematically and structurally expanded and reworked. Although Grade originally published these works in weekly installments, had he lived to release them as books they would have undergone substantial revisions.

Despite the increased ability of institutions like the Yiddish Book Center and YIVO to hold programming on Grade, and for scholars like Fishman and Cammy to do research on him, there is still some way to go before his work can be made newly available. Currently, the Book Center is unable to digitize or reprint Grade’s works, since the rights to them are in dispute. Still, fans and scholars of Yiddish literature have reason to be excited.

“There were these two great Yiddish prose writers, Isaac Bashevis Singer, who was a master of PR, and Grade, who was incompetent at PR, and after his death, it got worse,” Fishman said. “There should have been a parity, but it was totally imbalanced. Now that imbalance can be corrected and Grade will rise to his legitimate place.”

Listen to Chaim Grade talk about the significance of modern Yiddish literature: