Where Diamonds Are A Londoner’s Best Friend 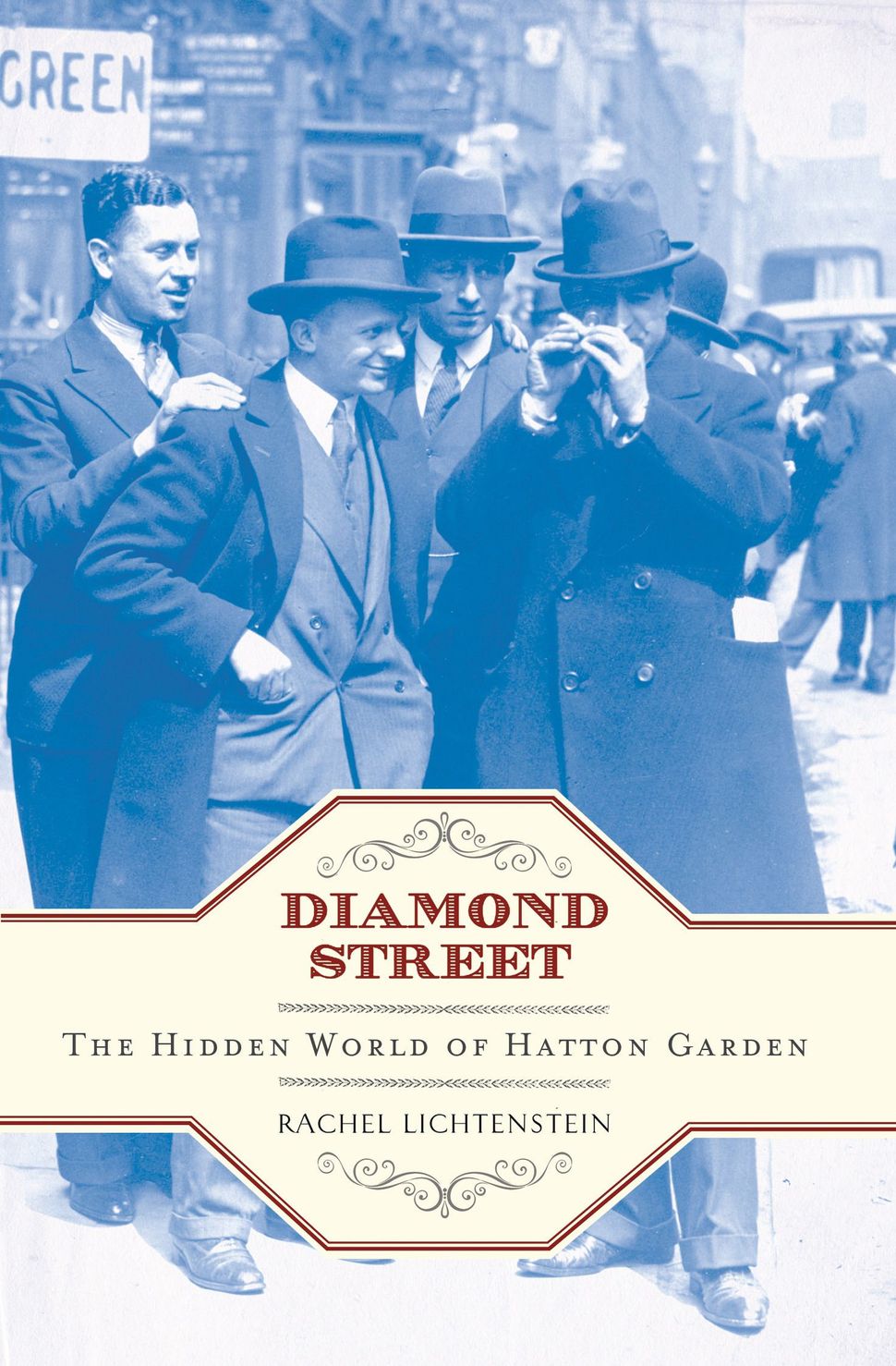 What 47th street is to New Yorkers, Hatton Garden, a street and area in the district of Holborn, has long been for Londoners a place to buy and sell jewelery. “Diamond Street: The Hidden World of Hatton Garden,” an anecdotally discursive, impressionistic history, was published by Hamish Hamilton. Its author, artist and writer Rachel Lichtenstein, was born in 1969 to a family of Polish Jewish origin. Lichtenstein is the daughter and granddaughter of jewelers, and her husband Adam currently manages the family shop. These close ties make for an unusually empathetic narrative, which might be expected from her previous books likewise inspired by London’s Jewish East End, “On Brick Lane”, also from Hamish Hamilton, and from Granta, “Rodinsky’s Room,” an homage to David Rodinsky, an ill-fated Jewish scholar.

“Diamond Street” cites generic similarities among jewelry districts worldwide, and indeed Hatton Garden welcomes Jews from “Israel, Iran, America, Holland, Britain, and many other countries,” notes Lichtenstein; she observes of the 1944 novel “Diamonds” by Esther Kreitman – the sister of Isaac Bashevis Singer — about gem merchant jewelers in Antwerp: “Kreitman could have been describing a scene today, such is the timeless quality of the Jewish diamond trade.” Yet since the Middle Ages, Hatton Garden has also boasted specifically British attributes as a jewelry center, as Lichtenstein underlines by citing Charles Dickens, who was familiar with the neighborhood. In Dickens’ novel “Bleak House”, one character describes Hatton Garden as a “poor neighbourhood, where they uses up the kettles till they’re past mending.”

Lichtenstein pauses with loving attention at such landmarks as a private synagogue designed by the 19th century British Jewish architect David Mocatta for Sir Moses Montefiore, which she describes as a “now derelict Grade II listed building” with an “abandoned exterior” that still somehow boasts a “pristine and grand” interior. More humble landmarks have now vanished, such as “Mrs. Cohen’s Kosher Café,” once a local meeting place, as has a sense of patient craftsmanship and mutual trust within a tight-knit community. As a transcriber of enthused and warm-hearted interviews, Lichtenstein strikes a tone somewhere between the Victorian Henry Mayhew and 20th century Manhattan’s unsurpassed characterful reporter Joseph Mitchell. In one telling moment, Lichtenstein removes her own wedding ring to examine a tiny craftsman’s mark made by its goldsmith, before recounting the latter gentleman’s wistfully monomaniacal life, entirely dedicated to workmanship rather than profit or self-seeking. Thanks in part to Lichtenstein, there’s life in the old area yet.

Where Diamonds Are A Londoner’s Best Friend