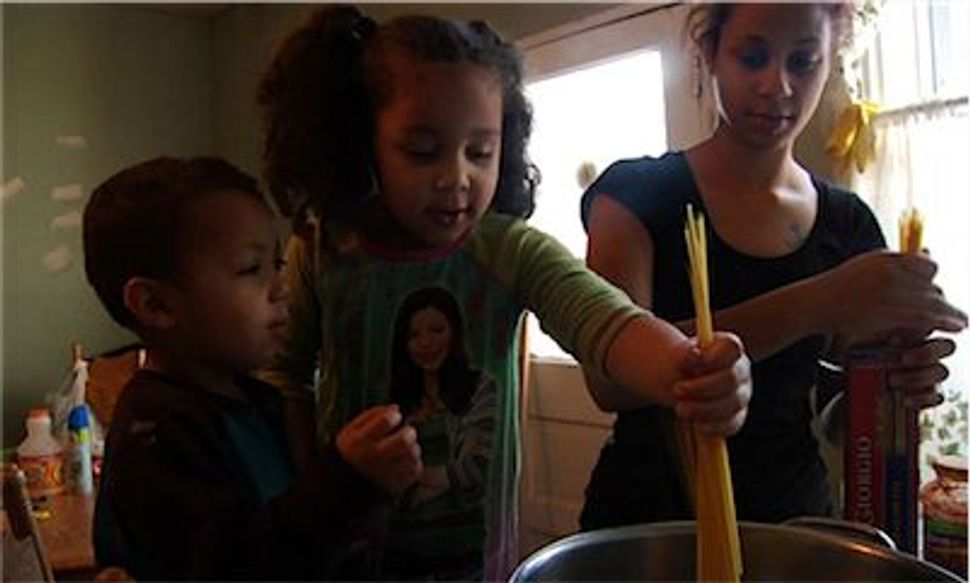 Collbran, Colo., is the kind of all-American town conservatives point to when they talk about how great America is. The town doesn’t even have a policeman, for goodness sakes. It has a marshal. How much more all-American, Wyatt Earp can you get? 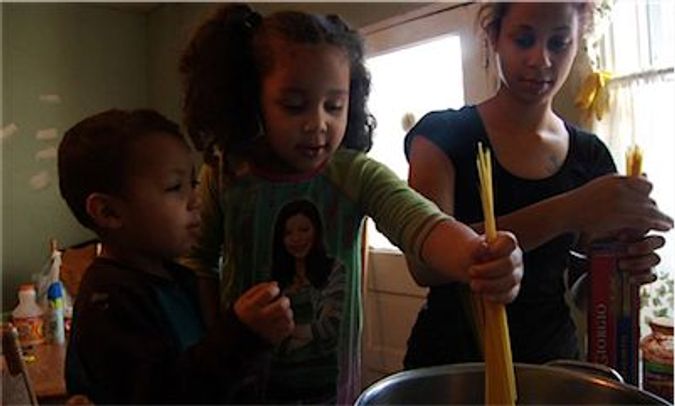 But as Bob Wilson, pastor of the local Plateau Valley Assembly of God, notes, his town is “close knit, caring yet almost desperate.” In fact, all of Colorado is desperate; the state is ranked number one in child poverty.

Wilson and several other town residents are at the center of “A Place at the Table,” a searing and sober indictment of a nation that allows its children to go to bed hungry. The documentary opens in major markets and video on demand March 1.

The magnitude of the problem is staggering. Fifty million Americans are food insecure and 17 million of those are children. Of all industrialized countries, the U.S. ranks last in terms of the number of people who are food insecure.

Filmmakers Lori Silverbush and Kristi Jacobson interview the usual suspects, like the heads of various end hunger groups. More effective, though, is the desperation that comes from the single mom in Philadelphia and the fifth grader in Collbran, who struggles “a lot [in school] and most of the time it’s because my stomach is hurting.”

The filmmakers spoke to The Arty Semite about how the film came about, misconceptions about hunger and the role of tikkun olam.

Curt Schleier: How did you become aware of this problem?

Lori Silverbush: I was on the board of “Groove With Me,” an organization that gives free dance classes to little girls in East Harlem as a way to get them to do better in school and feel good about themselves. I met [a young girl] when she was 11 or 12 and was mentoring her. I learned she was going hungry on a regular basis and it was messing up her life. It was so heart breaking. Even if I fed her, the problem existed the next day and the day after that. I wanted to ask questions about how this could happen in America. I know the Jewish community is very involved in hunger charities. I wanted to ask these questions and hopefully answer them.

But your background is as a fictional filmmaker.

Yes. For a previous film [“On the Outs”], I did some research in a juvenile detention facility and found that every kid there had experienced hunger. One of the girls I spoke to was getting released. I asked her if she was happy and she said “yes, but in here I get three meals a day.”

Kristi, were you aware of the problem?

Kristi Jacobson: I was aware, like most people, about the great inequality and poverty in this country, but I wasn’t aware of how pervasive and insidious the problem of hunger and insecurity was.

Silverbush: Krisit and I are fairly literate, liberal people, but even we had stereotypes about who was hungry. We were very surprised to discover it isn’t just an urban problem, but that it’s prevalent in rural communities, in suburban communities. It’s a problem that has no racial boundaries.

Jacobson: There was this very large task of exploring this issue and discovering where it would take us. We spent a great deal of time reading and talking to people. As with any documentary, you’re following your instincts and allowing yourself to go on the journey.

That journey took you to Collbran.

Jacobson: When we arrived in town, Pastor Bob was having one of his town meals. This is a town of working people trying to make a living who are dependent upon the work of others [for food]. But it’s also about what is right in America: the humanity and generosity of spirit of the community helping one another through the crisis.

One statistic that surprised me most was that 80% of the families on the SNAP program — that is, food stamps — have a member of the family who works. Even the marshal in Collbran, who hasn’t had a raise in four years, needs to take advantage of Pastor Bob’s food bank.

Did the thought of tikkun olam enter your minds as you were making this film?

Silverbush: I had a Jewish education and was raised by people who said fixing the world was important, and the words don’t just mean applying a band-aid. I feel proud to be part of a community that takes this seriously. I think even if I wasn’t Jewish, I’d be concerned about this problem, but I think [tikkun olam] informs the work I do overall.

Jacobson: Certainly my Jewish heritage is an important part of who I am. The injustices that occur here and elsewhere trouble me and I feel compelled to fight [them].

This is one of the most important films I’ve seen in some time. Did you realize what you were getting into?

Silverbush: I think we started with the idea that if we did our job right it could be very important. We knew this was a solvable problem, not one of those intractable things. From the beginning we had the sense that this could be important.

Watch the trailer for ‘A Place at the Table’: