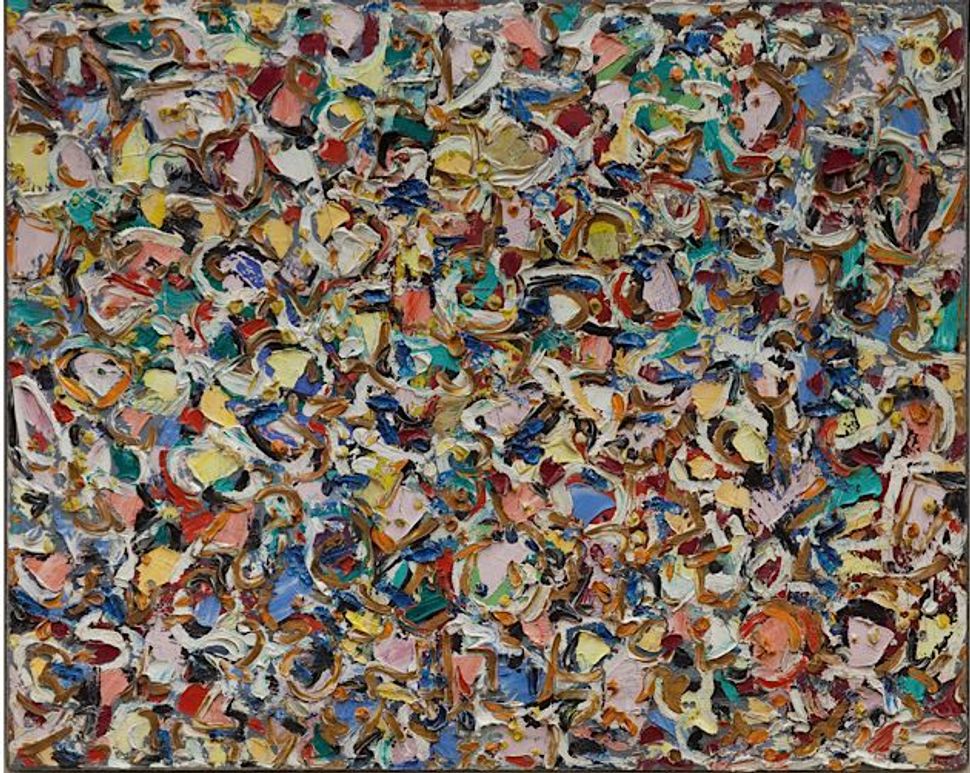 At face value, the painters Lee Krasner (1908-1984) and Norman Lewis (1909-1979) share more than their paintings suggest. This fact is practically shouted by The Jewish Museum’s current exhibition, “From the Margins: Lee Krasner and Norman Lewis, 1945-1952,” on view until February 1, 2015. Bringing Krasner and Lewis from the fringes to the foreground produces a liberal parallel of exploration, experimentation and expression.

The recognition of these two painters who contributed to Abstract Expressionism is paramount, since Krasner and Lewis were once overlooked figures. But the way in which they are presented counterbalances the problem of marginalization. As the Museum’s didactic exhibition broadens the understanding of each artist’s development and artistic process, the wall text will not let you forget that you are gazing at a painting made by a woman or by an African American. The show opens with two self-portraits that not only show both artists’ colorful palettes, but also the identity of the sitter, as if to say: Look! Neither painter is a white, male artist.

The visual language of both artists is examined chronologically through the exhibition’s four sections: “From the Margins,” “Influence and Experiment,” “The Language of Painting” and “Evolution.” The paintings by Lewis, for the most part, are made up of softer hues and matted surfaces. In contrast, Krasner’s bright pigments shine and the canvases glow in the gallery.

This is especially apparent in a comparison of paintings from adjoining galleries. In Lewis’s painting, “Meeting” (1947), the oils blend and the colors recede into the background unlike Krasner’s thick and palpable brush strokes, particularly noticeable in her painting “Noon” (1947).

Strides have been made to publicize artists that lived in the shadows of history. Yet, it is too soon to anticipate a museum without walls and an “art history without names” (à la Heinrich Wölfflin, who coined the term). Legally known as Mrs. Jackson Pollock, Krasner was clearly aware of the problem of being associated with her husband’s artistic style. Therefore, Krasner removed sexual difference from her art by signing her paintings with her initials. And, what a joy to see Krasner’s work celebrated in her own right!

Similarly, Lewis confronted the way he was considered inferior to his peers. In the standout painting, “Alabama II” (1969), Lewis addresses the Alabama Civil Rights marches in a way that is intellectually and aesthetically stimulating. The bright apple-red canvas expresses a sense of urgency. The painting not only speaks of the people of the past (abstract lines and jabs of red paint represent the marchers) but also invites the viewer to join in and speak up.

Class, gender, race, these are all superficial — albeit realistic — reasons that determine the status of an artist in the cannon of art history. Even though “From the Margins” repeatedly notes Krasner’s gender and Lewis’s race, the exhibition provides a new platform for the audience to be their own judge.