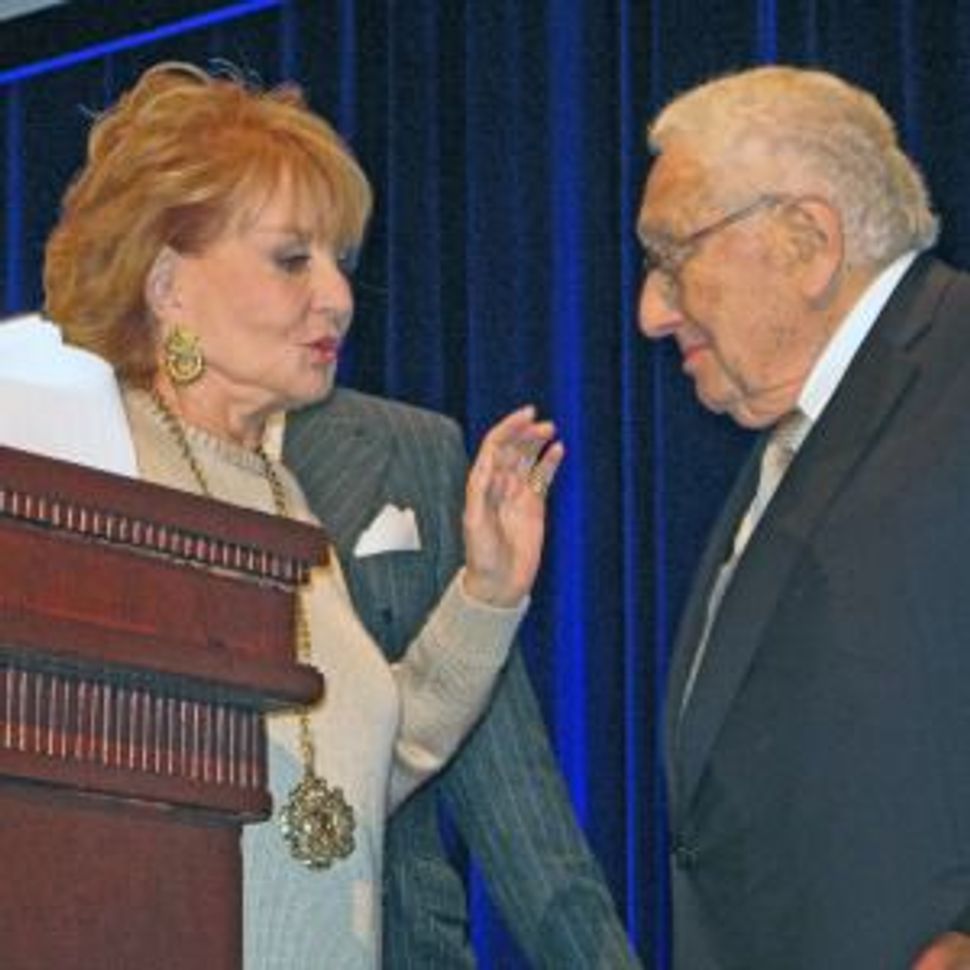 Hailing Henry Kissinger, honoree at its Theodor Herzl Award Dinner, World Jewish Congress president Ronald Lauder said of America’s first Jewish Secretary of State that “during his shuttle diplomacy, he made it clear to Golda Meir — that he was an American first, Secretary of State second, and a Jew third. Golda replied ‘Fine since Israelis read from right to left.” And that when Richard Nixon mentioned to Golda Meir that the U.S. and Israel both had Jewish foreign ministers —Kissinger and Abba Eban — Meir agreed ‘That’s true. But ours speaks English.’”

Defining the Jewish World Congress to the 500 strong crowd at the Waldorf-Astoria as “a foreign ministry — a diplomatic arm of the Jewish people throughout the Diaspora,” Lauder offered an overview of the organization’s emergence in 1936 in Geneva where Jews from 32 countries met and drew attention to the growing threat from Germany. “Until that moment there was no mechanism in place for all the Jewish communities around the world to speak as one people. No organization that could stand up for Jews when they were in trouble whether there are 70 Jews in a country or 700,000.” Apropos he described his recent visit to the Jewish community in Albania. “When I asked exactly how many Jews live in Albania, they started counting the people in the room. I met with the entire Jewish community of Albania! But we were there and we showed that somebody cared.” 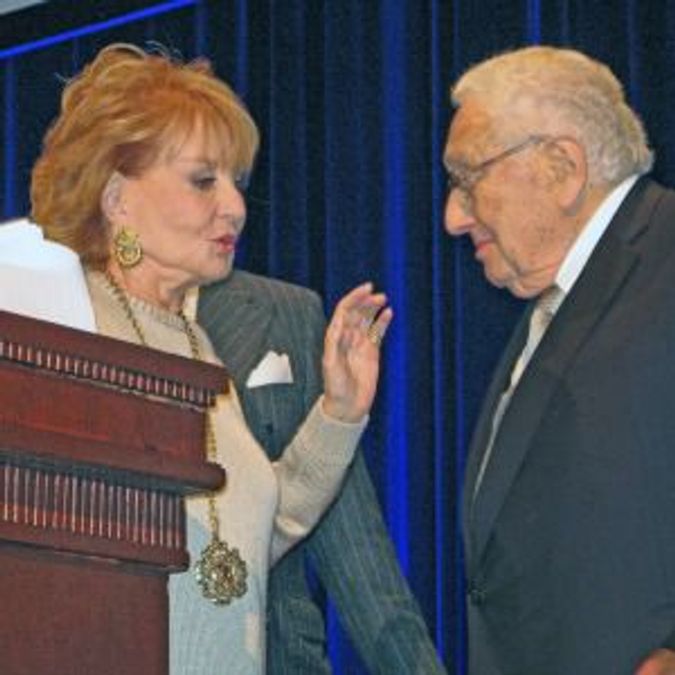 “This past summer looked more like 1936 at times than 2014” said Lauder citing events in the Middle East and Europe. “The irrational hatred of Jews has returned [and] this is why we need a WJC today.”

Reflecting on his recent Op-Ed in the N.Y. Times: “Who Will Stand Up for the Christians?” Lauder said “I did this as the president of the World Jewish Congress” and that among the “thousands of ‘thank you’ letters I received, “many noted that it took a Jewish leader to finally acknowledge the slaughter of thousands of Christians throughout the Middle East and Africa… That’s because Jews understand what can happen when the world is silent.” He concluded: “May our children live through the same Golden Period that we have lived through: the ‘60’s, 70’s, 80’s and 90’s.”

Introducing award presenter Barbara Walters Lauder informed that she would have “ regular lunches with my mother and Estee was always giving her advice on everything from makeup to what color outfit looked best on her.” Walter confirmed “I was close to his mother…and so I will [share] with you the advice she gave me: ‘Always pinch cheeks, wear white around your face and don’t divorce one guy for another—they’ re all alike!’”

After accepting the Theodore Herzl medal from Walters, Kissinger offered a detailed overview of the current state of the world and mused: “For us [refugees] America was always a magical country…. We always knew that for the rest of the world, the fate of America was essential for the future of freedom.”