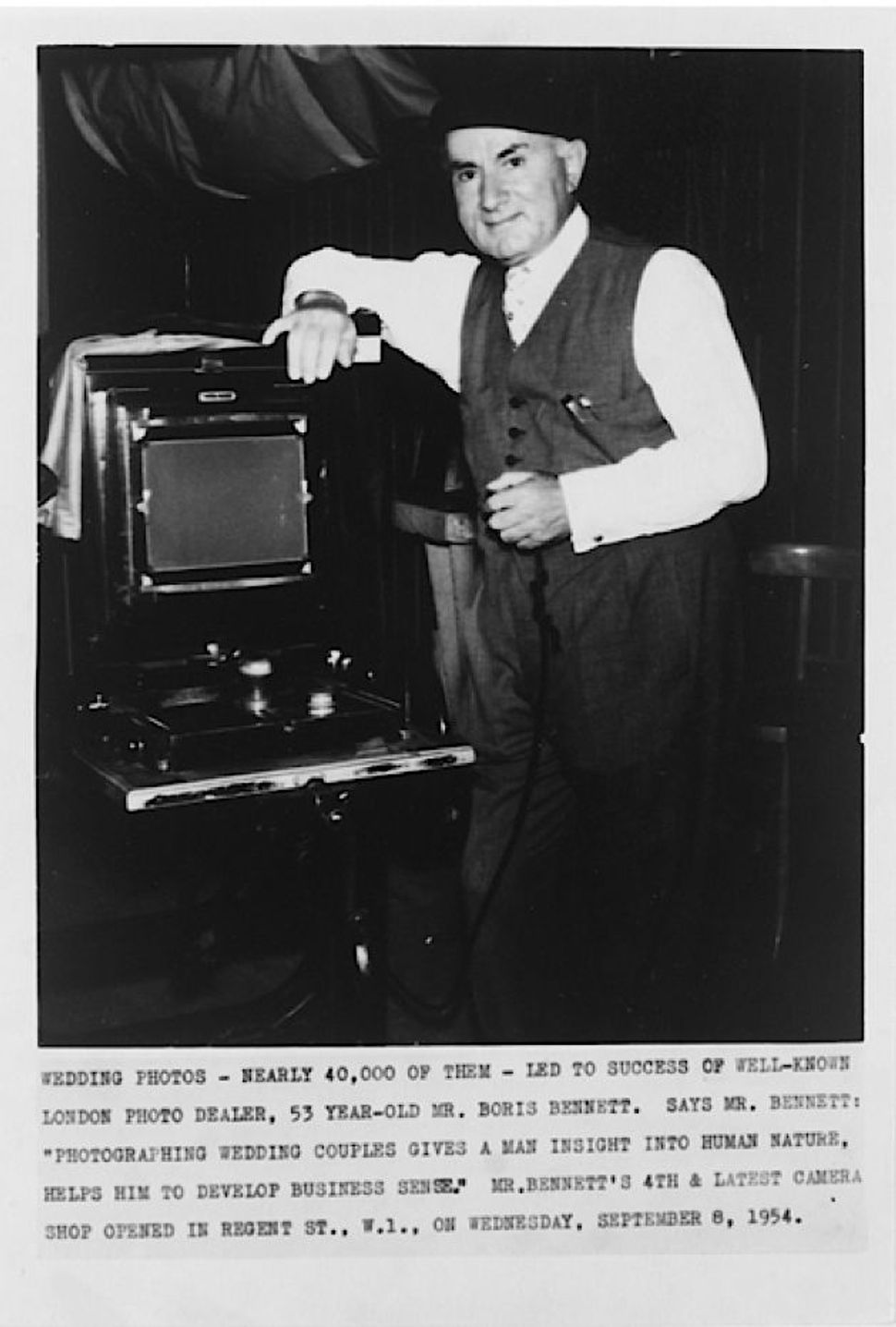 “No man in Whitechapel drives a busier or a more paying trade than does the shadchan,” observed the writer Louise Jordan Miln in 1900. In fact, a ledger belonging to a shadkhen, or matchmaker, is one of the objects on display for the first time in “For Richer For Poorer: Weddings Unveiled,” the latest exhibition at the Jewish Museum London. Written entirely in Yiddish, the 1940s ledger shows a list of his prospective clients. A stamp depicting two hands shaking next to the names of a couple indicates when a successful match had been made.

“For Richer For Poorer” celebrates the story of the Jewish wedding in Britain’s Jewish community from the late 19th century to the mid-20th, focusing in particular on the immigrant community who settled in London’s East End. It showcases a range of objects and artifacts, including wedding dresses, photographs and hand-designed ketubot. Invitations, seating plans and menus provide further examples of how the community went about marking the occasion.

Many of the exhibits are from the museum’s own collection but have remained hidden until now. Their inclusion demonstrates a historic partnership with the public, says Abigail Morris, CEO of the Museum, and provide an insight into the traditions, cultural norms and social aspirations of the community. There are some real gems, such as the wedding dresses, which have been painstakingly restored for the exhibition and date from the early 20th century.

One example is an elegant, late Victorian cream-laced, silk multi-piece dress from 1905. Its belt holds the high-necked shirt, bodice and long petticoat tightly together. We are told that it belonged to Sarah Levy, who married an immigrant boot maker from Poland. By contrast, an immodest, stunning 1925 flapper dress with beaded tassels and a plastic flowered veil worn by a shorthand typist and communist party member reflects the shifting style in bridal fashion within a generation.

In spite of the poverty that many Jewish families experienced, some celebrated weddings with huge parties — up to 14 courses were offered to guests — and families saved for years in order to pay for them. Other payment options involved parents investing in an endowment on the birth of a daughter, or taking loans, which could result in debt.

The 1836 Marriage Act legalized the concept of civil marriage in the U.K. Once established, the Board of Deputies of British Jews certified Jewish marriage secretaries who were then appointed by synagogues affiliated to the Chief Rabbi or the Sephardi Rabbinate, to ensure that marriages were carried out legally.

Yet in the late 19th century, some immigrants ignored the requirement that all marriages be registered with the civil authorities and tensions arose between the existing community and these new immigrants who had participated in shtile khuppe (quiet marriages), where there was no record in the marriage registers of the civil union taking place.

Undoubtedly, the exhibition’s main draw is its section devoted to Boris Bennett (1900 – 1985), the best-known and most sought after wedding photographer in the East End between the 1920s and ‘50s. There was even a saying that if you did not have a Boris picture, you were not married.

Born in Poland, Boris (as he was known) arrived in London in 1922 and opened his first studio a few years later. Inspired by Hollywood, Boris’s trademark was to make his clients look like film stars, regardless of their income and status. He was innovative, merging fashion and set design by creating and building his own scenery.

This, combined with his unique use of lighting, meant that his pictures managed to portray a style and glamour that set him apart from other photographers. Boris was able to photograph up to thirty couples on a single Sunday and it was not unusual for clients to queue on the stairs of his Whitechapel Road studio, while they waited for to him to take their wedding portrait. Boris’s Kodak “Big Bertha” camera is on display alongside a selection of his iconic, framed photographs. Time has not diminished their beauty.

Weddings were a hugely important social occasion within the community, and the exhibition demonstrates that although many of the rituals and traditions appear to have remained the same, the institution has also adapted and evolved, such as in the partial acceptance of same-sex marriage.

Unfortunately, for all its vibrancy, “For Richer For Poorer” lacks personal narratives — there are only two pieces of audio for example. More stories, anecdotes and immersive encounters would enhance learning about this aspect of the history of British Jewry. Despite the opportunity to engage with previously unseen items from the museum’s archive, objects by themselves can only tell part of the story.