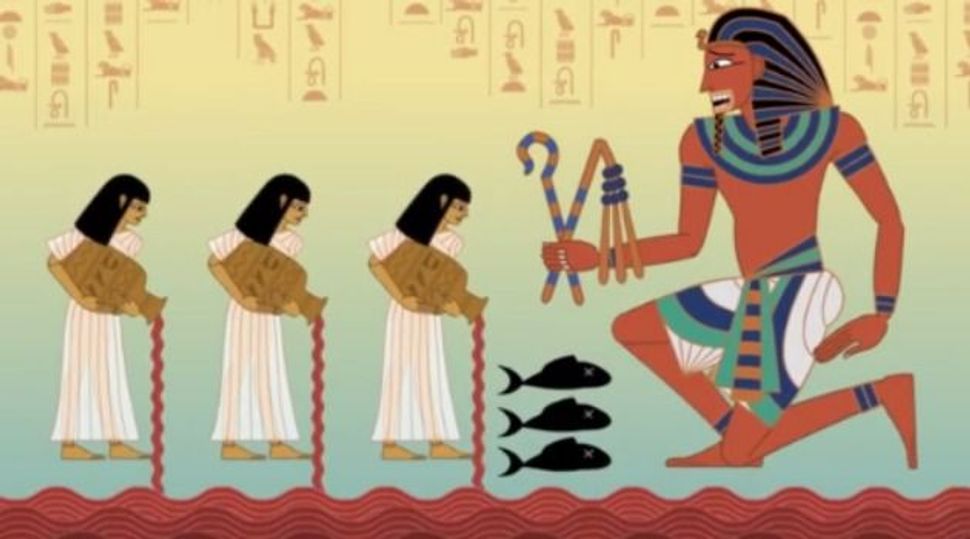 Holiday-themed parody video are usually lame, and cringe-inducing. Exhibit A: This Passoverized version of “Uptown Funk.”

But sometimes, you get that one gem that makes it all worth it.

Nina Paley has given us such a golden unicorn with her animation of each of the ten plagues (props to our good friends at Heeb for finding these). You may remember Paley from her viral hit, “This Land is My Land.” If you don’t, watch it here.

The artist and animator is working on a full-length feature called “Seder Masochism,” but released the plague videos as a teaser on her website. If the movie lives up to the standards put out by these clips, well, hang on to your Afikomen.

So, forget the Maccabeats. Check this out instead:

Darkness (“Who Turned Out The Light On My Life,” Daniel Boone)

Death Of The Firstborn Egyptians (“Spider Suite,” ,The Duke Of Uke And His Novelty Orchestra, 2012)