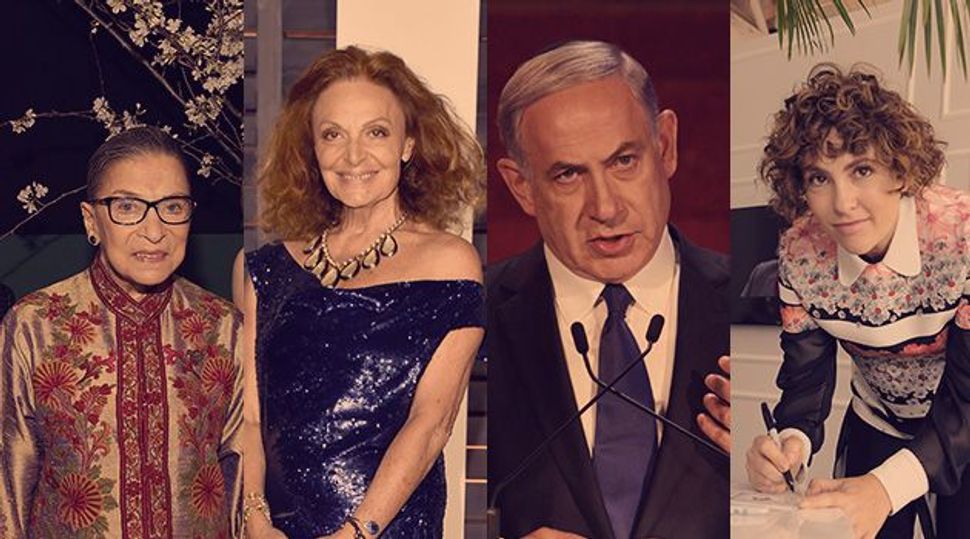 What do Ruth Bader Ginsburg, Benjamin Netanyahu, Jill Soloway and Ina Garten have in common? They’re all in Time Magazine’s 100 Most Influential People list. And they’re all Jewish.

The tribe made quite a showing this year, with 16 spots in various categories.

Our favorite and most notorious Supreme Court justice was praised by colleague and frenemy Antonin Scalia, who wrote: “I can attest that her opinions are always thoroughly considered, always carefully crafted and almost always correct (which is to say we sometimes disagree). That much is apparent for all to see.

Ehud Barack waxed poetic about Israeli prime minister Benjamin Netanyahu: “I knew Bibi, decades ago, as a soldier and young officer under my command facing real fire. He was determined, effective and focused. Character does not change. Chickensh-t he is not.”

Ewan McGregor, who was apparently just as obsessed with “Serial” as you were, wrote this about its host: “Sarah Koenig talked to me in the bath, in the kitchen and in the subway, and although I knew there were plenty of others ­listening—the series has been downloaded more than 80 million times—she had an uncanny knack for making me feel like she was talking just to me.”

Amy’s got your back.
She’s in your corner.
She’s an honesty bomb.
And she’s coming for you.