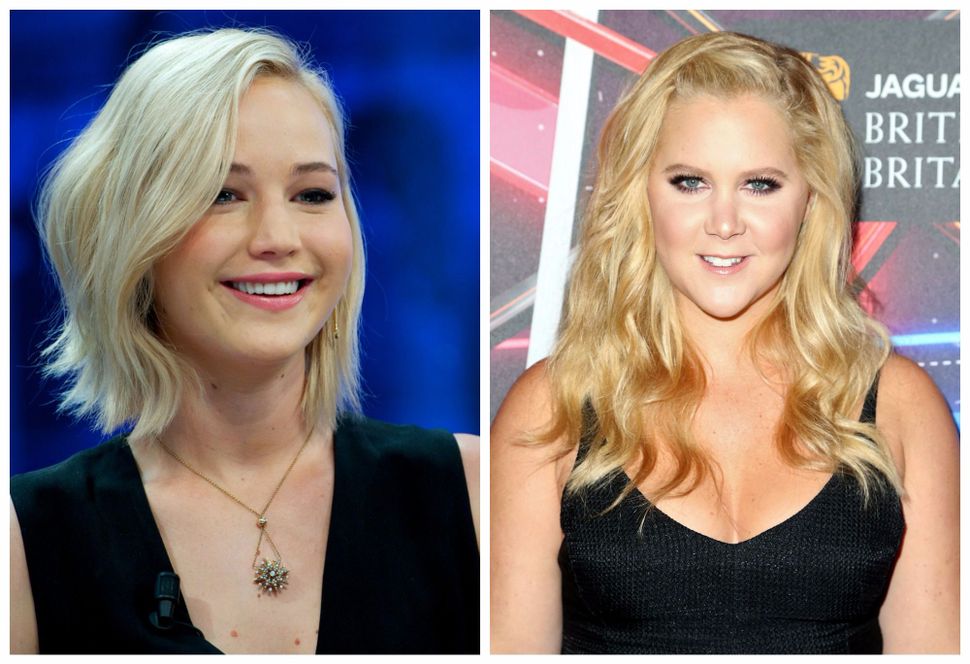 The entire world has been watching the Amy Schumer and Jennifer Lawrence love story unfold.

The two have become fast friends over the last year, delighting us with wonderful moments of female friendship. Like that time they and went water skiing together. But we’ve been especially delighted by their constant support of each other’s work.

The two funny ladies have even joined forces to write a movie together, with the first “definitely not politically correct” draft already lying somewhere on Judd Apatow’s desk.

Now it looks like the two BFFs have plans way, way into the future too. In Glamour magazine’s February issue, Lawrence expanded on their long-term plans for retirement:

“Amy and I have a life plan — we were with Diane Sawyer in Martha’s Vineyard for Thanksgiving. Not to brag. Diane politely threw it out, and then we’re sitting at the dinner table with her family, like, ‘We shouldn’t be here.’ Anyway, Amy’s always wanted to live on Martha’s Vineyard, and we saw this house, and we’re like, ‘This is where we’re gonna Grey Gardens, and we’re gonna grow old and crazy together.’ That’s our life plan.”

The two give a new meaning to #friendshipgoals: 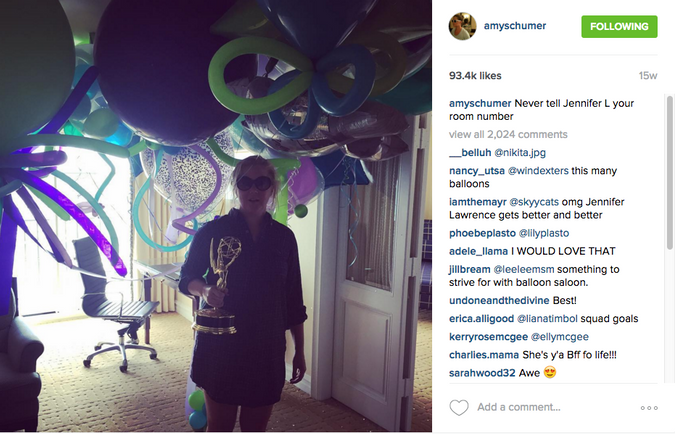 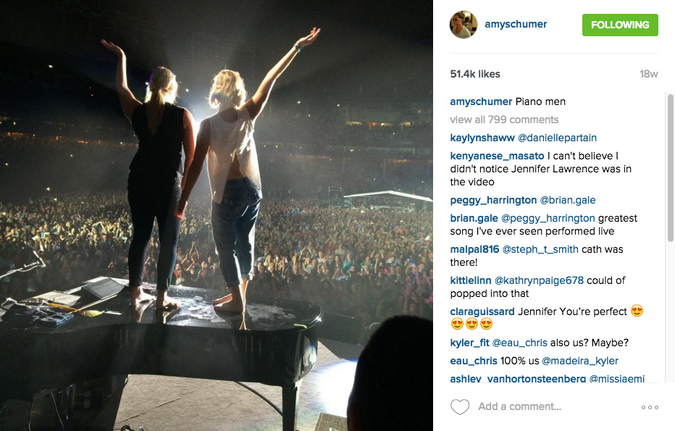 But Schumer is not Lawrence’s only Jewish comedic crush, she’s not shy about her deep love for Larry David, and she spilled the beans to Glamour about putting the moves on our favorite grouch:

“Lawrence: I gave Larry David my number. And he never called. [Laughs.]
Glamour: He might have been like, ‘That chick is 40 years younger than me. I’m not calling her.’ He has a moral compass.
Lawrence: Which makes him even more attractive. I love that he didn’t call me. It makes him so much hotter.
Glamour: Have you seen his Bernie Sanders impression [on Saturday Night Live]?
Lawrence: Yes! I masturbated to it. [Laughs.] Joking. Obviously didn’t.
Glamour: That might be the first time that sentence has ever been uttered.”

Back in 2014, David laughed off Lawrence’s come-on, saying “I don’t think I could do it. On one hand, it’s very flattering and on another hand, it’s kind of a shame — in terms of timing. I’d have fun watching the reality show of it, though.” 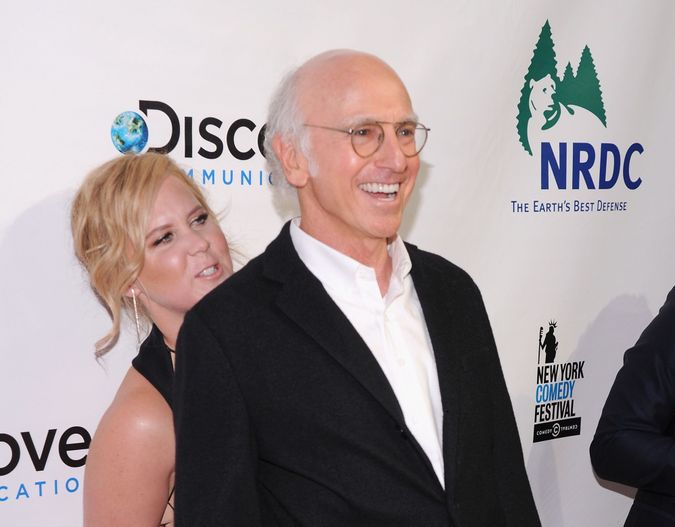 All jokes aside, we love SchuLaw, so here’s video of them dancing to “Uptown Girl” in front of 20,000 people: