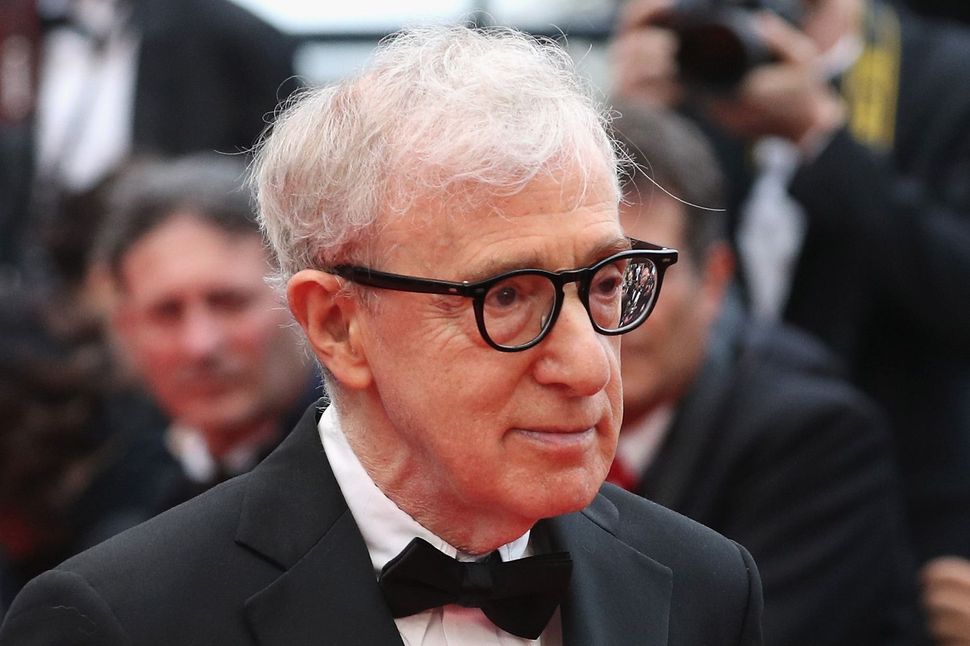 “Life doesn’t imitate art,” Woody Allen said in “Husbands and Wives,” “it imitates bad television.” Come September 30th, when the writer, director, and actor’s series “Crisis in Six Scenes” is released on Amazon video, audiences will have their first chance to see how he handles that much-maligned format.

The news that Allen was creating a series for Amazon first broke in January 2015, followed this past January by an announcement that he would star in the series alongside Miley Cyrus and Elaine May. Yesterday, Amazon released more information about the series, along with its first publicly available clip.

The clip begins with a brief, grainy video introducing the social conflicts of the 60’s – the era in which the series is set – followed by Allen in character as Sidney Muntzinger, a disgruntled gentleman in a barbershop who just wants his hair cut to resemble James Dean’s. (“I could work on you hair for ten years, you’re never gonna look like James Dean,” his barber retorts.) Muntzinger is, apparently, a novelist; his latest effort, if you trust the barber, is snooze-inducing. It’s a snippet of smart dialogue between grumpy people, which feels like classic Allen.

While the series is hotly anticipated by some, for others, it represents the media’s ongoing acceptance of Allen despite the ongoing battle over allegations that he sexually abused his daughter with Mia Farrow, Dylan. (“The old-school media’s slow evolution has helped to create a culture of impunity and silence,” Allen’s son Ronan wrote in a May column for the Hollywood Reporter, going on to criticize Amazon for its eagerness to work with his father in light of the accusations.) “Crisis in Six Scenes” will have a limited duration; Allen has confirmed there will be only one season. The crisis of Allen’s reputation is unlikely to resolve as neatly.

Watch the clip below.