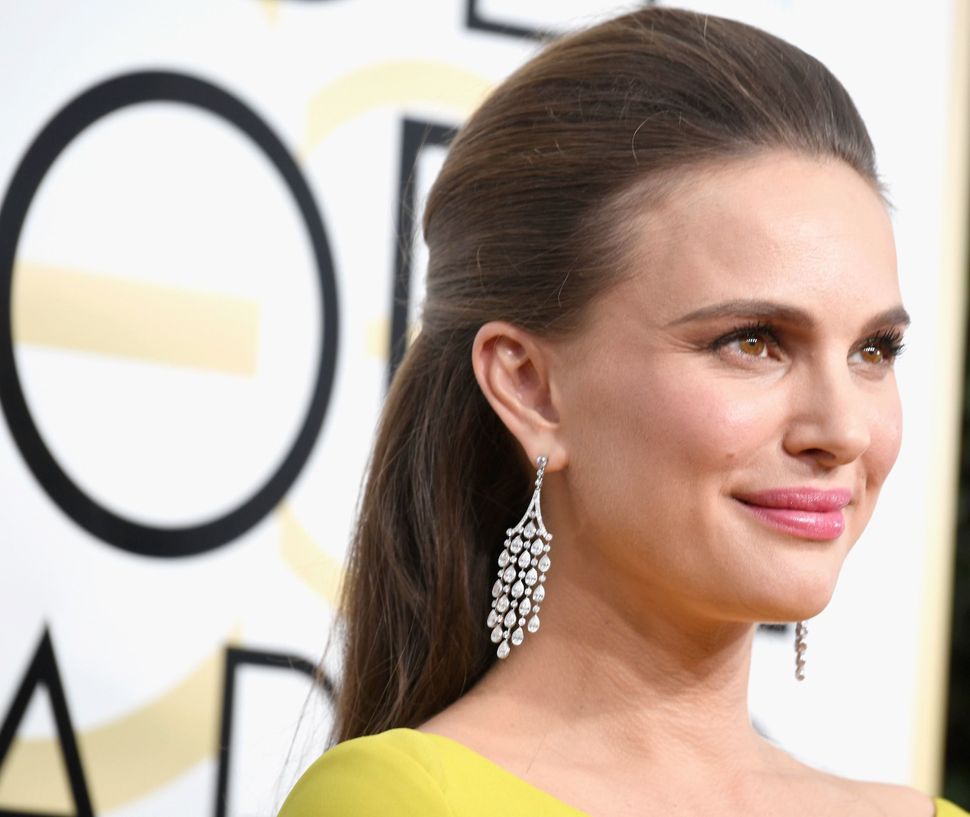 It’s the last weekend of February, and the countdown until spring will pass faster with the aid of great culture. Start with some excellent recent reads. In longform, have your breath taken away by Kathryn Schulz’s exploration of loss in The New Yorker; in Harper’s, follow self-proclaimed “queer, Jewish, anti-Putin” journalist Masha Gessen through the annual conference, in Georgia, of an organization devoted to promoting nuclear families rooted in heterosexual marriage; and linger over former NHL star Corey Hirsch’s moving account of coping with mental illness as a professional athlete in The Player’s Tribune.

After a week in which the Muslim community, led by Linda Sarsour and Tarek El-Messidi, raised over $100,000 to help repair the St. Louis Jewish cemetery desecrated this past weekend, take a moment as well to understand the difficulties members of that community are facing in the current moment. A great place to start? Rumana Ahmed’s essay in The Atlantic about her experience as a Muslim in President Trump’s White House, where she recently left her position on the National Security Council.

The Oscars this Sunday are, of course, a can’t-miss; watch to see if Natalie Portman snags the award for Best Actress, or Andrew Garfield walks away with the prize for Best Actor. In a contentious Oscars race — will “La La Land” sweep, or will the critically-heralded “Moonlight” take Best Picture? — prepare for the big night with the Forward’s coverage of the films in contention, including “Jackie,” “Loving,” “The Salesman,” and “Silence.” Also in film, if you have a taste for horror, look to Jordan Peele’s recently released “Get Out,” produced by Jason Blum’s Blumhaus, which has debuted to critical acclaim.

In New York, in addition to looking into one of the many Jewish-interest plays we recommended last weekend, check out one of a number of talks and lectures around town. Musician and actor Lenny Kravitz will give a New York Times TimesTalk on Friday; that same evening, the Strand will host a discussion of the merits and flaws of how Amazon’s “Transparent” explores the gender transition of its lead character, Maura. On Sunday, Wolf Blitzer will appear at the Temple Emanu-El Streicker Center, and on Monday, Israeli novelist David Grossman will appear in conversation with Nicole Krauss at the 92nd Street Y.

In Washington, D.C., spend Sunday afternoon at the Jewish Community Center of Northern Virginia, where the Jewish Plays Project will perform three finalists for their award for Best Jewish Play of 2017; the audience will vote to determine the winner. If that’s not quite to your taste, stop by the Writer’s Center instead for the a reading and art opening from The Deaf Poets Society, a recently-launched online journal headed by Sara Katz.

In Chicago, start your weekend at Temple Beth-Israel on Saturday night with a performance from a cappella group “The Cat’s Pajamas.” (The event includes dinner.) On Sunday, head to Temple Jeremiah for a performance of “Freedom Song,” a musical “about addiction and recovery in the Jewish community” performed by people in recovery at Beit T’Shuvah, a drug treatment facility whose staff and residents created the musical. Also on Sunday, the Illinois Holocaust Museum and Education Center will host a performance of music from the Theresienstadt concentration camp; they will also be displaying art created in the camp.

Last but not least, in Los Angeles, make time to see choreographer and dancer Lionel Popkin’s “Inflatable Trio” at the Skirball Cultural Center. And if star-spotting is one of your pleasures, join the crowds hanging out around the Dolby Theater on Sunday afternoon. Perhaps you’ll catch a glimpse of Portman or Garfield as they head in for their big night.