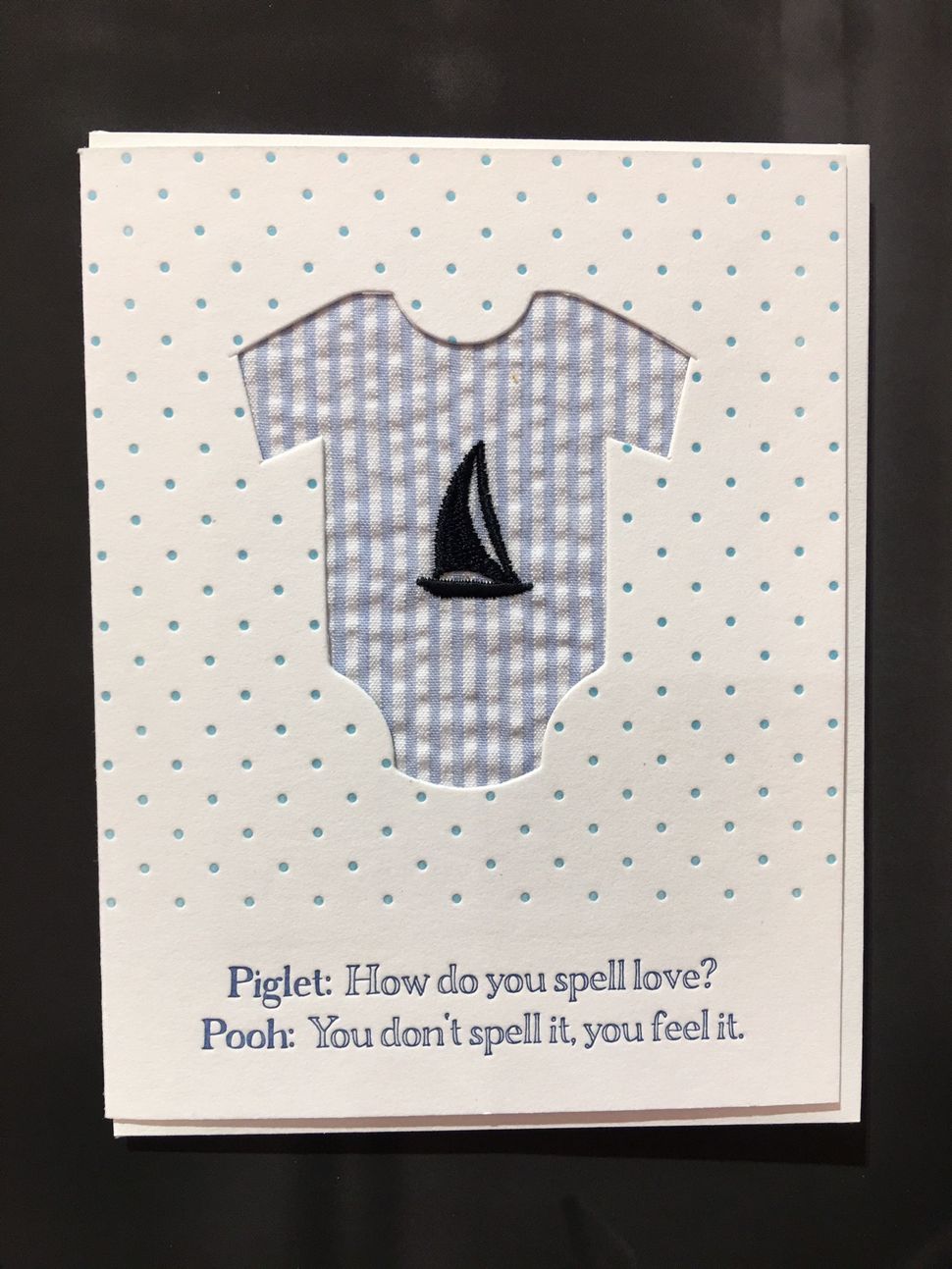 Q: Who won first prize in the national greetings card contest? (for babies, $4 and over)
A: The Yiddish printer with the piglet card. 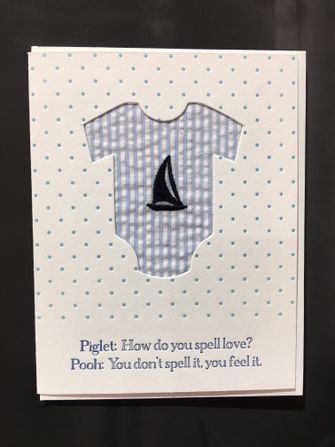 But Bill Muller’s Big Wheel Press (about whose loving restoration of Yiddish letterpresses I wrote) just went to the National Stationery Show at the Javits Center in New York and did just that with a card designed by Muller himself. When I reached him for comment, Muller reminded me that the “New York City Stationery business was mostly Jewish 100 years ago.” Furthermore, he added, “Shema Yisrael!” And, to all the people who voted for his card, he had a “Todah rabah” card (designed by Susa Talan) he wanted to show them.

Another one of the LOUIE winners caught my eye. Winner of the religious celebrations cards ($4 and over) was a charming card that was “Wishing you a latke love this Hanukkah.” Beating out all the Christmas, Easter, Kwanzaa and, presumably, Omer cards came a frying potato card from 1canoe2 studio in Missouri. Now Fulton, Missouri, where 1canoe2 is based, is not known for being at the center of America’s Hanukkah celebrations, so this intrepid reporter will see if he can find out and explain the genesis (or Maccabee) of that card in a later post.