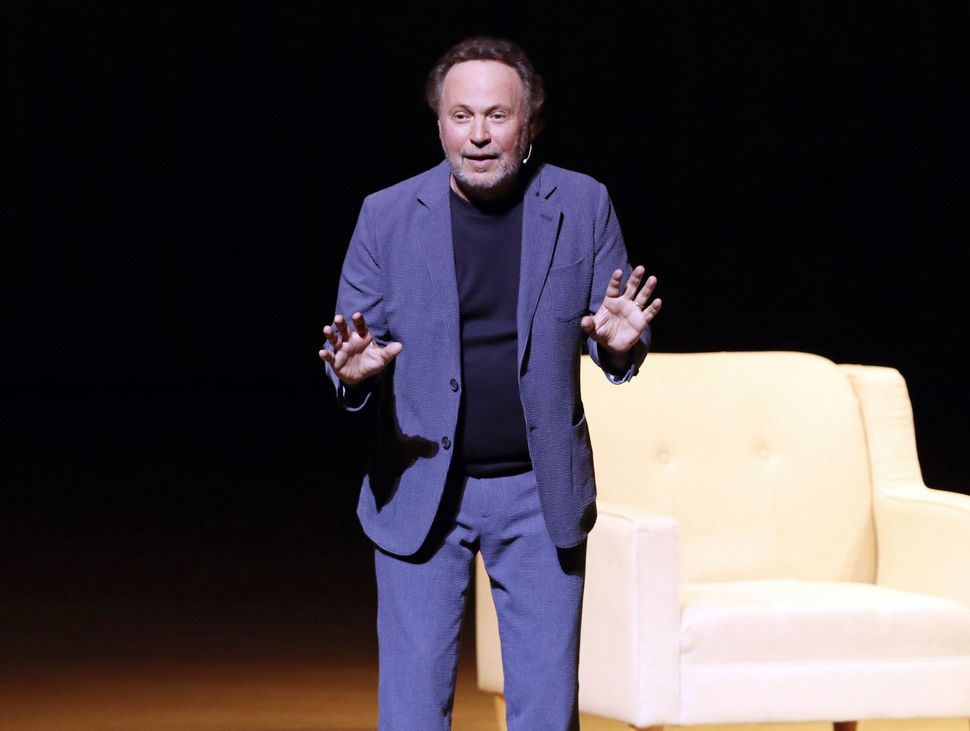 Small, tall, fat, thin — the human body is a miracle no matter what it looks like. Without our bodies, we would just be souls drifting in the wind, incapable of hiking up a mountain or scrolling through Instagram on our iPhones.

But sometimes these miracles can be more trouble than they’re worth, as Billy Crystal learned last month when he sneezed so violently that he tore a rib muscle.

Crystal divulged his injury in a visit to “Jimmy Kimmel Live” Monday night. The comedian was scheduled to appear on Kimmel’s show last month but had to reschedule after the “weirdest injury ever”, which he describes in the below video.

“If it was a cartoon, my arms are flying off my body, my eyes are coming out of my head, people in the room are now naked because it blew their clothes off,” said Crystal, who looks remarkably good for 69.

I guess you can add “violent sneeze injury” to your list of anxiety-inducing potential situations, just after “getting stuck in an elevator at the exact time the building goes up in flames” and “dying on the subway because the L train tunnel collapses just as you’re crossing beneath the East River.”