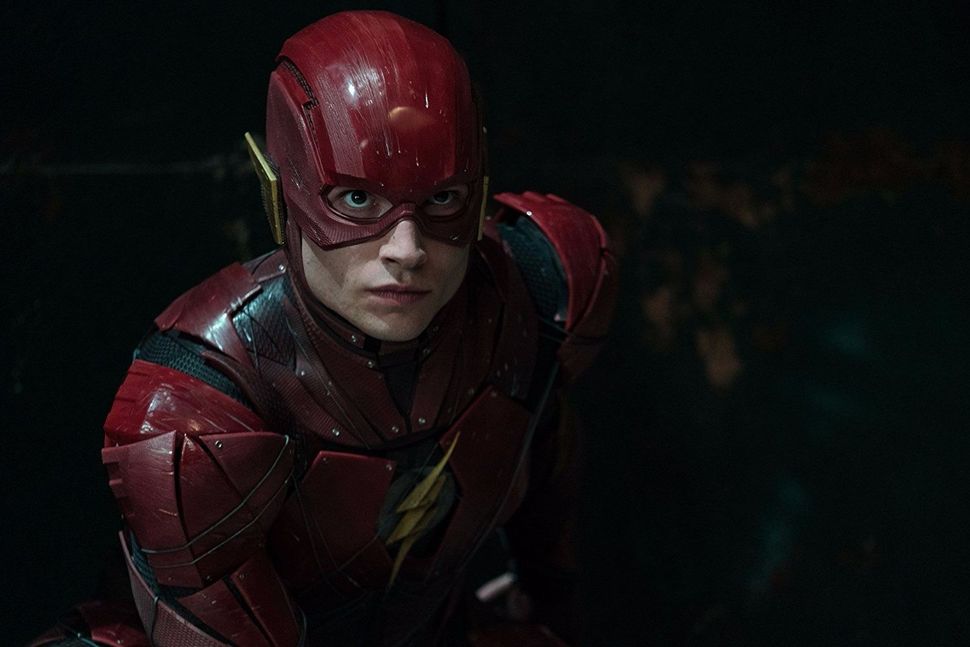 He’s faster than a speeding bullet, he’s a crimefighter with super strength, he’s…Jewish?

“Justice League” might have been a lukewarm film that coasted on the onscreen charisma of its main actors but Jewish nerds were rewarded when Barry Allen (alias of The Flash, played by a winsome Ezra Miller) described a photo of himself as a “Hippie, long hair, very attractive Jewish boy.”

The Flash joins the pantheon of other Jewish superheroes, like Batwoman, Magneto, Nite Owl II and the Scarlett Witch. Audiences eager to see the fanboy fantasy of “Justice League” made the movie $93.8 million in its opening week, which, while not quite a box office smash, certainly makes the Flash the most prominent Jewish superhero of our time.

According to Geeknation, Ezra Miller, a self described Jew and real life nice Jewish boy, ad-libbed this scene which director Zach Snyder opted to keep in.

“Yeah, I… I need… friends,” Barry Allen admits, when Bruce Wayne announces he is putting together a team of superheroes. Let’s face it, the Flash in “Justice League” seems like the archetypical anxious, self deprecating unprepared hero, starstruck by his fellow members of the Justice League. He provides comic relief in a manner that might seem familiar to veterans of old school Yiddish theater.

Comic books might be a quintessential American tradition, but it was Jews who created them. Now it’s Jews themselves populating the pages of these traditional nerd fantasy receptacles.

Shirs Feder is a writer for the Forward. You can reach her at feder@forward.com