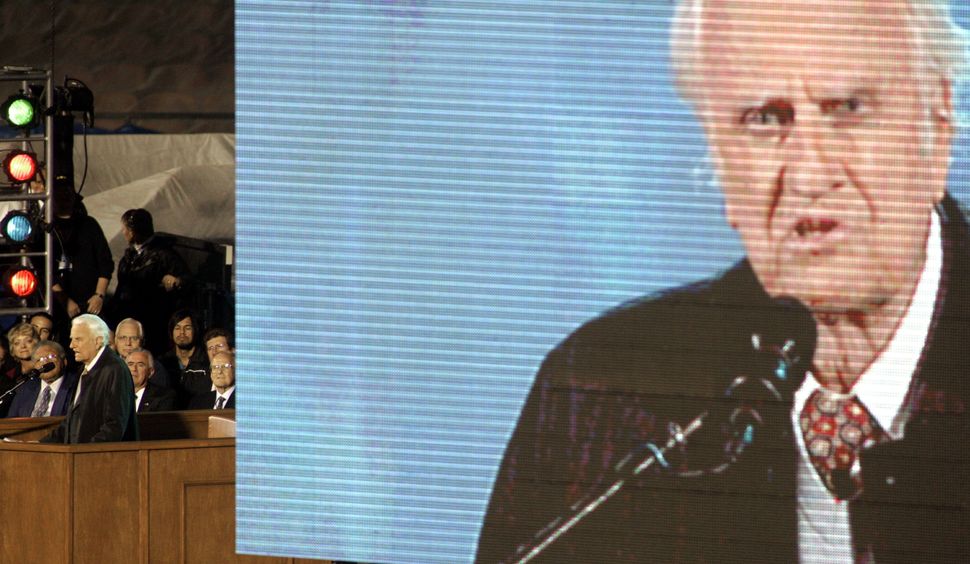 As we approach the end of another weary week, the strength of Parkland’s survivors has renewed my hope. If a group of grieving teenagers can go on national television and confront both the NRA and a sitting U.S. Republican senator, we too can find the strength to fight for sensible solutions to the odious plague of gun violence. Perhaps our combined efforts can steer this country out of its interminable national nightmare.

In the meantime, here’s this week’s movie news.

1) Raoul Peck spoke about his new film on Karl Marx

For The Forward, I spoke with Raoul Peck about his new film, “The Young Karl Marx.” We discussed Peck’s fondness for Marx as a young student in Berlin, his views on Marx’s fraught relationship to Judaism and the potential for Marx’s ideas to gain traction in the late-capitalist techno-dystopian fever dream known as the United States in 2018.

Woody Allen and Billy Graham don’t have a whole lot in common, other than the fact that feminist groups despise both of them. (In my view, rightfully.) In memory of Mr. Graham, who passed away this week, Becky Scott wrote about a wide-ranging conversation the two had nearly 50 years ago for a CBS TV special. In the video, the two take a variety of questions from the audience, and Allen tells Graham that, since he’s a “pushover,” he might be easily convinced to convert to Christianity, if he makes the afterlife sound “appealing enough.”

Becky Scott discussed the implications of a survey of 834 women in the film industry, conducted by USA Today, which found that 94% of respondents had been harassed.

The one bright spot of the survey? Women with less than five years of experience are more likely to report instances of sexual misconduct.

Continuing with the theme of sexual harassment, Jeffrey Tambor expressed his disappointment with Amazon Studios over his firing. As Becky Scott reports, he chastised Jill Soloway and Amazon Studios. “I am profoundly disappointed in Amazon’s handling of these false accusations against me,” Tambor said. “I am even more disappointed in Jill Soloway’s unfair characterization of me as someone who would ever cause harm to any of my fellow cast mates.”

In a never-before-released interview with Joan Rivers, the comedian discusses how her rise to stand-up was, in a sense, an accident — because she really wanted to act. “I was always going after the commercial and not getting it,” said Rivers. “I was always going after the part and not getting it. So I had to work twice as hard.”

That’s all well and good, but it really gets juicy later, when Joan admits her dream is for “Meryl Streep to die suddenly.” Why? So she can get cast in one of her films, of course.

Comfortingly, Rivers clarifies that the death has to be “Painless though, painless!”