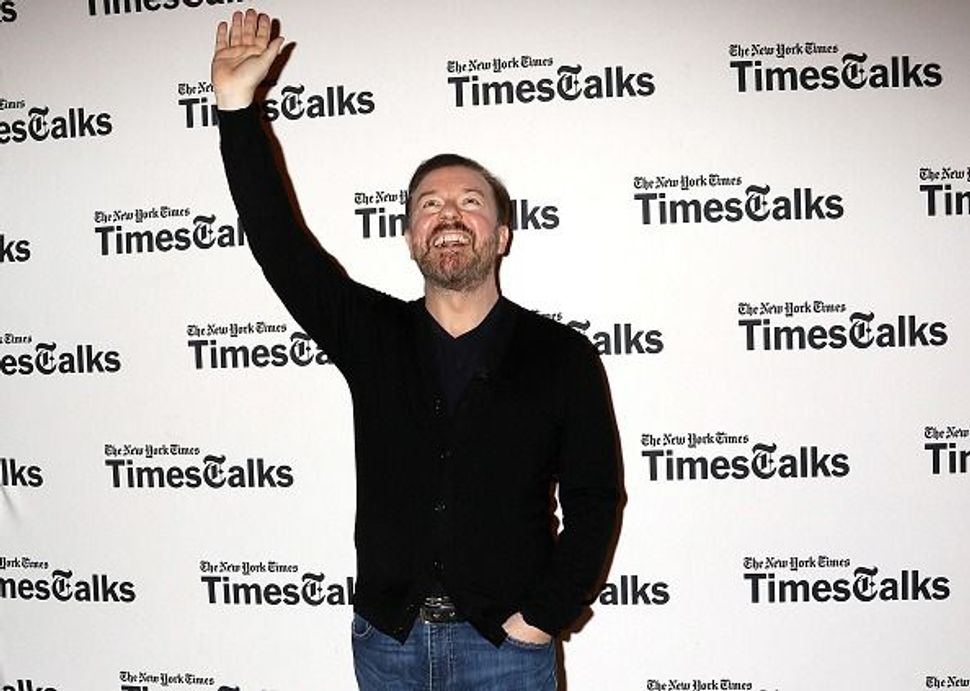 We’re only four days into Passover, and it’s already been bad for the Jews.

Between a far-right German party calling for the removal of a Holocaust memorial, and a Washington Post confessional lambasting Jewish men (is that OK now?) — now British celebrity director Ricky Gervais (creator of the UK’s ‘Office’ and star of the new Netflix show ‘Humanity’) has tweeted in support of Denmark’s 2014 controversial ban on kosher and halal meat slaughter:

The tweet went viral, and Gervais felt compelled to follow up on it as he faced backlash from some of his (13.2 million) followers (whose accounts magically disappeared not long after these exchanges):

Discrimination would be not allowing Jews and Muslims to slaughter animals without stunning them first but allowing others to. That isn’t the case. No one is allowed to practice this cruel act. See? https://t.co/OATRYIKeQj

Once again, I apologise for others’ abuse. I disagree, and find it abhorrent that you think that stopping certain religious practices in secular society is discrimination, but when you’ve read this I will delete all correspondence. Peace. https://t.co/TdbClwJpdy

Guys, don’t send tweets to that twat. It’s exactly what he wants. He’s even Retweeting totally valid criticism of religious slaughter as if its racial abuse. Please ignore him. Thanks.

Uh, last time we checked, banning groups from practicing their religion is pretty bigoted — and to cite animal rights is a pretty convenient facade. (May I remind you that Denmark is a LEADING PRODUCER of mink fur, where 160,000 minks are locked in cages and gassed every year?! Didn’t hear a peep from anyone about that.)

Historically, bans on kosher slaughter were first stages in the persecution of Jews (see 1933), and animal protection has been used as an excuse for xenophobic policies since the 1880’s in even purportedly-liberal Scandinavia.

But perhaps today’s increasingly-isolationist Europe is so used to this sort of rhetoric already, that Gervais can get away with religious intolerance in the name of laïcité?

We got your point, Ricky. Dayenu.