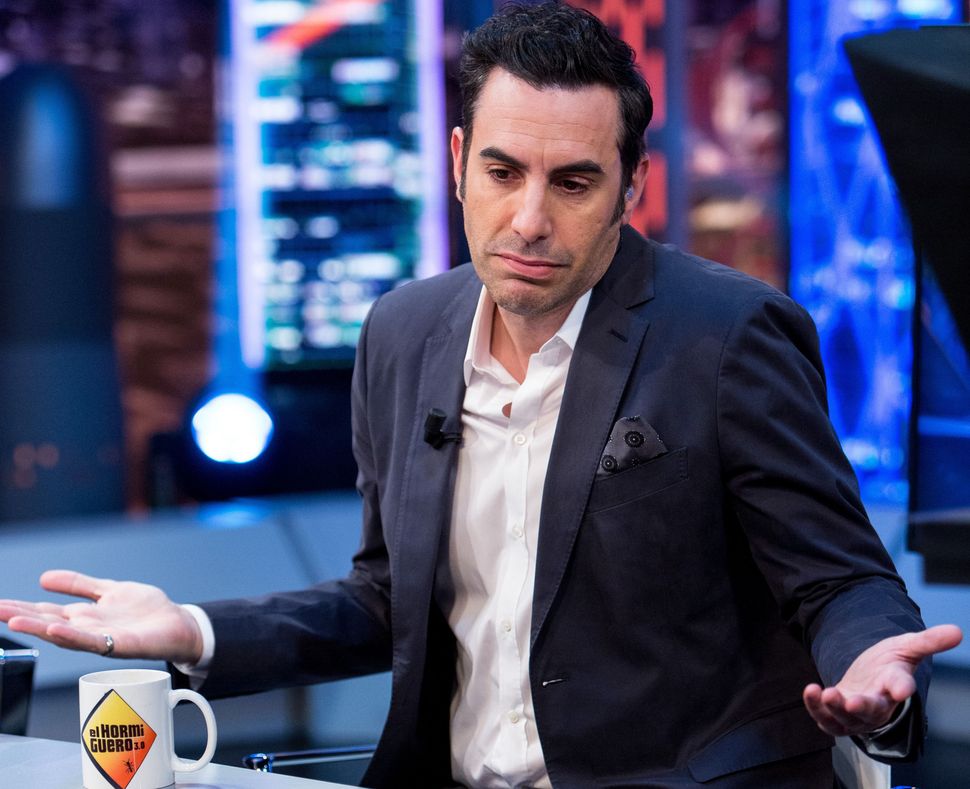 How does Sacha Baron Cohen do it? Image by Getty Images

Sometimes you look at a truly successful person and think: I don’t know how she does it.

Pretty much always, you look at comedian Sacha Baron Cohen and think: Seriously, how does he do it?

An investigation by Politico on Wednesday revealed some of the means of Sacha Baron Cohen’s latest, greatest cross between art and trickery — his Showtime series “Who Is America.” So far, the show has succeeded in tricking major politicians and influential figures like Sarah Palin and Bernie Sanders into interviewing with a disguised Baron Cohen, as well as getting a group of former and sitting congresspeople to endorse a program that would train toddlers to use guns.

Politico obtained email exchanges between former Representative Joe Walsh and members of Baron Cohen’s team under various aliases. They show that the “Who Is America” producers used the fake production company name “First Liberty Pictures” as auspices under which to reach out to right-leaning politicians like Walsh. Then, they invented an Israeli news TV station, “Yerushalayim Television,” to invite Walsh to a made-up celebration for Israel’s 70th anniversary, which they claimed wished to honor the congressman-turned-radio-jockey. “The people of Israel understand that they owe their very existence to the unwavering support of powerful figures like Congressman Joe Walsh,” a member of the Baron Cohen team wrote under the pseudonym “Alexis Rothe.” She went on, “We have already sat with Tony Blair, Rupert Murdoch, Larry Ellison, Bono, and Steven Spielberg.”

The email linked the Walshes to a reputable-looking television page for “Yerushalayim Television” all in Hebrew. When Helene Walsh, Joe Walsh’s spouse who manages his schedule, asked for an English translation and didn’t receive an answer, she set up the interview anyway. By the time they realized it wasn’t real, the interview was already completed and filmed, and they opted to wait out the consequences rather than hire an expensive private investigator, Politico found. “We should have done more homework,” Helene Walsh said.

If Walsh was fooled by an “Israel at 70” event (“anything to support Israel,” Helene Walsh wrote in an email to Baron Cohen’s team,) then other influencers were as well. We’ll stay tuned for the next installment of “Who Is America” on Showtime this Sunday night.