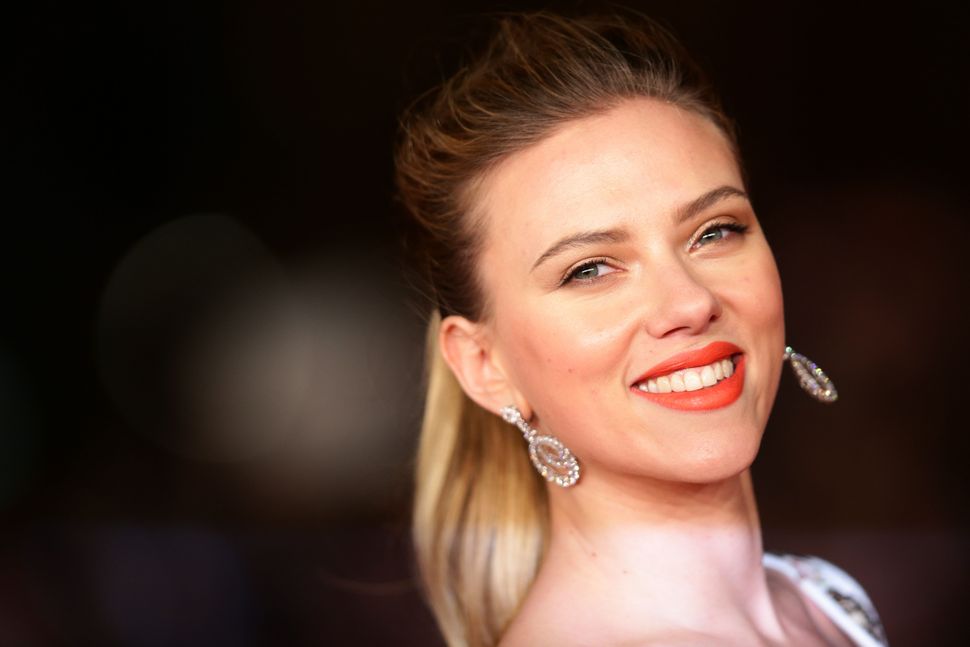 Scarlett Johansson, laughing all the way to the bank Image by Getty Images

Scarlett Johansson has been making headlines lately, and all of them have been bad — accused of appropriating transgender identity, she backed out of her role in the upcoming “Rub & Tug.” The criticism and mockery for her choice to accept a transgender role was magnified by the fact that she infamously played an Asian character in 2017’s “Ghost in a Shell.” Even her boyfriend, SNL’s Colin Jost, is being heralded as “a garbage person.”

But it looks like Johansson will be laughing all the way to the bank.

The 33-year-old actress isn’t down or out, she’s up-and-up — this year, according to Forbes, she’s the highest paid actress in the world. Earning $40.5 million dollars before taxes this year, Johansson smacks her predecessor in that spot, Emma Stone, off her pedestal — Stone made a measly $26 million last year to get the number one spot.

Johansson is also head and carefully-sculpted-shoulders above this year’s number two — Angelina Jolie — who raked in $28 million. Johansson, the Jewish (yes we will remind you as long as she is blonde and named Johansson) actress who will finally receive a solo superhero movie as the Black Widow in 2020, tops the list largely due to that role. Starring in Marvel’s “Avengers” movies has super-sized her fortune — Forbes reports that she quadrupled her 2017 earnings this year.

Jolie is followed on the list by Jennifer Aniston, whose earnings come mostly from endorsements, then Jennifer Lawrence and Reese Witherspoon. Sixth on the list is Jewish-Soviet immigrant with a heart of gold, Mila Kunis, who made bank on the “Bad Moms” series and “The Spy Who Dumped Me.”

Rounding out the list at number 10, a woman whose resume is a fraction the length of the others’: Gal Gadot. Holding her own against legends like Cate Blanchett and Julia Roberts, Gadot celebrates her shehecheyanu Forbes listing with a healthy $10 million in earnings.

But don’t celebrate the sisterhood or dismiss it all as capitalist garbage yet — Forbes’ list of highest paid actors isn’t out for 2018, but last year Stone’s $26 million didn’t hold a Diptyque candle to the $68 million earned by her male counterpart Mark Wahlberg, who topped the men’s list. Wahlberg wasn’t a fluke either — he was followed by Dwayne Johnson at $65 million, who edged out Vin Diesel’s $54.5 million. Of the 20 highest paid actors and actresses in the world last year, only three were women — they were numbers 15, 16, and 17.

Actresses say they’re being underpaid, and they are — compared to actors. Instead of paying them tens of millions of dollars more in the name of equality, can we just pay the men less?