Leonard Bernstein’s Centenary, ‘Memoir Of War’ And More To Read, Watch And Do This Weekend 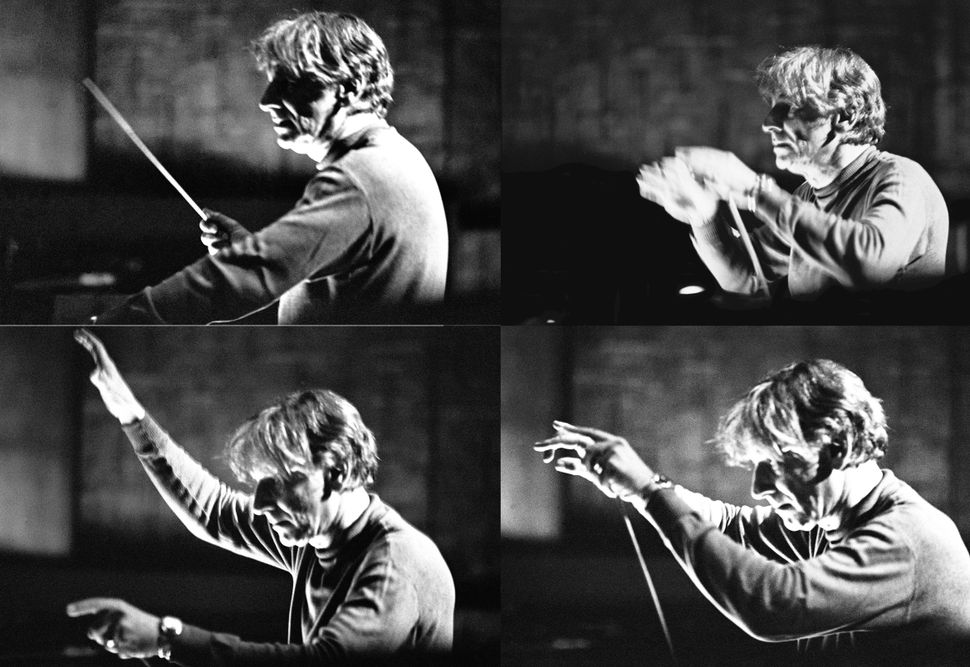 On August 25, 1918, as World War I barreled further into its final phase and a play called “Lightnin’” prepared for the next-day open of what would be a Broadway run of record-breaking length, a baby was born in Lawrence, Massachusetts with the name of Leonard Bernstein. Over the rest of the 20th century, Bernstein’s work would help define the artistic landscape of a United States launched into ascendancy by the First World War, redefining the bounds of mainstream culture for generations.

Bernstein’s centenary year, which reaches its zenith this Saturday, has not been a quiet one. Celebrations have taken place across the globe, and will continue for at least another year to come. But on the 100th anniversary of Bernstein’s birth, take some time to reflect on his particular genius, which was deeply American — and deeply Jewish. The Forward has published plenty on the subject. Bernstein’s daughter Jamie shared an excerpt of her recent memoir of life with her father; Benjamin Ivry and Allan M. Jalon reflected on Bernstein’s life and work; I spoke to all of Bernstein’s children about his significance at age 100, and went searching for a trace of Bernstein’s brilliance at one of the many events honoring it.

Ben Marcus’s new short story collection “Notes from the Fog” debuted this week. If it instills you with a need for more short stories by Jewish authors — a specific need, true, but a plausible one — try two admirable collections from the past: Tillie Olsen’s “Tell Me a Riddle” and Isaac Bashevis Singer’s “A Crown of Feathers.”

“Memoir of War,” the film adaptation of Marguerite Duras’s partially autobiographical novel “The War: A Memoir,” is now in limited release. Reviewing it for the Forward, PJ Grisar writes that in the movie’s portrait of life in Nazi-occupied Paris, “absences feature just as much as presence.” This weekend is also a good time to follow through on another Forward recommendation, this time from Daniel Witkin: Plonk yourself down — my verbiage, not his — and revisit the works of Francois Truffaut.

This is the last weekend of the Barrow Street Theatre’s much-heralded run of Stephen Sondheim’s “Sweeney Todd,” which makes for a pleasantly gory watch. Friday marks the start of the Metropolitan Opera’s Summer HD Festival, during which the renowned opera company screens some of their past hits for free at Lincoln Center. This year’s offerings are all worth catching, but for a laugh, make it to opening night, which will feature the Marx brothers’s “A Night at the Opera.” For a more unorthodox pick, catch the classical music and puppetry extravaganza “Falla!” at the Angel Orensanz Foundation, a worthwhile opportunity to see a performance at the converted former synagogue.

On Sunday, the Washington Metropolitan Philharmonic Association presents chamber music from Mendelssohn, Prokofiev and Bartok, making for a melodious Sunday afternoon. Also on Sunday, “Wonder Woman” will screen outdoors at Strathmore, a perfect reason to have one last summer picnic. And a new production of Stephen Sondheim’s “Passion” is a can’t-miss at Signature Theatre.

Friday night, see pianists Timo Andres and David Kaplan perform Rachmaninoff and Stravinsky at Ravinia. Also on Friday, stop by the opening reception for the Chicago Artist Coalition’s “Late August, Early September,” which features work by Iris Bernblum, Jeffrey Michael Austin and Norman W. Long. The lengthy lineup at Constellation this Sunday includes the Aaron Kaufman Levin Quartet; if you care to while away your weekend to the sweet strains of jazz, this is a good pick.

Sunday night, stop by Skylight Books for a reading and talk by Mara Altman, author of the recent release “Gross Anatomy.” And spare a few hours for the Skirball Cultural Center, where you can wander the exhibit “Leonard Bernstein at 100” to your heart’s content.

Leonard Bernstein’s Centenary, ‘Memoir Of War’ And More To Read, Watch And Do This Weekend