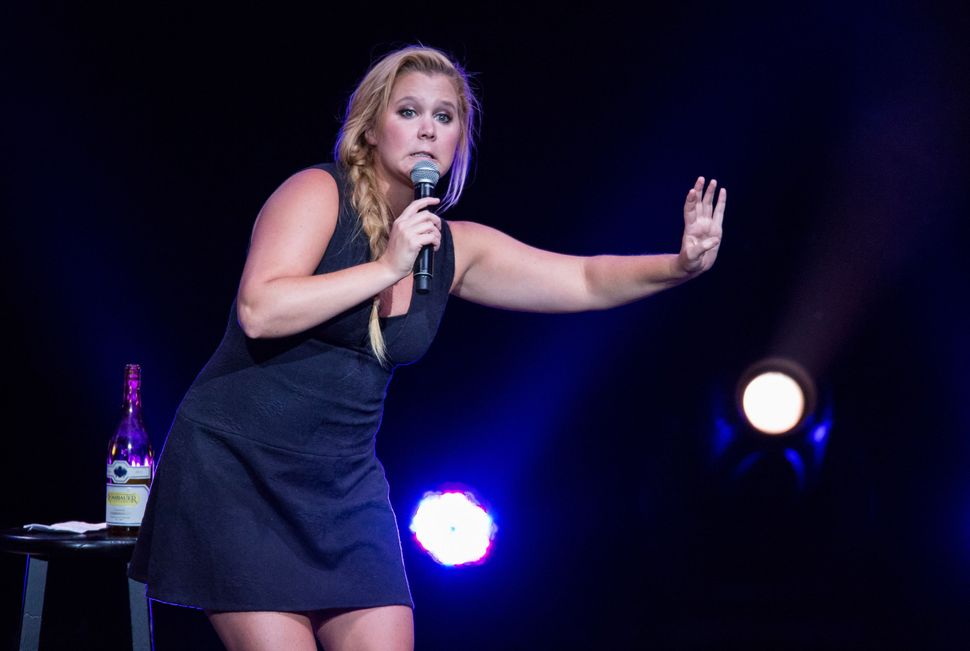 We spend a lot of time here on the Schmooze pointing out male failure, so we figure it’s okay for us to take a moment to say that female celebrity activists need to clean up their acts right now. In the past 48 hours, Susan Sarandon essentially celebrated Donald Trump for inspiring diverse participation in politics, Lena Dunham apologized for co-signing on a fashion line printed with the slogan “Being fat is not beautiful. It’s an excuse.” And today, just two days after publicly announcing her plans to vote for Andrew Cuomo for New York governor in Thursday’s primary elections, Amy Schumer flipped and announced she will be voting for Cynthia Nixon.

Schumer took to Instagram on Tuesday to announce that she would be voting for Cuomo for the hotly-contested race for governor, in spite of reservations. “Andrew isn’t my fav dude But he’s good gov. I wanted to vote Nixon, but sadly, i don’t believe she would know what the heck to do,” she wrote at the time.

Today, Schumer uploaded a photo of herself and her dog post-voting, writing, “We voted. And we voted for @cynthiaenixon couldn’t help it.”

We at the Schmooze aren’t quite sure why this fills us with rage. Is it because the sudden shift in endorsement, apparently a calculated move made after a barrage of fan criticism, exposes that which is facile in ever listening to celebrities pretend to political opinions? Is it because we, as women, are so rarely extended the right to develop and shift our perspectives that seeing another woman do so freely is maddening? Is it that Schumer’s half-baked endorsement of Nixon, late on primary afternoon, seems disingenuous? Is it because Schumer’s use of the royal “we” as pertaining to herself and her dog feels unjust to those of us who have lifestyles that prohibit dog ownership?

It’s become popular in recent years to say things like, “It doesn’t matter whom you vote for. It just matters that you vote. Vote.”

Of course, this sentiment has zero meaning. Voting candidates into public office matters very much. If your following is made up of millions of people, specifically young women, the person you vote for certainly matters. But the person you say you’ll vote for matters even more.