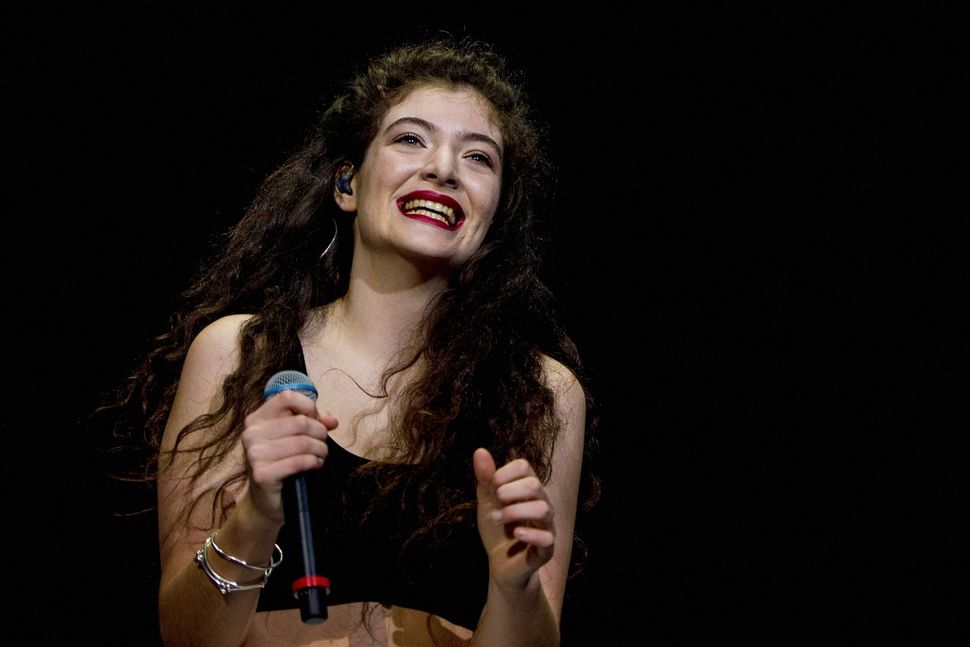 Picture this: You’re going on a date tomorrow with a wonderful-seeming man. A friend of a friend calls you — she heard about your date plans and she wants to warn you that she went on a date with the man, and when she didn’t go home with him he called her a whore. You’ve heard many nice things about this man and have no way of knowing if this is true, but after thinking over your situation for a long time, you call the man and politely rain check. The man calls you and screams that you’re a whore.

Good thing you didn’t go on that date.

Pop-sensation Lorde found herself in a similar position earlier this year when, after receiving massive amounts of criticism for planning a concert in Tel Aviv including a letter from two New Zealand activists imploring her not to play the concert, she decided to cancel. Now, the Jerusalem Post reports, an Israeli judge has ruled that those activists, a Jewish New Zealander named Justine Sachs and a Palestinian New Zealander named Nadia Abu-Shanab, must pay $18,000 to three Israeli teenage girls whose “artistic welfare,” according to the lawsuit, suffered when they were not able to see Lorde play.

This case makes use of the Israeli Anti-Boycott Law passed in 2011, which states that any person who calls for a boycott against the state of Israel has “committed a civil wrong” and can be sued in a civil case. Thus, the suit of the activists, rather than Lorde herself. The cancellation, which the judge found was a direct result of the two activists’ letter, caused, according to the plaintiffs, “damage to their good name as Israelis and Jews.”

Oy. It feels relevant to state here that we at the Schmooze love Israel. But you know what really causes damage to the good names of Israel and Judaism? When your courts demand that activists who live on different continents pay $18,000 for doing what democracies tends to consider free speech.

According to the Guardian, New Zealand officials say they will be looking into whether or not this fine is enforceable under their laws. Spoiler: it won’t be. And the activists say they won’t even consider paying it, but rather are taking this opportunity to raise money for the Gaza Mental Health Foundation.