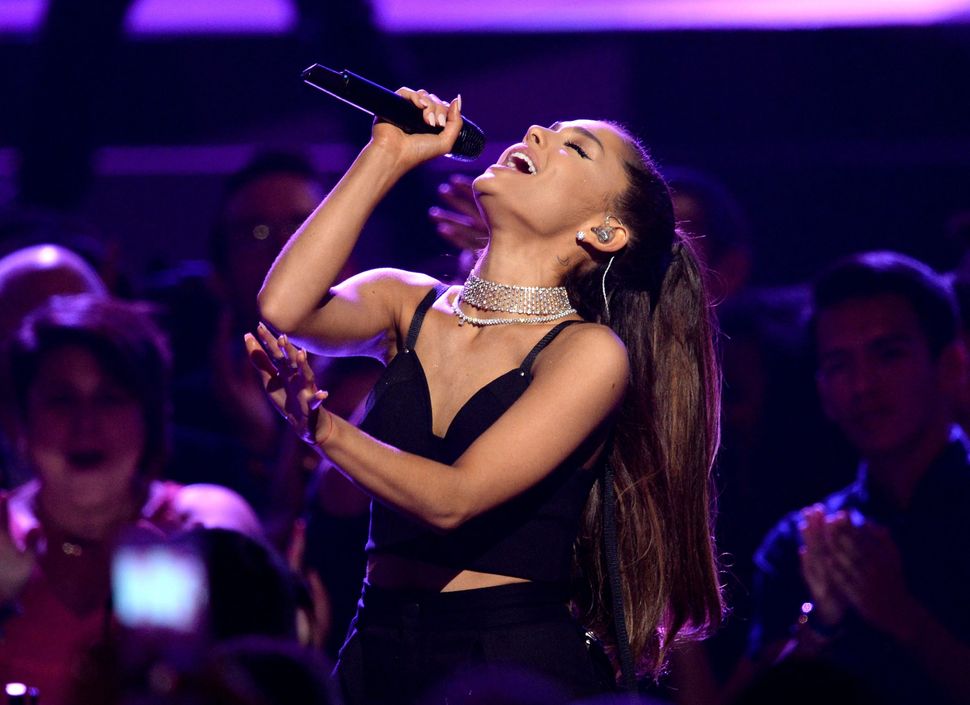 Ariana Grande and Pete Davidson are kaput in case you haven’t heard (and if you haven’t, you’ve clearly been stripped of your wifi because this revelation has been absolutely plastered across the web) and she is over it.

And now, the fallout.

Remember the $93K ring that Davidson gave the pop princess after he proposed? Yes, that ring. The extravagant pear shaped-diamond that led us to enviously curse our pathetic, plebeian lives has now been returned to Ari’s former fiancé. Not that it’s any of our business, but we think this is a thoughtful gesture, and we hope it bodes well for the two staying cordial in the future.

The couple shared a pet pig named Piggy Smallz together. Now, we had many questions about this eccentric choice, not the least that the existence of “teacup pigs” has been debunked — they are just baby pigs that grow up to be 60 pound hogs — but it seems we will never learn what happens when Pete and Ariana co-own a large farm animal. The singer plans to keep the pig. She will also keep the $16 million apartment that she bought for the two to share. We can’t help but wonder where Pete will go after being rendered wealthy-person homeless. We assume his standards have skyrocketed after living the high life with the a-list pop-star so camping out on a friend’s couch might be a difficult adjustment for the funnyman.

The couple embarked on a giddy romantic journey in late May, racking up a grand total of four weeks of dating before getting engaged and pledging to spend their lives together in matrimony, inspiring but also terrifying the public. Goofy and blissful photos of the pair covered every scrollable inch of Instagram. They were spotted wrapped around each other, beaming, everywhere from Disneyland to other parts of Disneyland. Pete had raved publicly about the diva, calling himself a “very, very lucky guy” among many other unprintable comments.

However, the untimely death of her former boyfriend Mac Miller has left Grande devastated, which sources claim led to the demise of the “Grandson” union. We can’t know what really happened between the two clear-skinned starlets (and arguably shouldn’t even be thinking about it!) but we can say that they are both talented young people with their whole lives ahead of them and we are wishing them great mental health and exceptional therapeutic pig-playtime.