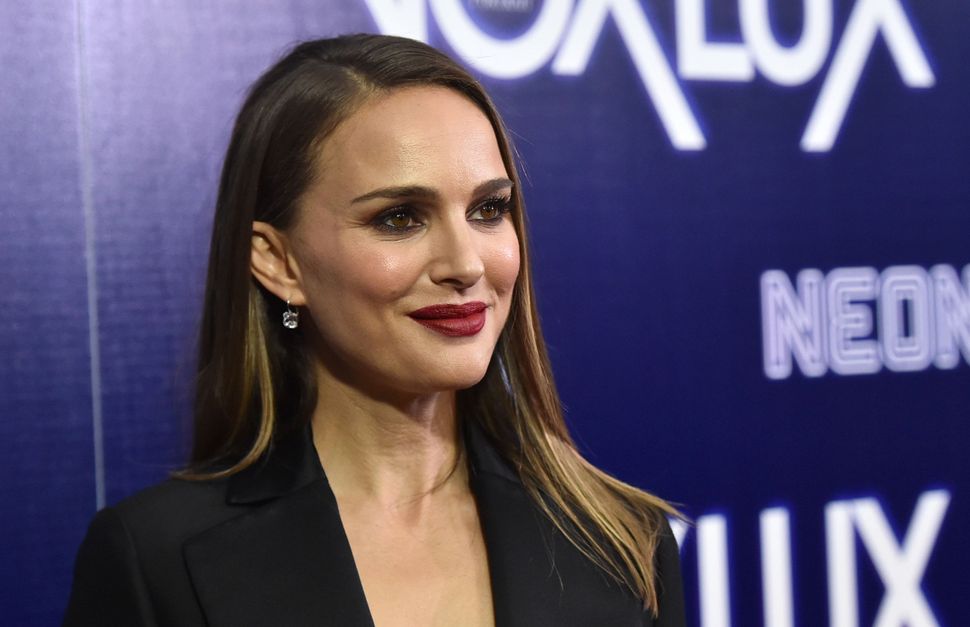 “I do not agree with it,” Portman said, adding, “I only hope that we will be able to truly love our neighbors and that we can work together.”

This is your regular reminder that the cost of having likable Jewish film stars is that some of them might be hyper-educated, well-read thinkers who are capable of dissecting national policy.

Natalie Portman is entitled to her opinions — and her right to speak up.

In the case of Portman, we have an Israeli-born Hebrew speaker who has cultivated a relationship with the country her entire life. She is a dual-citizen with Israel and the United States, and studied in a graduate program at Hebrew University of Jerusalem.

In [an interview she gave while promoting her upcoming movie “Vox Lux,” Portman called the law, passed by the Israeli parliament this summer, “a mistake.” The controversial law states that Israel is the homeland of the Jewish people, and that “the fulfillment of the right of self-determination in the State of Israel is unique to the Jewish people.” It calls the “unified city of Jerusalem” the capital of Israel, and says that Hebrew is the national language of the country (while Arabic has “special status,”) and reaffirms the right of return for Jewish people to Israel. It also notes that “The state views Jewish settlement as a national value and will labor to encourage and promote its establishment and development.”

Critics, like Portman, say that this law disenfranchises Israeli Arabs and Palestinians, and is anti-democratic. Supporters say that the law simply codifies what was already true and accepted concerning Israel. Either way, having a makeup artist on call doesn’t disqualify anyone from having an opinion.

The Harvard-educated Portman has spent ample time in Israel throughout her life and consistently makes her Israeli identity a focus in interviews. She has spoken excessively about her love of Israel and made it expressly clear that she is critical of some governmental policies and politicians, not Israel itself. In 2014, she adapted beloved Israeli writer Amos Oz’s book “A Tale Of Love And Darkness” into a movie which she starred in, directed, produced personally. It was shot in Israel, in Hebrew, and concerned the birth of the country in 1948.

In April, Portman courted massive controversy when she refused to accept the Israeli Genesis Prize, saying, “I did not want to appear as endorsing Benjamin Netanyahu, who was to be giving a speech at the ceremony.” She added that she is not a supporter of the Boycott, Divestment, and Sanctions movement. The prevailing criticism was that Portman should “stay in her lane” and “stick to acting.” One imagines that if she’d accepted the Israeli award alongside the country’s Prime Minister, she would not have been told to “quit it with the politics.”

Natalie Portman: proof a person can reasonably form an opinion on Israeli policies, even if that person anchored the worst-ever “Star Wars” movies.