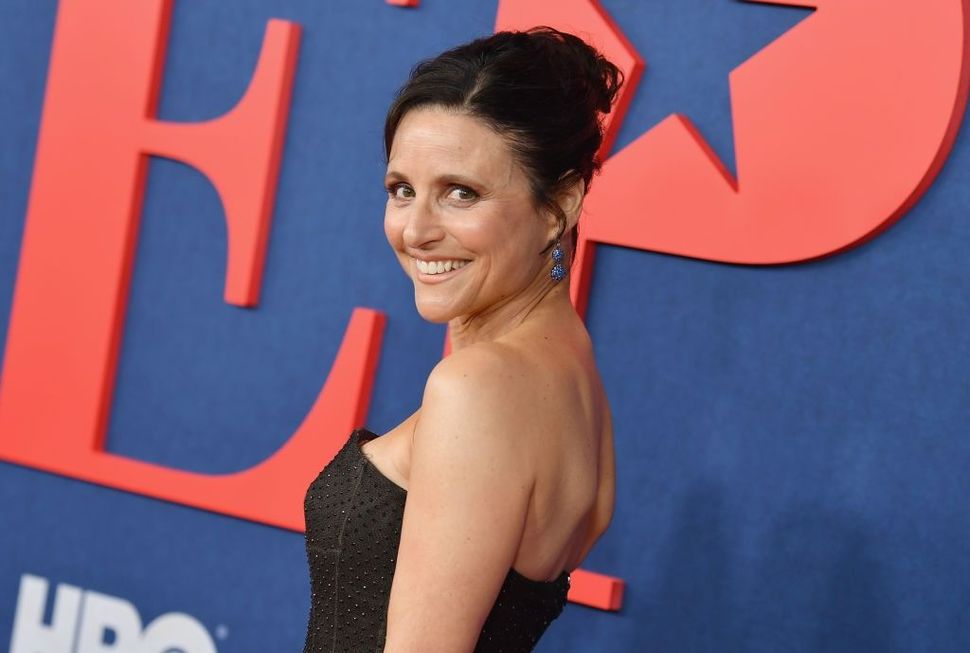 Julia Louis-Dreyfus, star of ‘Veep,’ is the first name in comedy Image by Getty Images

She did the damn thing. On Sunday night, Julia Louis-Dreyfus and the cast of the HBO comedy “Veep” concluded their seven-year run as television’s best and bitchiest comedy.

During her near decade leading the political satire, Louis-Dreyfus won nine Emmy Awards for Leading Actress in a Comedy for her role as Selina Meyer — a record. She received a cancer diagnosis, underwent treatment, and announced that she was cancer-free.

She did significant advocacy work and campaigned for actual political candidates. She cheered on her son, who is bad at basketball. She played herself, in an instantly iconic comedy sketch. She used her platform to invoke her father’s painful history of fleeing anti-Semitic persecution in protest of Trump administration policy that discriminates against people from Muslim countries.

She won the most prestigious award in comedy. She starred in an acclaimed romantic movie. She produced and co-starred with Will Ferrell in a (forthcoming) comedy about a ski trip.

And she anchored Armando Iannucci’s brilliant show. From the opening scenes of the pilot episode to Monday night’s triumphant, brutal conclusion, Julia Louis-Dreyfus stayed on the cutting edge of comedy performance. Anyone who have ever asked if women can be funny is a dingbat. But you’d have to forgive someone, at this point, for asking — Can men be funny?

And while we’re on this unpopular line of thinking, chew on this — Louis-Dreyfus’ career has eclipsed Jerry Seinfeld’s, and their comedy peers. He’s best known for his 90’s-era sitcom. She starred on “Saturday Night Live,” “Seinfeld,” “The New Adventures Of Old Christine,” and “Veep.” She starred in a Woody Allen movie and inspired the character of Liz Lemon on “30 Rock.” She’s returning to film, this time with producing credits in addition to acting. And unlike Seinfeld and many of their peers, she hasn’t alienated fans by refusing to evolve personally or politically. The closes she’s come to a scandal is the Dreyfus Affair.

We’ll miss “Veep,” but we welcome the next chapter in the Louis-Dreyfus legacy. It’s just like Selena Meyers says to Gary: “You’re hanging onto me like a skin tag!”