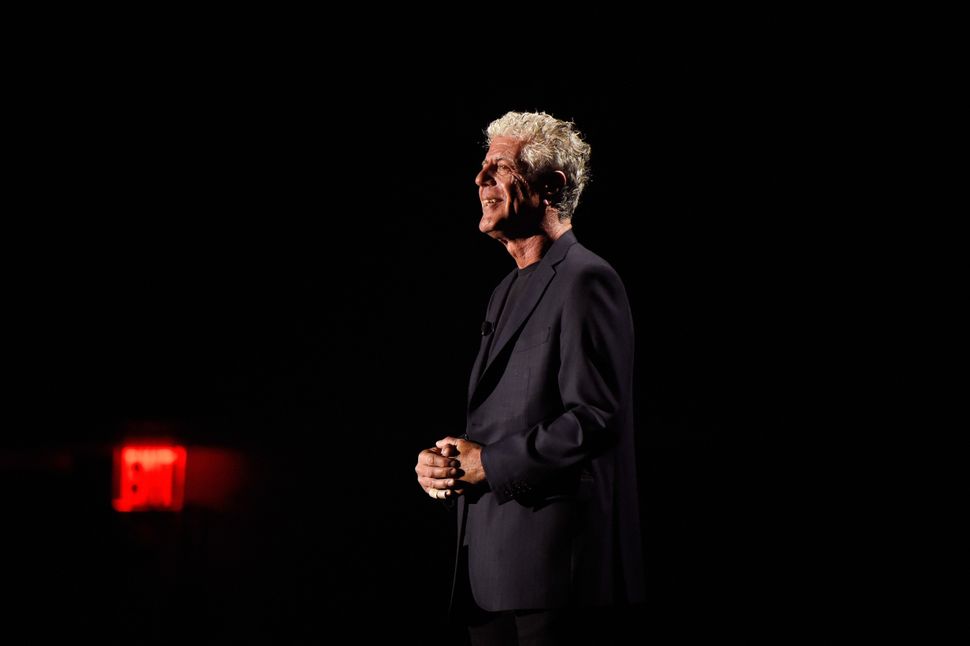 The celebrated chef and adventurer, who occupied a place as a kind of poet laureate of international cuisine, died just over a year ago. Bourdain, who had been open about his struggle with addiction and depression, killed himself in June 2018 while in France, shooting his popular CNN food show, “Parts Unknown.”

Fans of the suave, kindhearted chef have chosen his birthday, rather than the day of his death, to celebrate his legacy. Chefs Eric Ripert and José Andrés, who were close friends of Bourdain, introduced the idea of spending June 25 dining well and working up an appetite for the new, the different, the unknown. The hashtag “#BourdainDay” is trending on Twitter and other social media, per the friends’ requests.

“I only hope people will turn all that grief into happiness of life, and remembering how Tony made the world a smaller place by bringing us all together,” Andrés told Esquire on Monday. “I hope that this is a place that many people will go, will enjoy life, will have a drink,” he continued. “They will cook, they will go to a food truck. They will go to [a] picnic. They will go to [a] street vendor. A hot dog, a fancy restaurant, whatever. And they will toast Tony.”

Bourdain’s huge magnetism lay in his ability to see other people, and to use his privileged position to elevate others in a way that never felt exploitative. His knack for spotting and telegraphing the holiness in others shouldn’t have been radical, but it was. He brought nuance and empathy to the plight of undocumented workers and the Israeli/Palestinian conflict, and roared with delight over foie gras and fried hotdogs.

“Tony showed the guy at a foot stool in Manila the same respect as Thomas Keller in Los Angeles, and treated the woman cooking in an apartment in wherever just as equally,” his brother Chris told CNN this week.

Here are just a few ways people around the world are celebrating Bourdain Day:

First day in Korea and I was able to get breakfast from Starbucks but then remembered it was #BourdainDay so I walked back to where I had seen the locals eating and go really out of my comfort zone trying to say thank you in Korean. pic.twitter.com/AMsnSnyOj9

Restaurant that Anthony and Obama ate their meal in Vietnam. #BourdainDay pic.twitter.com/Px1tnxkTaI

In honor of Anthony Bourdain, I walked into this place in Penang, Malaysia and just pointed at pictures. Enough food for 2, some very spicy, all very good. #BourdainDay

Raising some Cuban coffee and antidepressants for #BourdainDay as a reminder that 1) little things matter 2) mental health is invisible and important 3) we need to talk about these things before it’s too late to talk about them pic.twitter.com/Mt21U46z34

A great way to commemorate #BourdainDay is to bring some ice cold refreshments for the kitchen wherever you’re dining tonight. It’s hot back there!! Tell ‘em it’s from Tony!! It doesn’t have to be beer, but cooks love a cold drink after a long shift! @ericripert @chefjoseandres

Today we celebrate the Life, Legacy & Birth of #AnthonyBourdain. He put us on the map back in 2007, when he visited our little “hole-in-the-wall.”
If you are struggling, there is always someone to talk to…1-8002738255 (National Suicide Prevention Lifeline). #BourdainDay pic.twitter.com/lyPbjxsZ4r

“There it is…my favorite restaurant in Los Angeles. A city with many fine restaurants by the way”—Anthony Bourdain “Parts Unknown: Los Angeles” on In-n-Out. In honor of Anthony Bourdain’s Bday-a trip to In-n-Out: Double Double Animal style (replace thousand island with mustard). Bourdain ordered a double double animal style and explained why it’s first stop as soon as he lands in Los Angeles. He liked the burgers and the company #losangeles #innoutburger #california #bourdainday #burbank #lafood #losangelesfood #la #ca #ilovela

For people struggling with depression and suicidal ideation, Bourdain’s story is particularly painful. The 61-year-old was wealthy and beloved, yet his story ended tragically. But Bourdain spoke honestly about the importance of seeking help and finding ways to live, in spite of the cruelty of depression. Remember that legacy on Bourdain Day. And then get yourself a great taco/pho/escargot.