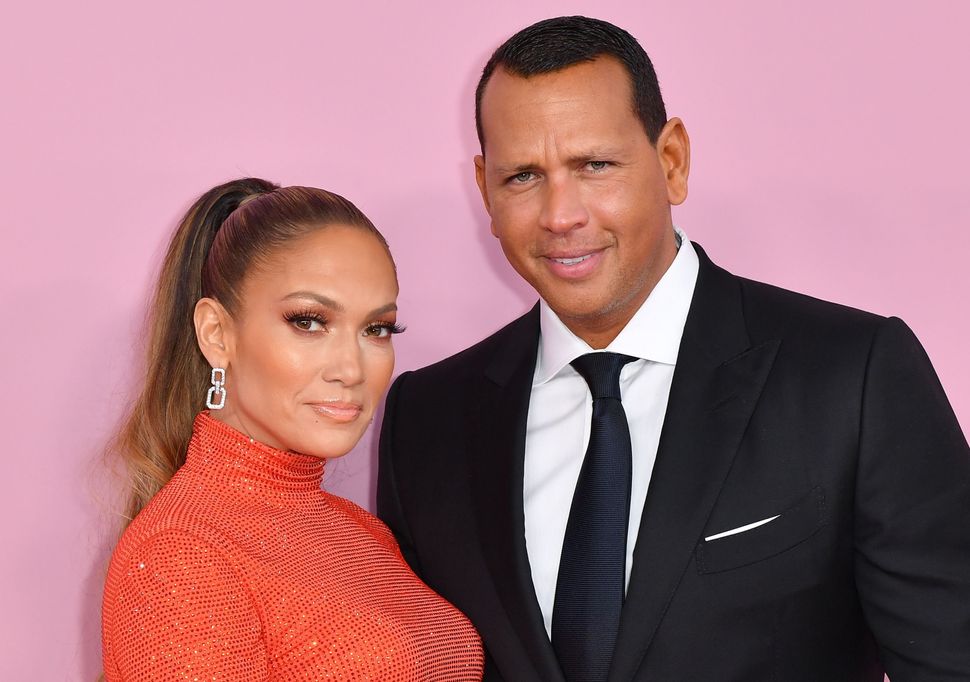 Power-couple Jennifer Lopez and Alex Rodriguez touched down at Ben-Gurion Airport on Tuesday. Lopez is in town to perform a one-night-only concert at Tel Aviv’s famed HaYarkon Park on August 1, a stop on her “It’s My Party” tour, which celebrates her recent 50th birthday, the Jerusalem Post reported.

The pop diva and baseball legend traded the block and Yankee Stadium the Holy Land — it’s a first visit to Israel for both.

And they’re determined to do it right.

The multi-million-dollar couple, who became engaged in March, took an El-Al flight and made the trip a family affair, bringing along Lopez’s twin children with ex-husband Marc Anthony, and Rodriguez’s two daughters from his first marriage. The blended crew is apparently thrilled about their travel plans.

Never one to travel light, Lopez has a 100-person entourage tagging along, including dancers, musicians, and sound and light technicians. She will also be bringing 45 tons of equipment to ensure a stellar show for her Israeli fans.

The performance also marks a special moment in J.Lo’s career – this is her first world tour in seven years, and her first show ever in the State of Israel.

J.Lo might be a beloved icon for fans all over the globe, but that level of attention comes at a cost. Various pro-BDS groups came together in advance of her tour in an effort to stop the singer from performing in Israel. The singer neither acknowledged nor address the efforts, which included a petition begging Lopez to “open [her] heart to Palestinian children,” and to cancel the concert.

She’s not the first person in recent weeks to receive BDS threats over performing at HaYarkon Park even in the last month — Bon Jovi experienced BDS push-back, yet performed to thousands on July 25th.

Nesiya tova, Jennifer, Alex, and company — may it be a journey of milk, honey, and sequins.