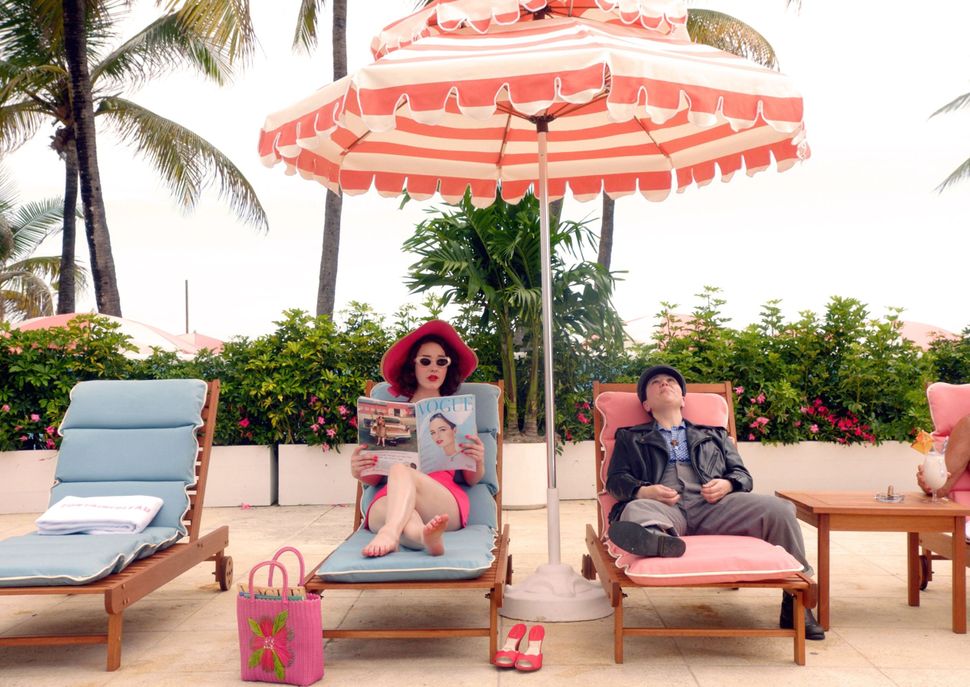 “In 1960 an unmarried woman will take the pill so she can have as much sex as she wants!” our Mrs. Maisel tells a delighted crowd during a standup set in the teaser for the third season of Amazon Prime’s “The Marvelous Mrs. Maisel.”

“As much sex as she wants” is a pretty clear thesis for the third installment of the show, which is up for 20 Emmy Awards in September. If there’s any doubt, the next sixty seconds are filled with Rose Maisel shouting the word “penis,” a shot of a woman’s crotch splayed open and framed in tulle, and the show’s signature line — “Tits up!”

Both “Mrs. Maisel” the show and Mrs. Maisel the character are bonafide smash successes now, and like any success can tell you, they know the only way to go is down. Likely with that in mind, both have kicked up the lewdness, opulence and the pace. Perhaps the most genuinely sensual thing in the trailer is not the many beautiful bodies or crude jokes, but the slinky smile of Sterling K. Brown, who appears briefly in the trailer ahead of his guest arc on the show.

The music, as always in “Maisel,” is perfectly chosen, and there’s a good story about the song featured in the trailer. Miriam Maisel marches around in her pastels to “If They Could See Me Now” from the 1966 Broadway musical “Sweet Charity,” by Cy Coleman. It’s a song about a lovable dancer (and occasional stripper) who finds herself off the street and surrounded by swank after a stroke of luck. Last week, Olympic gymnast Simone Biles used a song from the same musical, “Big Spender,” for her history-making floor routine at the US Championships.

Thanks for the perfect jams, Cy! Oh, if only he could see them now.