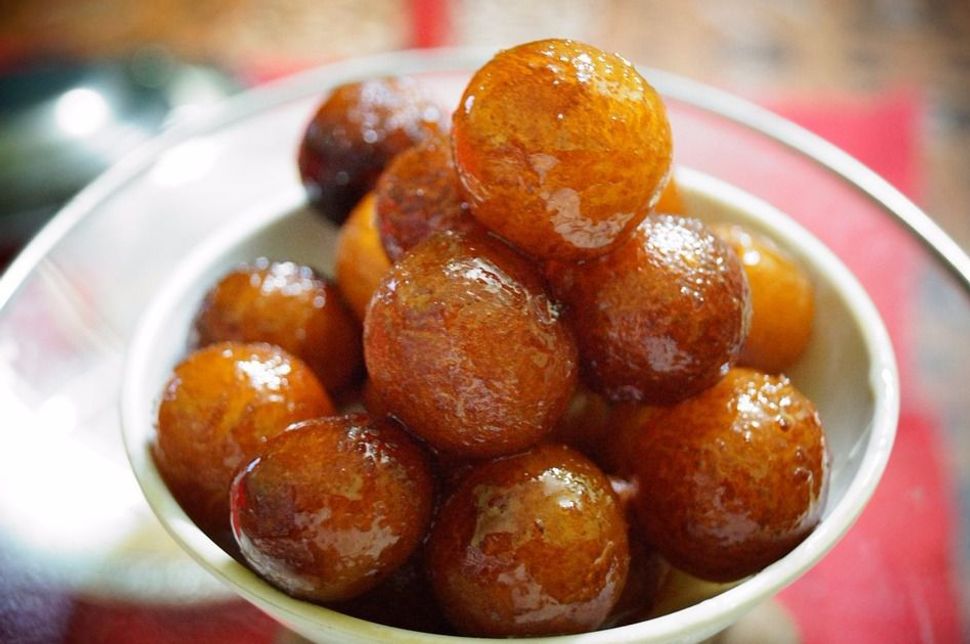 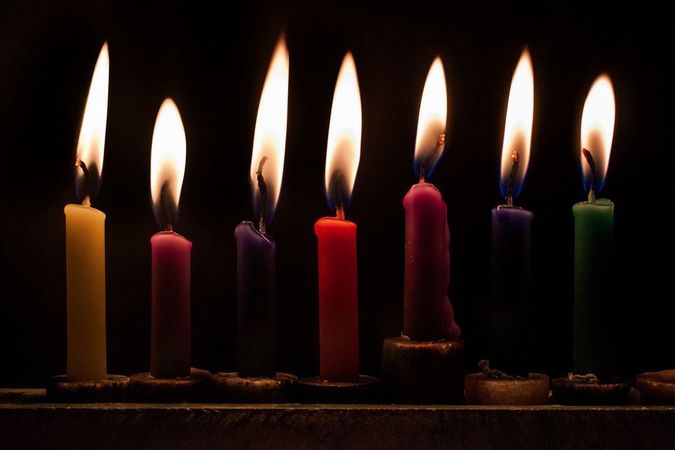 This piece was contributed by Masa Israel Journey — for more information, click here.

This year, like every year since I was a child, I started counting down the days to Hanukkah before the first blow of the shofar on Rosh Hashanah. I just can’t wait for the one week when it’s socially acceptable – and dare I say expected – to eat fried foods every day. Most Americans crave the smells of pine trees and gingerbread — I crave the smells of latkes and jelly-filled donuts.

In recent years, especially after meeting my Sephardic husband and participating in a Masa Israel program, I’ve come to learn there’s much more to Hanukkah than latkes and donuts. For example, we included rice in this year’s Pesach meal (which in my book is a total win #AshkenaziProbs) and during Sukkot we ate pumpkin-filled samsas (the Bukharian version of Samosas).

If you’ve ever been in Israel during Hanukkah, then you know every bakery window from the North to the South are filled with more flavors of sufganiyot (doughnuts) then one can imagine. But you probably didn’t realize Jews around the world also eat these delicious treats during Hanukkah: 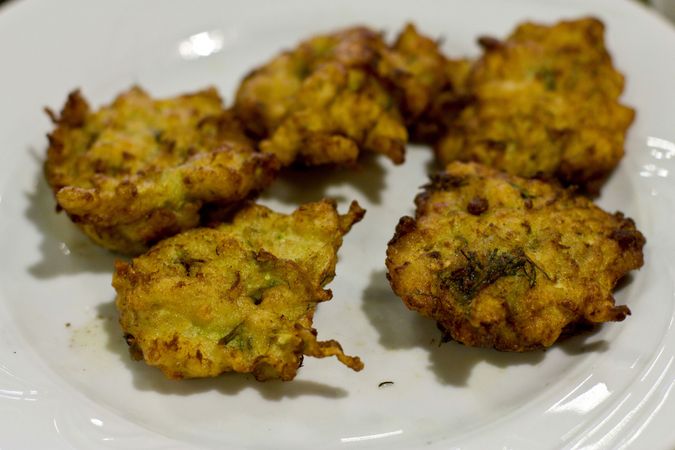 Keftes are any form of fried vegetables or other ingredients (ie: croquets, patties, pancakes, fritters) in Sephardic cuisine. Keftes de prasa are fried leek patties – Imagine a latke, but swap the potatoes for leeks – traditionally eaten on Hanukkah. For a Syrian twist on the keftes de prasa, sauté the leeks in spices like allspice and cinnamon.

Bunelos (also known as bimuelo, birmuelo, bermuelo, burmuelo, bonuelo or bunyol), are fried balls of dough finished off with a sweet topping, like orange or anise glaze. Originating in Spain, these sweet treats can also be found in South American, Middle Eastern and Indian cuisine. From Egypt to Ecuador, Sephardic Jews traditionally eat Bu˜ñelos on Hanukkah, while their Christian and Muslim neighbors eat them on Christmas and Ramadan.

Sfenj is the Arabic word for sponge and perfectly describes these yeast doughnuts that Jews of North African descent eat on Hanukkah. Finish off these bad boys by covering them in sugar, soaking them in honey, or sprinkling them with orange zest. 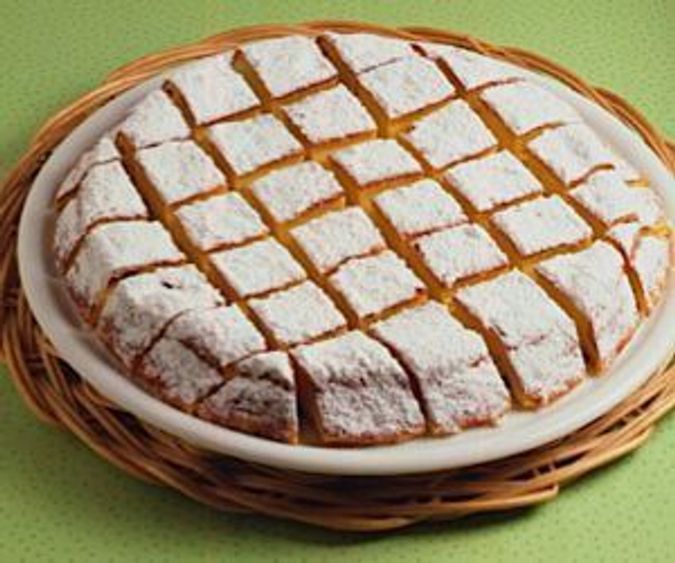 Cassola is popular amongst Italian Jews during Hanukkah and is more or less known as the unofficial Christmas dessert of Italy. However, let it be known the Jews invented this baked ricotta cheesecake, which over time turned into large sweet ricotta pancakes. 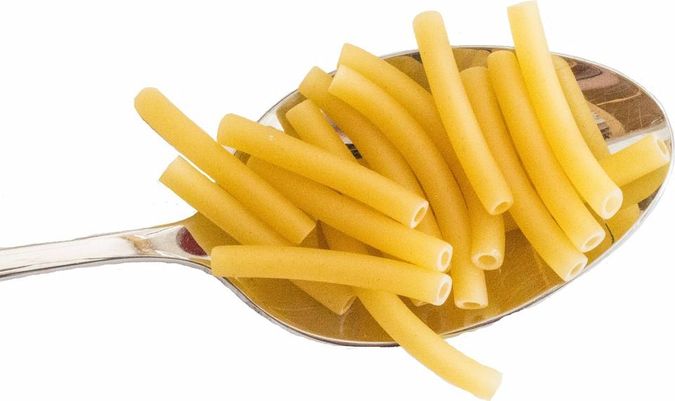 That’s right, pasta latkes are a thing.. A gift from the Romanian Jewish community, substitute fine egg pasta for potatoes, fry until golden, and voila!

Kibbet Yatkeen are the Syrian community’s version of latkes. These bad boys are made with pumpkin and bulgur instead of potatoes. If you get your hands on them, be careful they may come with a kick! 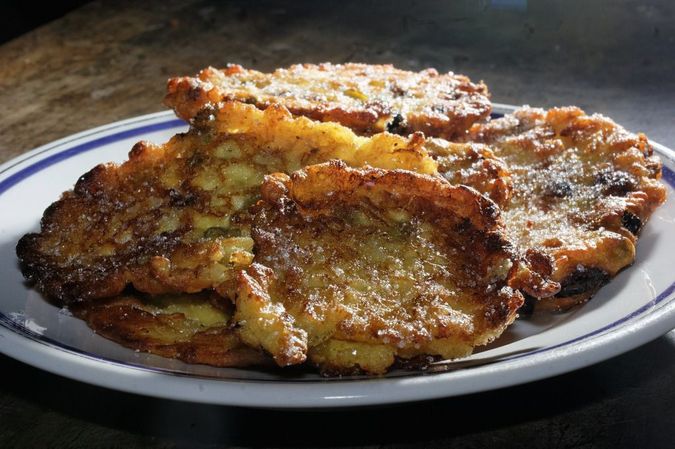 The Italians dominate the Hanukkah food game with another decadent dessert. Frittelle di Riso par Hanukkah, otherwise known as Italian Rice Fritters, are a sweet alternative to the savory latke. 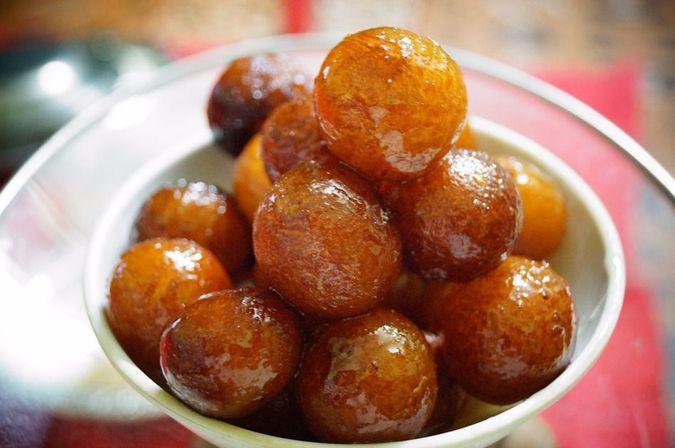 Gulab Jamun, you probably can’t pronounce this decadent treat, and that’s okay. Gulab jamun, pronounced more or less like goo-lab-ja-mon is commonly eaten by Jews of Indian decent during Hanukkah. Gulab Jamon is a dairy-based sweet made of milk solids that are formed into a dough, rolled into balls, fried and then soaked in a sugary syrup. Is your mouth watering yet?

Whether you’re looking for sweet or savory, members of the tribe around the world have plenty of tasty alternatives to your usual Chanukah nosh. Now, you just have to decide where to start.

Masa Israel Journey is the leader in immersive international experiences in Israel for young people ages 18-30. An initiative/project of The Jewish Agency for Israel and the Government of Israel, Masa Israel’s subsidized, individually tailored programs allow participants to immerse themselves in the community and embark on unique journeys that enrich their personal and professional growth.