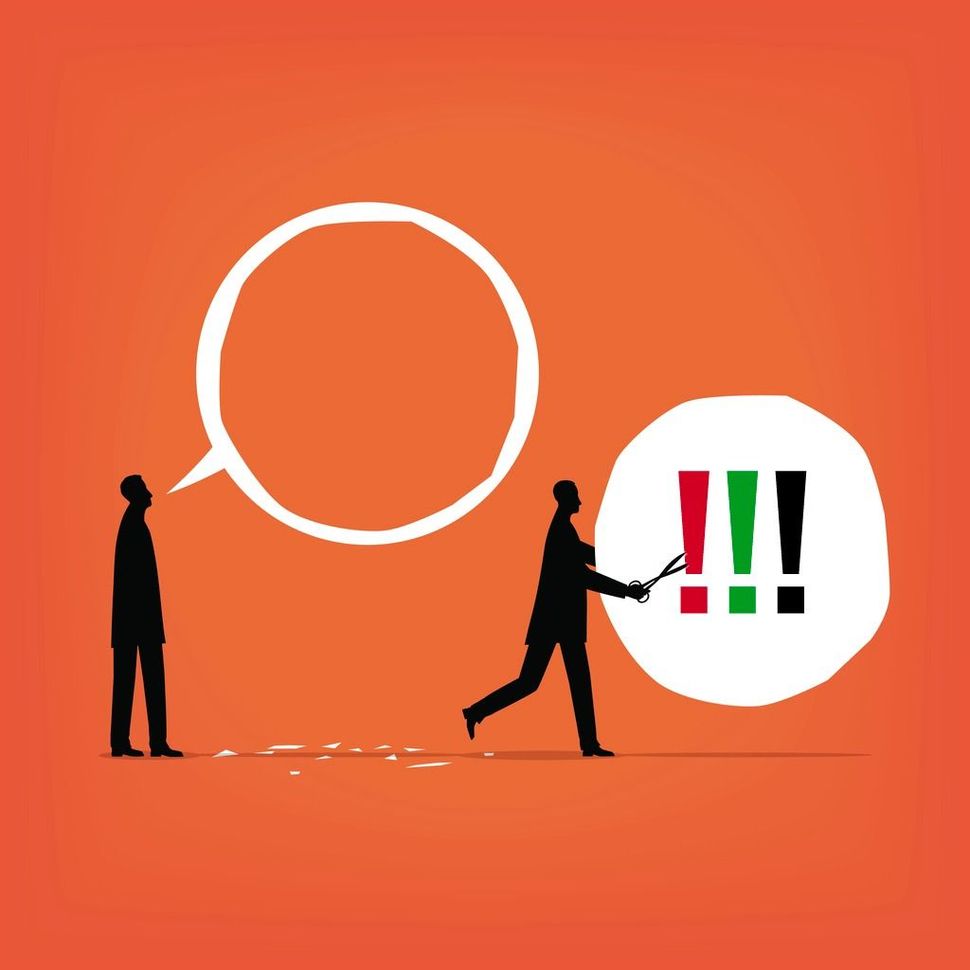 Several weeks ago, the Hillel House at Ohio State University banned from its facilities and its funding an organization of GLBTQ students — B’nai Keshet.

Why? B’nai Keshet had taken part in a coalition of student organizations working to support LGBTQ immigrants — a coalition that included Jewish Voice for Peace (JVP), a group that supports boycott, divestment and sanctions (BDS) against the state of Israel.

Even though the coalition that B’nai Keshet entered had nothing at all to do with the Middle East and never took up any issue connected with Israel or BDS, OSU Hillel revoked B’nai Keshet’s Hillel membership.

Ever since, there has been a swirl of debate about this action. Some have accused OSU Hillel of undermining LBTQ life on campus and in the world, while others have responded that LGBTQ students are welcome at Hillel there and that LGBTQ life is celebrated.

For me, the issue goes deeper: What is the role of Hillel and of debate in the wider Jewish community?

For decades I saw Hillel as one of the few shining lights among “established” Jewish organizations, almost all of which were closed-minded, hide-bound, boring.

How did I come to respect Hillel after ignoring it while I was a college student and grad student? I came to know a Hillel rabbi — Rabbi Max Ticktin, who became one of my most beloved teachers and friends.

Ticktin was ordained by the Jewish Theological Seminary (JTS) after studying with Mordechai Kaplan, a neo-Deweyan, and Abraham Joshua Heschel, a neo-chassid. A strong dose of pluralism!

He spent a year in the turmoil of the Zionist Yishuv just before Israeli independence, where he wrestled with strong pacifist urges but worked with Haganah, Labor Zionism’s armed force.

Then he became Hillel director at the University of Wisconsin, and later at the University of Chicago. There, with Rabbi Danny Leifer, he co-founded the Upstairs Minyan, one of the earliest of the chavurah-style minyanim. During those years in Chicago he served in the underground network called Jane, which arranged abortions for women who needed them when it was still illegal to do so. He joined with students in the Radical Jewish Union.

In 1972 he was named assistant national director of Hillel. When he came to Washington for that job, he joined not a fancy synagogue but a small chavurah minyan called Fabrangen, then just a year old, of which I was a member. He continued doing what had already been part of his work for Hillel — recruiting new directors — learned, creative, independent-minded and passionate people of varied Jewish backgrounds, all committed to Jewish pluralism. Above all, pluralism.

A few years later, he and I met with two pro-peace officials of Fatah when it was anathema in the Jewish world to do so. These particular Fatah members had come to the U.S. seeking Jewish support —- then given only by a small minority — for a two-state peace. They hoped to build support for that position inside the American and Israeli Jewish communities and then in Fatah, where that was still a minority view but was gaining adherents. Max — and then Hillel rabbis who had like Max joined Breira, the first American Jewish organization to pursue a two-state peace between Israel and Palestine — were bitterly attacked by right-wing Jewish organizations. But Hillel stood fast in their support.

For years, Hillel for me was the extended family of Max Ticktin, a shining light for multiple forms of Jewish practice and multiple approaches to major Jewish issues.

The national prohibitions banning Jewish groups or individuals with “un-kosher” views about Israel from taking part in Hillel, and its application in exactly such cases as the expulsion of B’nai Keshet, changed Hillel into just another heresy-hunting Jewish organization.

The standards not only prohibit discussion of BDS, they forbid “applying a double standard to Israel.” This would have seemed strange to my grandmother, who said it was a “chillul hashem” — a desecration of God’s Name — when Jews acted badly. That insult did not apply to non-Jews acting badly.

She held Jews to a higher standard, and would have thought Jews are obligated to hold the State of Israel to a higher standard than other nations, because it claims to be the Jewish state. Criticizing Jews who acted badly was a Kiddush Hashem — an affirmation of God’s Holiness.

For me, the legitimacy and value of criticism is a central issue. If we erect a carved-out piece of the great flow of the universe into something that cannot be criticized, that something is an idol.

At our best, Jews are willing to criticize even God, who welcomed criticism by Avraham Avinu, and are willing to wrestle with God as Jacob did, even to name ourselves the Godwrestlers. At our worst, as Torah and the Prophets warn, we erect idols. Often, we worship them because they come in the form of gold, as our forebears did in the very shadow of Sinai.

I think it is an act of idolatry to forbid criticism of the State of Israel — its government, its culture and society, even its existence as a Jewish state.

I myself, on national television, have strongly criticized the BDS movement’s call for boycotts, etc., against all Israeli institutions. For that and other reasons, I find myself in important disagreement with Jewish Voice for Peace. But they are in fact part of the Jewish community –– no less so then the right-wing Zionist Organization of America (In fact, if numbers are one measure of who is part of the community, on most college campuses there are probably more flesh-and-blood Jews in JVP than in ZOA).

Both of them should be entitled to take a full part in every Hillel on every campus.

For me, the point is that the National Hillel regulations are idolatrous. Psalms 115 and 135 point out that idols have mouths but do not speak, noses but do not breathe — in short, are dead. And then the Psalms warn us that those who make or trust dead idols become like them –– dead.

So it is not surprising that at OSU, obeying the idolatrous rules ended up punishing an organization that was carrying out the life-giving mitzvah of supporting LGBTQ immigrants.

In my view, Hillel at OSU should have refused to obey idolatrous rules imposed by National Hillel. If Hillels throughout the country were to take a principled stand against idolatry and insist that discussion of Israel, like all other Jewish issues, must be open to all views, Hillel International might well face its own idolatry and do tshuvah — turn itself in a new — or old! — direction.

It might become again an institution that could honorably honor Rabbi Max Ticktin.