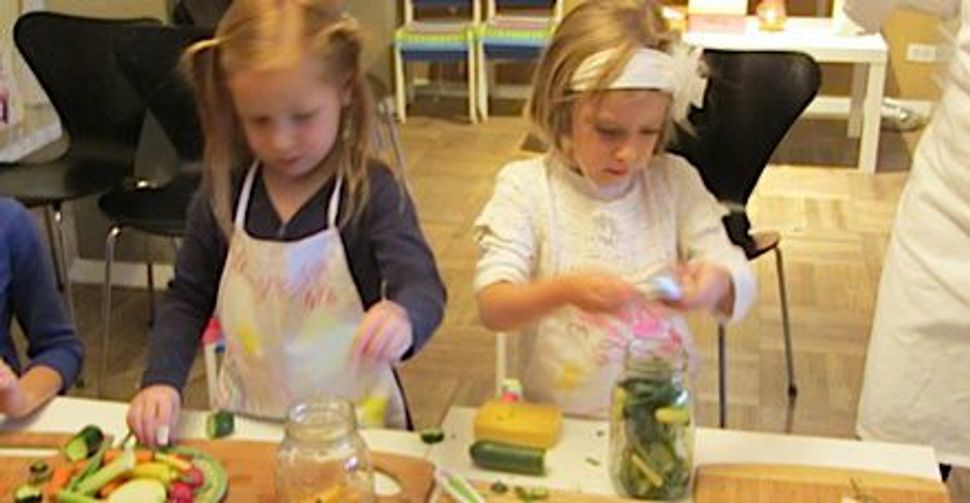 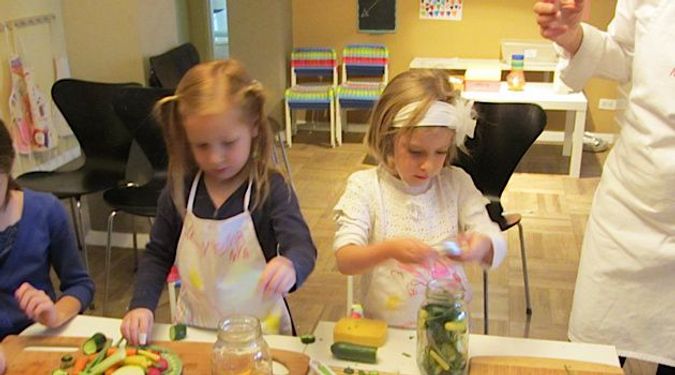 A Tasty Lesson: Cooking Classes will be offered as part of Jewish Journey Project. Image by You are because you eat

For generations of Jewish kids, Hebrew school has meant three or four, often boring, afternoons a week of classroom lectures and laborious language learning in a set curriculum. But thanks to a radical new pilot program starting this fall in New York City, students from third to seventh grades can learn about Jewish history, religion and social activism through classes like Bible Raps, Hebrew Detective Society and Midrash Manicures.

The program, called the Jewish Journey Project, aims to engage students with course material in nontraditional ways by incorporating studies with their existing hobbies and interests. A brainchild of Rabbi Joy Levitt, executive director of the JCC in Manhattan, the JJP has taken shape with collaboration from seven New York City synagogues, the 14th Street Y and other city Jewish institutions.

“For many families, the traditional Hebrew school model just wasn’t serving them well,” said Rabbi Lori Forman-Jacobi, director of the JJP and a 24-year veteran of Jewish education. “We want to meet a child where they are, with something that’s flexible, inspiring, and collaborative instead of just ‘top-down’ learning.”

The project’s educational model centers around each student’s “journey,” which they can create themselves by choosing courses in five different subject areas, or “pathways”: Torah, God & Spirituality, Hebrew, Jewish Peoplehood and Tikkun Olam. Classes are offered within each of these subjects at various times during the week, which makes life easier for parents as well as students.

Each class provides a student with a stamp for a “passport,” which, along with an online “travel journal,” allows the participants to keep a detailed personal record of what they’ve learned. There are no mandated requirements; students are able to select courses individually according to what interests them, and can even request to take classes with friends.

“The first thing we do with a student is ask them what their interests are. We want to give them a way to express their Jewish identity and show them that it’s not either/or with their other pursuits,” said Jessica Minnen, assistant director of JJP. “The last thing you want to tell a kid is ‘no, you can’t take dance because you have to go to Hebrew school.’”

For New York attorney Laura Gottlieb Feldman and her two children, the flexible schedule was a major boon.

“I have two kids’ schedules to juggle, but I want them to learn to read Hebrew and be with other Jewish kids,” said Gottlieb Feldman.

Gottlieb Feldman and her family are members of the Society for the Advancement of Judaism, a Reconstructionist congregation on the Upper West Side of Manhattan that has replaced some of its Hebrew school program with JJP classes. For members of such “partnership institutions” that are piloting the program, families only pay the congregation’s standard tuition. Members of non-piloting partner synagogues will have to pay full tuition through the JCC in Manhattan, which is $2,000 for JCC members and $2,200 for non-members. The program is also open to members of congregations not participating in JJP’s pilot year, and even to families without a formal membership to any synagogue. 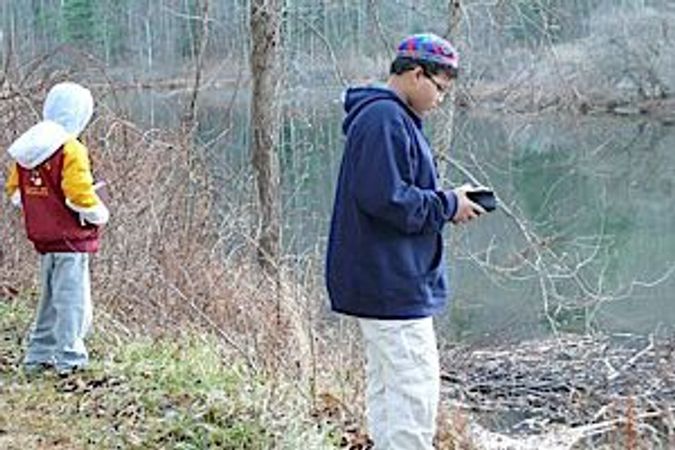 The Great Outdoors: JJP students will have a chance to learn, and pray, outside. Image by Teva Learning Alliance

Though children may take afternoon courses at their home synagogue, the program also allows them to learn at other synagogues, as well as participate in evening and weekend events at locations throughout Manhattan, including JCCs, Y’s, museums and parks. Still, despite the options for learning far afield, Forman-Jacobi wants it clear that “we’re not trying to undermine the synagogues” as home base.

“Each synagogue has their own advisor that we partner with,” added Minnen. “We want to stay connected to the synagogue itself.” Regular meet-ups for JJP students at synagogues will help to encourage and maintain a congregational community, and the JJP will not provide individual instruction as preparation for a bar or bat mitzvah.

JJP also has support from non-participating congregations in the area. Rabbi Shira Koch Epstein, associate rabbi at Congregation Beth Elohim in Brooklyn, which offers a similarly diverse roster of classes, met the project with enthusiasm and an eye towards its future. “I’m interested to see how they’ll create community and learning tools for participation,” she said.

So far, 145 participants from three synagogues have signed up for JJP’s pilot program for the fall of 2012, with four more synagogues due to contribute students before classes start in October.

Gottlieb Feldman, who was one of a small group of SAJ members who discussed bringing JJP to their congregation, says the program sounded “amazing from the start. It’s taking advantage of all New York has to offer and making it fun. It’s not Hebrew School the way I grew up. ”

It’s a sentiment shared by JJP faculty as well. For the teachers as well as the students, JJP is a chance to combine and distill a variety of interests in a holistic Jewish learning experience.

“I remember sitting in Hebrew school as a kid, bored to death, and thinking, ‘I’d do this better,’” said teacher Mick Fine, adding: “the common trope is that it’s just a bar mitzvah factory.”

Fine, who has a master’s degree from Brandeis in teaching Hebrew and who has worked for years as a Jewish educator, will teach a course called “Back to the Future … of Jewish History” that will explore Jewish identity throughout historical periods, with hands-on projects like illustrating pages of biblical stories based on designs from medieval Spain. “The kids will work off of other artists, make their own colors, really grapple with imperfection,” he said.

Samuel Klein, a second-year student at Yeshivat Chovevei Torah who is also engaged with contemporary art and dance, sees teaching at JJP as an opportunity to incorporate more participatory elements, like movement and expression, into Jewish learning. His course “Here I Am: Finding Our Jewish Voices” will challenge 12- and 13-year-old students to “communicate themselves to an audience authentically and effectively” with creative writing, recorded speeches and what Klein calls “360-degree feedback” from himself, the students’ peers and their audience.

Other classes will merge form and content more closely, said Minnen, including a course about “Jews on the Run” that combines the history of the Jewish Diaspora with training for a 5 kilometer footrace.

Yet, despite following a nontraditional school model without tests and homework, the teachers of the JJP intend to establish rigorous standards for their students. “I’ve set the bar very high,” Klein said of his public-speaking class for 11 young adults. “It might be quite scary for kids when they realize they can’t just check out, but they will gain an enormous amount from that challenge.”

The emphasis on active class participation was a big draw for parents like Gottlieb Feldman, whose son Max will be taking a class that teaches Hebrew language skills through participation in obstacle courses.