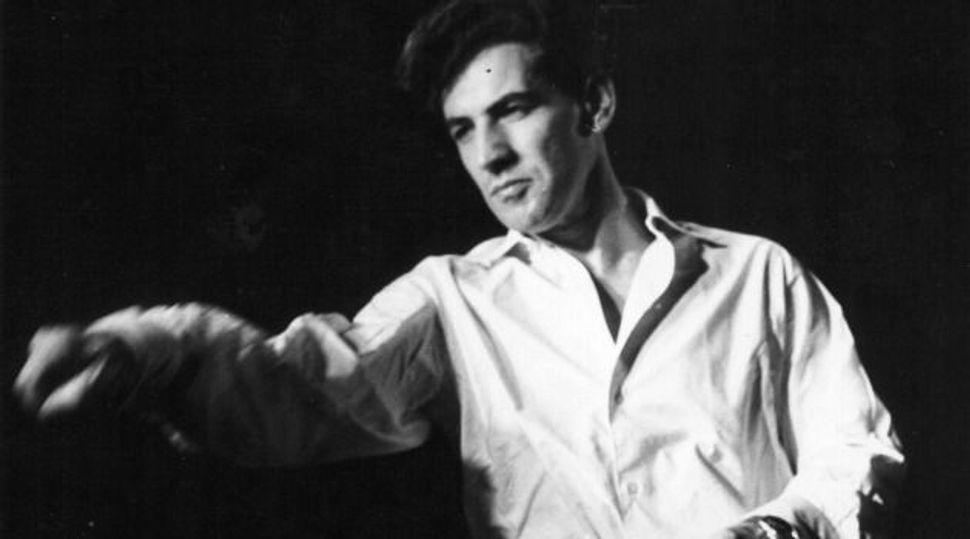 Viva Las Bernstein Unlike some of today?s conductors, Leonard Bernstein refused to shill in commercials. Image by Getty Images

Although marred by unexplained omissions and bowdlerizations, the publication of “The Leonard Bernstein Letters” brought to mind a dinner I attended at Bernstein’s Fairfield, Conn., home around 30 years ago. Unlike the interviewer, Jonathan Cott, author of “Dinner With Lenny: The Last Long Interview With Leonard Bernstein,” I did not ask the maestro any portentous metaphysical questions. I did not ask any questions at all — I was there as a friend of a friend, to look and listen.

Early in the evening, Bernstein told me that I looked exactly like a physician he knew, and that I even smiled the same way as his doctor friend. This cast me in the somewhat uneasy role of diagnostic observer for the rest of the get-together. There was plenty to listen to, since Bernstein verbalized everything in life, never letting anything speak for itself, least of all music. His personality and music-making encompassed all the apparent contradictions, from the intellectual refinement of his performances of orchestral versions of Beethoven string quartets and Haydn symphonies to pugilistic performances with New York aggressivity of symphonies by Albert Roussel and Carl Nielsen.

After such performances, as in his much-publicized renditions of Mahler, Bernstein would be drenched in sweat, breathless and staggering, like John Garfield at the end of a boxing movie.

Bernstein was rather more relaxed at the dinner in question, which occurred right after the Houston premiere of his opera “A Quiet Place” and his recording of Wagner’s “Tristan und Isolde.” Bernstein seemed ultra-aware of every critical slight to his musicianship. Some derided his self-identification with compositions as an insertion of his own ego into musical pieces, even claiming that when Bernstein conducted Mahler’s Eighth Symphony, and the chorus sang “Veni Creator Spiritus” (“Come, Creator Spirit”), it sounded like “Lenny, Creator Spiritus.”

On that night, despite copious food and drink — Bernstein continuously smoked and drank whiskey — he remained in a seemingly vulnerable mood, although the spectacle of him voraciously and noisily devouring corn on the cob did at least divert the other guests. After the meal, which included a variety of wines and a rich dessert, Bernstein continued the conversation while standing next to his chair; he leaned on it for support as he did a series of balletic pliés, perhaps to aid digestion.

Bernstein’s table talk ranged from verbal games, such as identifying the first sentences of famous — or obscure — literary works, to “harelip jokes,” in which the punch line is delivered by spitting as if with a speech impediment, to compositional ideas misunderstood by critics. He seemed to have memorized every critical slight, even from otherwise laudatory reviews, such as one by the critic Andrew Porter of “A Quiet Place.”

After dwelling on the negative reception of “A Quiet Place,” he shifted to the topic of “Tristan und Isolde.” The record producer John McClure had complained about Bernstein’s slow tempos, particularly in the opera’s prelude. Bernstein reported indignantly: “John said, ‘We’re dying in here!’” referring to the sound engineers in their studio booth, waiting for the prelude to finally end. At the end of the session, Bernstein said that he saw a figure that hurtled down the aisle and embraced him. It was the old Austrian conductor Karl Böhm, who, despite having been a fervent Nazi during World War II — conducting official concerts to celebrate Hitler’s birthday and Nazi military organizations — became a friend of Bernstein’s later in life. Bernstein recalled that he could smell Böhm’s “fetid breath” as he exclaimed, “At last someone has dared to conduct ‘Tristan’ the way it should be heard.”

If Böhm and Bernstein seemed unlikely chums, they are only one example of sometimes unexpected alliances — including the friend whom Bernstein called “Herbert,” another notorious Austrian Nazi conductor, Herbert von Karajan. These could baffle some onlookers. The American Jewish composer Marc Blitzstein wrote to Bernstein angrily, asking how Bernstein could work and socialize with the choreographer Jerome Robbins after the latter had betrayed friends by denouncing them to the House Un-American Activities Committee to save his own career. Bernstein apparently felt that his friend’s talent excused vile behavior, or that by forgiving others, he himself might be more easily forgiven for his own trespasses.

I had been introduced to Bernstein as a friend of the poet James Merrill, whom Bernstein much admired, particularly for his “The Changing Light at Sandover,” in which the poet communicated with the dead via a Ouija board; this was not long after the death of Bernstein’s wife, Felicia Montealegre. Yet Merrill had been offended when, in response to a luncheon invitation to his home in Key West, Fla., Bernstein appeared, without forewarning, accompanied by an entourage of admirers, all of whom expected to be fed. An earlier poetic enthusiasm of Bernstein’s, W.H. Auden, who inspired his “Symphony No. 2: The Age of Anxiety,” was equally exasperated by Bernstein. This may have been because Auden, as he wrote in an essay on Oscar Wilde, disapproved of gay men marrying women, believing that pain would inevitably be caused by such betrothals.

Despite such personal missteps that alienated others, Burton Bernstein, his brother, wrote in a memoir that Bernstein had “absorbed the Jewish concern for ethical principles.” Even when his later lifestyle could seem akin to an ancient Roman emperor’s, Jewish ethics and self-restraint remained part of Bernstein’s emotional makeup. This is evident from the most insightful publication to appear so far about him and his Yiddishkeit, Jack Gottlieb’s “Working With Bernstein.” Possessing sincere feelings about a conductor’s sacerdotal role in society as educator, Bernstein refused to appear in advertisements or commercials, unlike today’s conductors, like Lorin Maazel, who shill for Swiss watches and other luxury goods. Some maestros advance their careers by befriending political tyrants, as in the case of Valery Gergiev’s hero worship of Russia’s Vladimir Putin, or Gustavo Dudamel’s admiration for Venezuela’s anti-Semitic dictator, Hugo Chavez. Bernstein was ready to be unpopular with those in power if he disagreed with what they stood for. Richard Nixon notoriously despised Bernstein’s left-wing beliefs, and in 1989, Bernstein refused the National Medal of Arts after the administration of President George H.W. Bush censored a gallery exhibit that featured a work with AIDS as its theme.

Usually exhibitionistic, Bernstein could also be discreet about tzedakah, making regular unpublicized charitable donations. His good intentions did not always lead to the best results: Our dinner concluded with a loud meltdown from one of the domestic staff, who wailed in Spanish about the late hours her job required; Bernstein embraced and comforted the weeping employee. But despite such crises, and beyond the interpretive details of the many recordings that he left behind, all music lovers must admit that here was a mensch.