Our favorite stories of 2020 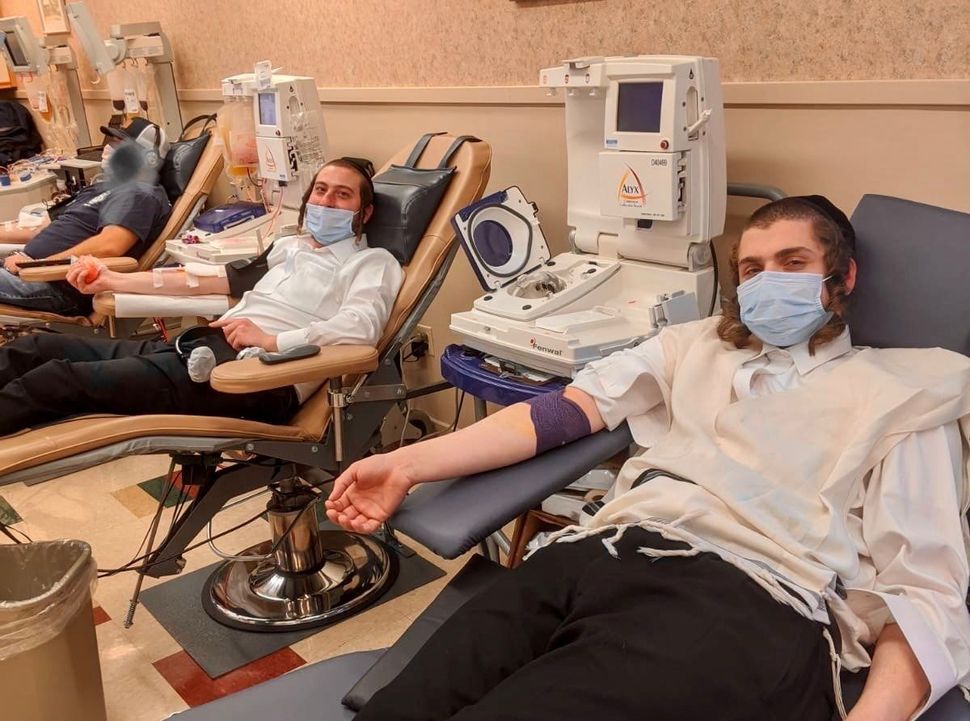 It happens every year: By the time the winter holidays roll around, we can barely remember the stories that thrilled us, pained us and made us think in the months before.

Yet often, those stories are just as important in retrospect as when they were first published — sometimes even more so. So as a staff, we’ve taken the year’s impending end as an occasion to think back on our colleagues’ work, and give new life to the stories that will stay with us as we move into the new year ahead.

This year, that work has been particularly bittersweet, a reminder both of how much we have lost and of the acts of tremendous bravery and empathy that arose in response to exceptionally trying circumstances. 2020 has been a year of multitudes. These are the stories that, looking back, help us see it most clearly; we hope they’ll do the same for you.

One small and relatively inconsequential casualty of coronavirus has been the personality profile — the sort of story in which a reporter spends enough time with a subject to allow the reader to see the world through that person’s eyes. Reported well before the pandemic, Talya Zax’s profile of Russ Murdock, Philip Roth’s longtime caretaker, offers a master class in profile writing. While Amanda Chemeche’s profile of her father, one of the last remaining artists in the Chelsea Hotel, gives some hint of what we’ve lost along the way.

Of course, even in these socially-distanced time, there’s a lot a writer can do with email and a telephone, as PJ Grisar demonstrated in his profile of a Modern Orthodox Santa Claus who sees no contradiction between his faith and his profession. The pandemic may have taken a job away from Len Berk, a 26-year veteran of the Zabar’s lox counter, but it led him to a new calling — writing as the Forward’s lox columnist.

And, yes. the pandemic may have forced the Forward’s contributing art critic Anya Ulinich to pack up and leave her home in New York, but it led her to write one of her best essays. Of course, one job that endures, pandemic or not, is that of the critic. And the Forward’s Jackson Arn, writing here about the late Mad! Magazine cartoonist Mort Drucker, is one of the best.

Ari Feldman’s “Nick Cannon and Public Enemy’s Professor Griff were both called antisemitic. Only one recovered” is just one of those stories that expands your conception of what Jewish journalism can and should be. The piece contrasts Professor Griff, a rapper whose career was derailed by antisemitic comments in the 1980s, with TV host Nick Cannon, who worked with several Jewish leaders in an informal teshuva process after making antisemitic comments on a podcast appearance with Griff in July.

It’s an examination of the outsize role Jewish organizations can play in rehabilitating (or not rehabilitating) public figures who have offended Jews, and the ways in which accusations of antisemitism can stick to Black celebrities in a way that rarely happens with their white counterparts. Without diminishing the seriousness of Griff and Cannon’s comments, Ari cast a critical eye on communal responses to antisemitism that often go unquestioned.

My favorite story of the year was opinion editor Batya Ungar-Sargon’s piece “A new intelligentsia is pushing back against wokeness.” It was fascinating to hear the perspectives of Black academics on the fight against racism, especially since many of their comments were not what I expected. The arguments they gave were very persuasive. And Batya’s introduction to the piece gave us enough background for us to understand why the professors came to these conclusions.

Ari Feldman’s last article for the Forward, about how Brandeis University Press censored an essay about Jews and white supremacy, was a quintessential Forward story. It broke news, asked difficult questions of an important Jewish institution and brought divergent voices into conversation over arguably the most pressing political story of the year.

Talya Zax’s story on Philip Roth’s caretaker left a lasting impression. I defy anyone who reads this not to come away with a much deeper understanding of Roth, and an indelible image of worn brown clogs by a farmhouse door — as revealing a detail as ever made it into a Roth novel.

Ari Feldman’s profile of Dr. Vladimir Zelenko, a prominent and controversial figure in the early days of the coronavirus pandemic, wasn’t just a scoop, it was a master class in compactly and thoroughly conveying the essence of a controversial character in a way that allows the reader to see nuance and humanity.

Louis Keene showed how systemic racism operates in the real world by delving into how gang sweeps helped gentrify his own once-Jewish neighborhood. The piece went beyond slogans and rhetoric to show what it means to benefit from an unfair system.

Irene Katz Connelly looked at her own feelings about being the daughter of an interfaith family through a reflection on the marriage of Vice President-elect Kamala Harris and Doug Emhoff. It was a short piece that managed to celebrate, confess and indict all at once.

Vivien Sansour writes about her native Palestinian food with passion and distance. I love every piece she’s done for the Forward, but my favorite recounts her favorite dish, riqas o adds, a plain meal of noodles and beans that is so basic none of my Palestinian cookbooks even mentions it. But in Sansour’s essay it evokes the power of her grandmother’s cooking, in its beauty and in its oppression.

The pieces that have lingered with me include Talya Zax’s astute deconstruction of Andrew Cuomo’s “thirsty” Yom HaShoah post and Irene Katz Connelly’s balanced dispatch on a clothing company called “Shtettl.” Both articles thrived by frolicking around third rails — Talya with the Holocaust and a governor’s sex appeal; Irene with a fashion brand mining its image from our ancestors’ enforced poverty and regular brutalization by Cossacks. Also, Talya’s piece on Philip Roth’s home’s caretaker and Irene’s deeply-reported return to a Jersey City shaken by an antisemitic shooting are must-reads.

I also loved Ari Feldman’s extremely empathic piece on Professor Griff’s journey toward teshuva and his profile of the eccentric doctor championing Trump’s favored COVID “cure.” Both are stellar examples of Ari’s diligence and care for prickly subjects on the periphery of big conversations.

I’d be remiss if I didn’t also mention Molly Boigon’s enterprising and urgent work with her Fahrenheit 411 newsletter about disinformation and her innovative audio reporting on millennials speaking with their parents about race.

Finally, I must acknowledge what is probably the most important piece of coverage in a year full of it: My own drash on Mike Pence’s pet fly, which one commenter and devoted fan called “vacuous and so not worthwhile.”

I’ll preface this by saying I don’t remember anything that happened before the high holidays. The pandemic has ruined my memory as each day has blurred into the next, with so many crazy events that they stopped standing out.

But I do remember Irene Katz Connelly’s piece about Doug Emhoff and Kamala Harris making history for interfaith families. I always have a soft spot for personal essays, and I loved the way Irene brought in her own experience, but the piece also commented insightfully on the side-eye and snide comments that often define the experience of being an interfaith family in Jewish spaces. Immediately after American Jews celebrated the Jewish First Gentleman, a study came out lauding the Birthright program’s ability to decrease the rate of intermarriage, ironically highlighting Irene’s point. As an interfaith kid myself, the piece resonated with me, but more than that, it was an astute commentary on the state of Jewish identity today.

Aiden Pink, our former deputy news editor, left the Forward in the late summer on a truly high note. First came his investigation into colleges and universities that have failed to report antisemitic incidents as hate crimes, which revealed significant flaws in the process by which educational institutions and the government evaluate acts of hate. Then arrived his deeply moving essay about why he was choosing to leave journalism to become a rabbi, one of the most insightful, stirring pieces of writing about faith to appear anywhere this year. To me, those pieces as a pair paint a clear picture of the Forward’s mandate: To investigate the place of Jews and Judaism in our modern world, with rigor and empathy.

Sometimes the greatest profiles of celebrities are not profiles of the big names themselves but rather of someone in their orbit completely unknown to the wider world. Talya Zax’s longform profile of Russ Murdock, a stonemason who worked on Phillip Roth’s Litchfield, Connecticut, home for decades and became his friend and confidant, captures not only the story of two men but also the changing nature of friendship across political and cultural divides. The story is one of the best pieces of writing that appeared in the Forward, or anywhere, in 2020.

2020 was not an easy year for any journalist, but it was a particularly challenging one for Jacob Kornbluh. Avital Chizhik-Godschmidt’s profile of the most famous Hasidic reporter in America, who found himself the target of vitriol in his own neighborhood after speaking out about some members of the community’s failure to adhere to COVID-19 regulations, is a masterpiece of the genre. It’s also strengthened by the similar background of both writer and subject: both are Orthodox Jewish journalists committed to reporting truthfully and without bias, a vocation which sometimes puts them at odds with powerful forces in the communities they not only cover but are members of.

Translation is an intimate act, and you really get to appreciate a journalist’s craft by translating his or her work. I’ve had the privilege of translating a dozen or so of Ari Feldman’s articles into Yiddish over the years, and this one, about Orthodox Jews donating plasma during the first spike of the coronavirus pandemic, really shows how he can turn a small tip or anecdote into a story that captures a moment. This was also one of the few genuinely feel-good stories of 2020. At a time when you heard ambulances nonstop 24/7, bodies were piling up in mobile freezers and there were no effective conventional treatments for COVID-19, Hasidic Jews lined up and travelled hundreds of miles to save strangers by donating their blood. It was just the story the world needed at that moment.

Our favorite stories of 2020