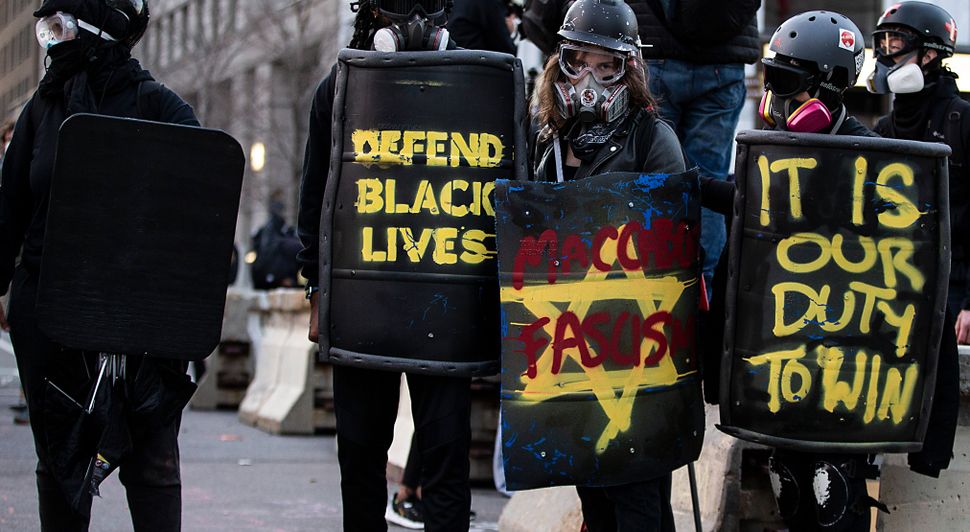 The year 2020 has truly been one for the history books.

It’s with that thought in mind that we’ve chosen to try and sum up the past 12 months in 20 unforgettable headlines, presented chronologically below.

We can’t lie: They make for sobering reading. But there are glimmers of joy to be found even so, essential reminders that even in this most trying of times, humanity continues to be complex and surprising.

As we close out this year and head into the next, we’ll hold these defining moments of the time behind us in our minds, remembering to always look for the balance: The sweet alongside the bitter, no matter how great the dose of bitter may be.

As 2020 got going, the big story was President Donald Trump’s impeachment trial. Jewish figures played important roles on both sides of the political battle, from presidential son-in-law Jared Kushner to Rep. Adam Schiff, who led Congress’ prosecution of the president. In an unexpected Jewish twist, Forward readers learned in an exclusive story that even one of Trump’s avowedly Christian defense attorneys “feels Jewish” — because he was born and raised that way.

Politics continued to dominate the national conversation in February and early March as the Democratic primary began. American Jews, particularly sensitive to antisemitism after recent years saw upsurges in violent hate crimes, watched and wondered how haters of Jews would respond to the candidacy of Vermont Sen. Bernie Sanders. When someone tried to unfurl a Nazi flag at a Sanders rally in Phoenix, a young man with a Jewish father stopped him, and shared his story with us.

Later that month, the coronavirus pandemic hit — and one of its first two American outbreaks was in the devout Jewish community of New Rochelle, outside New York City. A Jewish man inadvertently spread the disease at religious events, and officials turned part of the town into a “containment zone.”

From there, the virus moved fast, and with special aggression in some Jewish communities, where frequent socializing, small living spaces and large families facilitated its spread. Within weeks, the worldwide headquarters of the global Chabad-Lubavitcher movement, 770 Eastern Parkway, were shut down for the first time ever.

5) I left the Satmar Hasidic community. ‘Unorthodox’ is a grossly inaccurate depiction of that world.

As much of the world entered lockdown, many turned to TV for comfort — and specifically “Unorthodox,” Netflix’s hit miniseries about a young woman, Este (Shira Haas), who leaves Williamsburg’s Satmar Hasidic community and begins a new secular life in Berlin. The series brought a new spotlight to an American community not well known outside New York City and its environs, and became the subject of hot debate over whether it represented that community fairly.

Even amid the nationwide lockdown and a lack of both testing facilities and protective equipment for caregivers, people tried to help each other. Orthodox Jews who had the virus and recovered flocked to donate their plasma, which in April was researched as part of a possible cure.

7) Zoom Seders are far from ideal, says this psychologist. But here’s how to make the best of it.

As Passover approached, Jews across the world looked back at Purim and realized its raucous parties — which occurred before the virus was well understood — had probably been a factor in its spread. Across the Jewish world, families and friends cancelled plans to meet, and held their Seders on Zoom, instead.

8) Amid COVID, Jews create a personal ad to make Bubbe blush — and laugh

Some people’s fancy turned to thoughts of love after long, solitary months inside. When that happened, they started to write “hype posts” for each other: Little riffs that talked up their friends’ advantages as a partner for dating, marriage or dalliance.

9) Black Jews to white Jews: Change your relationship with police

In late May, the police killing of George Floyd in Minneapolis touched off a nationwide wave of protests determined to make the point that his death was far from an isolated incident, and that major shifts in the country’s approach to racial justice were needed. The Jewish community was the site of its own passionate, painful conversations about the treatment of its Black members.

10) Extremist activity is growing in the pandemic. How worried should Jews be?

Amid ongoing protests and several additional incidents of police brutality, Joe Biden became the Democrats’ presidential candidate, and both parties began making plans for virtual conventions. Tension around the election ramped up, and scholars of online hate and disinformation noticed a new vitriol in sentiments expressed against George Soros, a Jewish billionaire philanthropist demonized by the far-right around the globe.

Even in early summer, many synagogues and communities across the country realized that the High Holidays would be a repeat of Passover: No synagogue, no big family gatherings. While Orthodox congregations continued to meet carefully in person, mostly outside, other denominations hunkered down and tried to figure out High Holiday hacks.

12) The story of how Doug Emhoff wooed Kamala Harris

Joe Biden’s selection of Kamala Harris as his running mate in August gave the Jews a little shot of naches, or ethnic pride. Harris’ husband, Doug Emhoff, is widely known as a mensch, and their love story includes such Jewish moments as an amusing meeting between Harris and her mother-in-law.

13) These Florida Jews are sticking with Trump, even if it costs them family and friends

Over the next several months, national and Jewish attention focused on the presidential election. In the crucial swing state of Florida, devout Trump supporters didn’t waver, despite backlash from friends and family.

14) The rabbi who is neighbor to Mark and Patricia McCloskey speaks out: ‘They are bullies’

The Forward’s most widely-read story of the year was an interview with a St. Louis rabbi who called Mark and Patricia McCloskey, the couple who trained guns on Black Lives Matter protesters, a pair of “bullies.”

15) ‘The taste of disappointment:’ Learning about the loss of RBG over brisket and honey cake

Summer ended, and the High Holidays started. Having done their best to reconcile themselves to the impact of the virus on their traditions, Jewish families were sitting down to Rosh Hashanah dinner when they learned that Supreme Court Justice Ruth Bader Ginsburg had died of cancer. The justice had by example taught American Jews how to be both liberal and Jewish. For many, dinner that night was devastating.

RBG’s death was a poignant pause in the country’s unstoppable rush to Election Day on Nov. 3. The tension of the presidential election pervaded everything. In Brooklyn, ultra-Orthodox Jews distraught over their inability to fulfill their religious obligations in the face of coronavirus restrictions turned to civil disobedience, such as creating illegal makeshift schools in their basements.

Around the same time, even more dramatically, a street protest in Borough Park featuring Trump flags turned violent. It had been clear since the start of the pandemic that tension between religious communities and state and local governments attempting to rein in the spread of the virus would be a major story. During the pandemic’s second wave, that chafing became more serious.

The signing of the Abraham Accords, which normalized relations between Israel and the United Arab Emirates, was a moment of joy for Zionists and Republican Jews, who celebrated Trump for what they saw as his efforts on behalf of Israel.

Such actions on the president’s part contributed to the Jewish debate about Trump. But in the end, American Jews across the political and religious spectrum quickly accepted the reality of the president’s loss to Biden.

In the aftermath of the election, people who were looking for some light found it in Hanukkah, and particularly in Broadway and Hollywood star Daveed Diggs’ hip-hop “I Want a Puppy for Hanukkah” video, a healing celebration of the diversity of American Jewry, the joy of childhood and the traditions that have always sustained us — and will continue to do so.