These filmmakers are putting Asian-American Jews on camera. Here’s what they want you to know 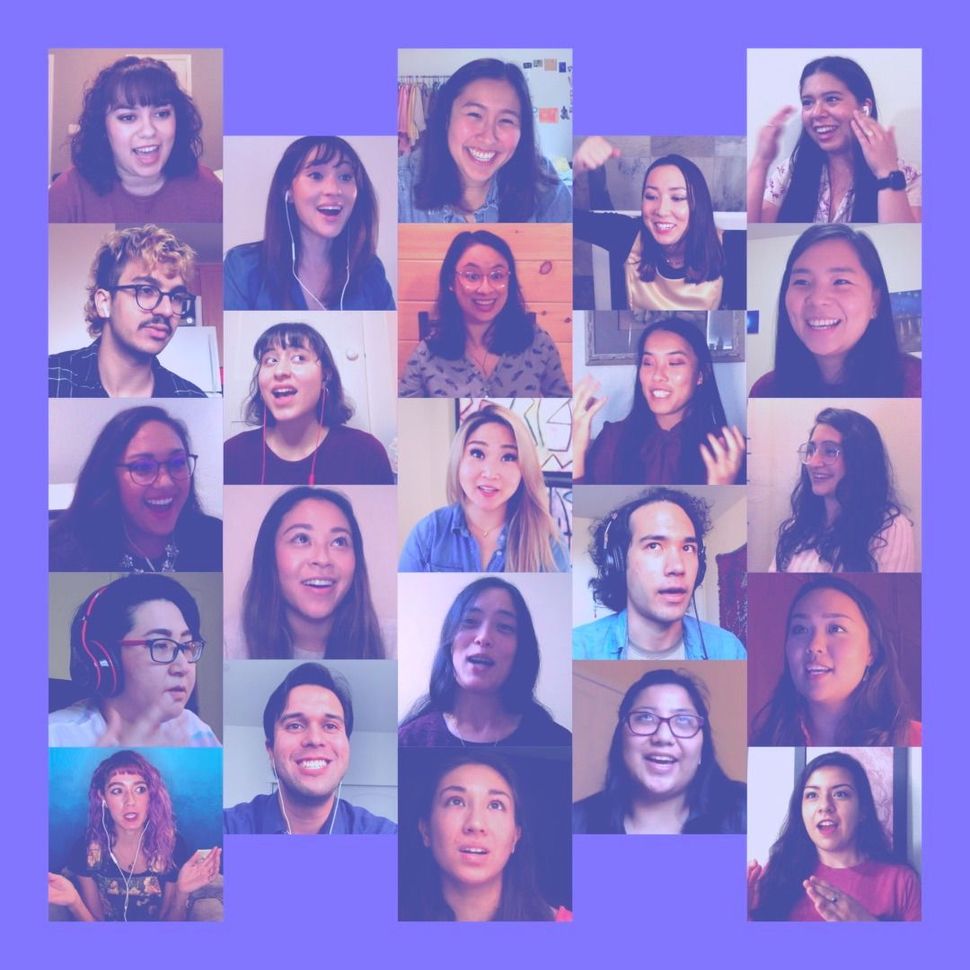 It’s a precept you’ve probably heard, no matter what form your Jewish education took: “You shall not oppress the stranger, because you know what it’s like to be strangers in the land of Egypt.”

Found in the Torah portion mishpatim, that sentence is often cited as a command for compassion rooted in Jewish values. But were Jews really strangers in the land of Egypt?

Not so much, said Rabbi Jacqueline Mates-Muchin, the first Chinese-American rabbi, at a virtual Shabbat service hosted by Be’chol Lashon to commemorate Lunar New Year, which began on February 12. “We lived there for 400 years,” she said of the Biblical Israelites. “For 400 years it was the only home we knew. But we were made to feel like strangers.”

Mates-Muchin’s framing felt especially poignant given the anti-Asian harassment that has surged during the coronavirus pandemic and the rash of violent hate crimes that immediately preceded Lunar New Year. But the rabbi wanted attendees to look inward, to acknowledge that Asian Jews are often treated as outsiders in the Jewish communities to which they belong.

That’s the thinking behind LUNAR, a short film series that made its debut after Mates-Muchin finished her d’var torah. Each ten-minute episode splices together informal interviews with some two dozen young Asian-American Jews, who take turns tackling different facets of their own experiences — from combining cuisines to combatting “model minority” stereotypes to cultivating new traditions in spite of being considered not Jewish “enough.”

After watching the service, I got in touch with LUNAR’s two creators, Gen Slosberg and Jenni Rudolph. A recent graduate of the University of California at Berkeley, Slosberg works at the Bay Area non-profit Jewish Youth for Community Action. Rudolph, who graduated from Berklee College of Music at the beginning of the pandemic, is a songwriter and producer.

The two connected online during the pandemic and started small hosting Zoom calls for other Chinese-American Jews. Soon, they recruited peers from across the Asian diaspora for conversations that could be presented to the rest of the Jewish world. We talked about organizing tactics, hopes for the next generation and (of course) matzo ball soup.

The following conversation has been edited for length and clarity.

How did you guys get involved in Jewish communal work?

Gen Slosberg: In college, I got connected with the Jews of Color Collective at Berkeley, and every single time I got to be with other Jews of color it was a huge relief. It was there that I started to see myself as Jewish and to really practice ritual, connect to the religion, and feel invested in the future of the Jewish people. I didn’t see myself reflected in predominantly white spaces, including Hillel. It was only with Jews of Color that it really started to unlock.

Jenni Rudolph: I’ve always been really proud of being Jewish. But there’s also the whole “I’m Jew-ish” qualifier, feeling like I’m not Jewish enough to claim it. I would say I’m starting to get connected now. LUNAR has really been my catalyst.

When you first started having these Zoom calls with other Chinese-American Jews, what topics came up?

Rudolph: We talked about a lot of things that ended up becoming themes in our videos: food, language, the model minority myth.

Slosberg: One thing that stood out to me was talking about how our Chinese and Jewish identities come together in terms of cultural practice. Someone brought up, “My Taiwanese family brought a lot of food to a gathering with my Jewish family, but it was all treyf proteins.” I had been really struggling with that, feeling like I’m not a good Jew because it would be hard for me to keep kosher without giving up staple foods.

Rudolph: It was such an interesting mix of lighthearted stuff and tough-to-talk-about things. We figured out how many of us were lactose intolerant, and which side it came from. But there’s also guilt, and cultural trauma we’ve inherited, and the feeling that we don’t fit into traditional Jewish or Asian-American spaces.

How did you go about recruiting the participants?

Slosberg: Social media. We were extremely surprised by how many people applied, even as someone who knew relatively many other Asian-American Jews. A lot of people were like, “Oh, I never met another Asian Jew before.”

Jenni: Before realizing there were so many of us, I wouldn’t have wanted to demand representation for this “niche.” But now we know we exist and we’re creating our own representation.

What kind of communal change would you like to see for the next generation of Asian-American Jews?

Slosberg: Right now a lot of Jewish organizations are reckoning with diversity, and the first entry point is often, “How are Jews of Color treated badly? How are we marginalizing them?” But I would say it goes beyond that. If you grow up in a space where you don’t look like anyone else, even no one says anything problematic to you ever, there’s a lack of representation.

Rudolph: I would love a world in which my younger self could grow up feeling totally comfortable and confident and connected to all parts of my identity. And not feel like I have to qualify myself.

What have you learned about yourself while doing this project?

Rudolph: I’ve been figuring out what is actually Jewish about me and what I just feel pressure to do because it’s a Jewish thing. Growing up, I always wanted to be more Jewish, and I would feel this pressure: We have to celebrate Hanukkah, we have to celebrate Passover, we have to do all the things on the checklist. Now that I’m unpacking all that, I see that being Jewish is about the choices I make and the traditions I choose to carry on.

Rudolph: Making matzo ball soup! I’m not much of a cook but I want to get better at it. It’s nice because I feel like I can’t mess it up too much.

These filmmakers are putting Asian-American Jews on camera. Here’s what they want you to know