Jewish Wrestler Calls Out Gentile Colleague For Dressing As Hasid 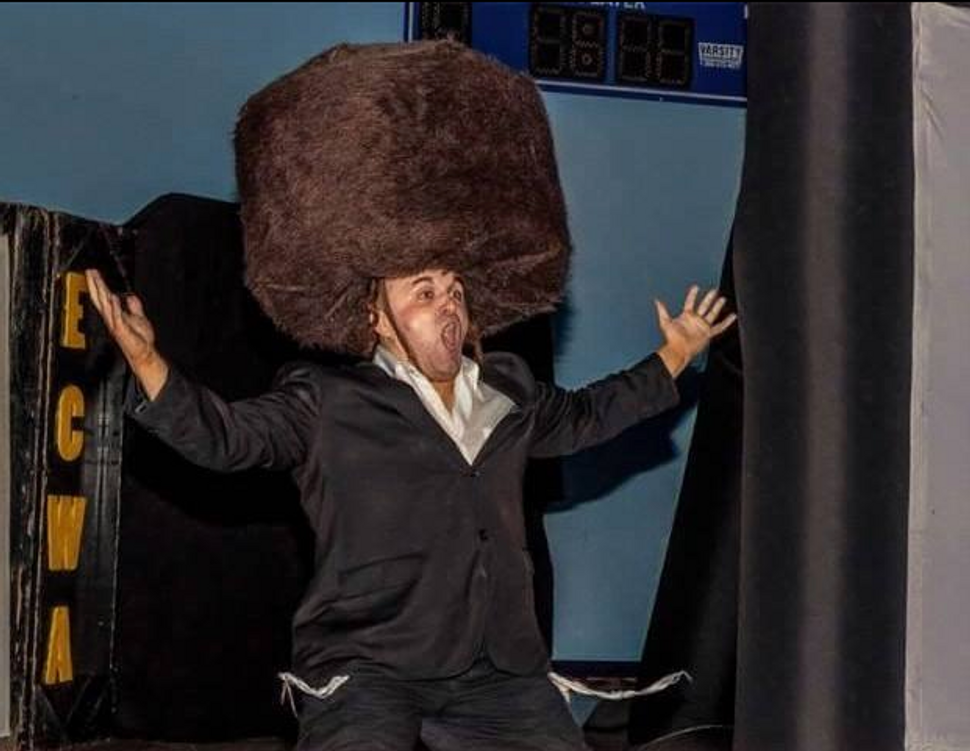 Mathias Glass, a pro wrestler who goes by “The Hasidic Outlaw.” Image by BrianK Photo/Facebook

(JTA) — A Jewish professional wrestler has called out a non-Jewish colleague who dresses as a Hasidic Jew for his matches, saying it is “the equivalent of black face.”

David Starr, whose given name is Max Barsky, in a post on Facebook complained about Mathias Glass, who calls himself “The Most Jewish Man Alive.”

Glass dresses in an oversized fur hat called a shtreiml and a black suit with the fringes of his tzitzit hanging out. He has sidecurls, or payos, and often breaks into Hasidic dancing.

“I want everyone to know that Mathias Glass is not Jewish,” Starr wrote Thursday on Facebook. “The stereotype driven character he portrays is offensive and distasteful. It is the equivalent of black face.”

Starr, 26, said he has messaged Glass previously about his gimmick, and knows other Jews in wrestling who have urged him to stop.

“Prior to finding out that he wasn’t Jewish, I thought the schtick was entertaining,” Starr also wrote. “I don’t necessarily like stereotype driven gimmicks in general, but this was clearly a self deprecating (at least I thought it self deprecating) comedic style. I am not a no fun sensitive snowflake type. I can make fun of myself and my people, but someone from outside the community has no right.”

Reaction to Starr’s post was mixed, with some agreeing that it is offensive and others calling on the wrestler to lighten up. Others pointed out that wrestling has always been about exaggerated and offensive stereotypes.

Glass on Friday said in a tweet: “Wrestling is real and I’m Jewish. Oy.”

“I find myself pulling back on some of the stereotypical stuff … but to the chagrin of many many Jewish fans, friends, and fellow wrestlers. I’m constantly evolving, constantly learning, and always willing to listen to constructive criticism,” he tweeted Sunday.

On Monday, Starr tweeted that he stood by his statements.

Jewish Wrestler Calls Out Gentile Colleague For Dressing As Hasid