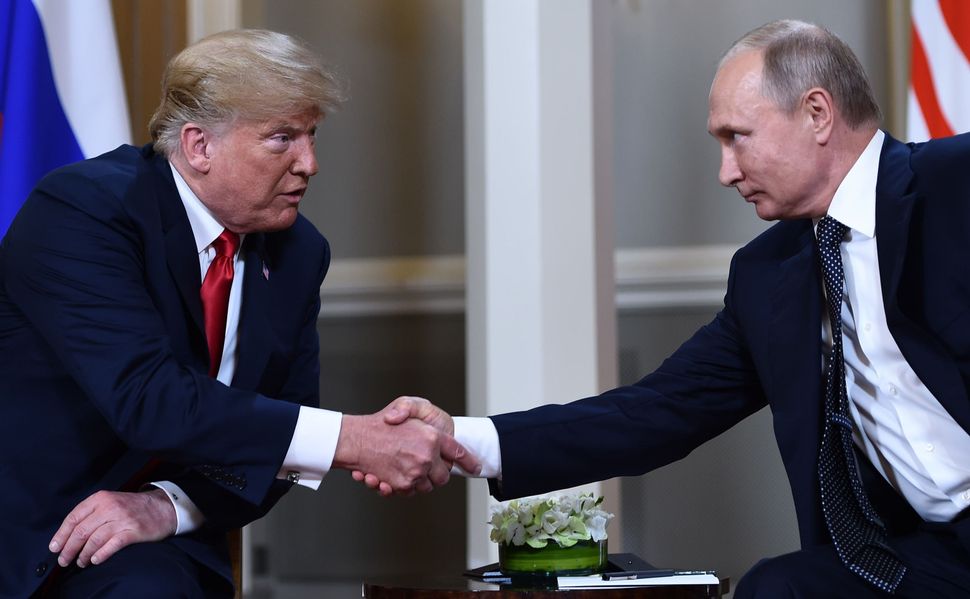 During the summit in Helsinki on Monday, Putin called for “full compliance” with the 1974 Israel-Syria Separation of Forces Agreement, which secures the Golan Heights border.

“This will bring peace to the Golan Heights and bring a more peaceful relationship between Syria and Israel and also to provide security for the state of Israel,” Putin said.

Netanyahu traveled to Russia last week for his third meeting in six months with Putin to press for Israel’s security and discuss pushing Iran out of Syria, according to the Post.

Trump confirmed that he and the Russian leader are on the same page.

“We both spoke with [Israeli Prime Minister Benjamin] Netanyahu, and they would like to do certain things with respect to Syria, having to do with the safety of Israel,” Trump said Monday. “Both countries will work jointly. Creating safety for Israel is something that both President Putin and I would like to see very much.”

Netanyahu released a video commending “the abiding commitment of the U.S. and President Donald Trump to the security of Israel, as expressed at the meeting between President Trump and Russian President Vladimir Putin.”

“The friendship between Israel and the U.S. has never been stronger,” he said.