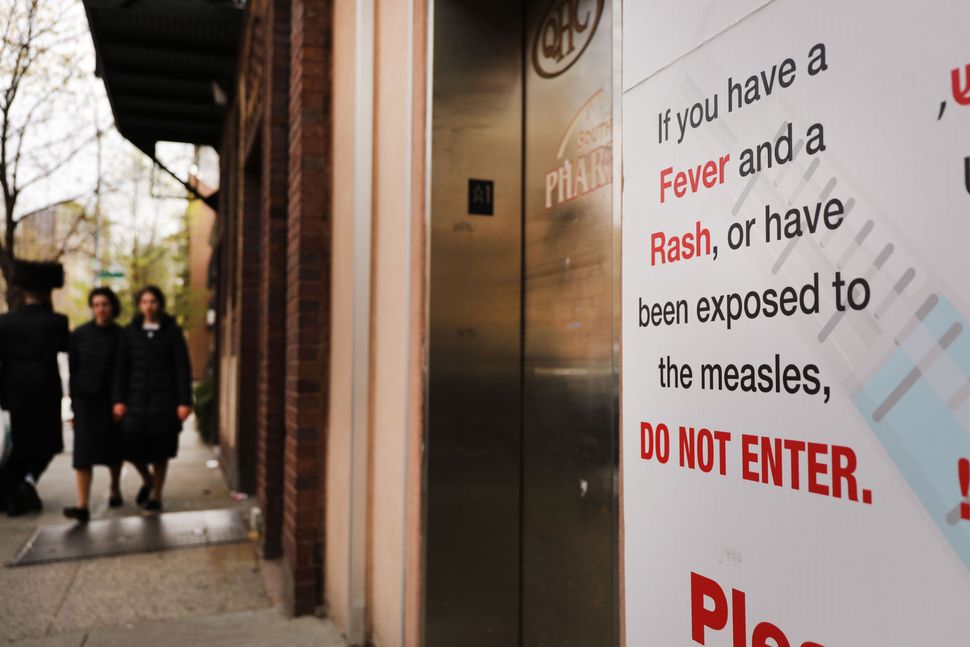 The vaccinations will be available Sunday without an appointment or insurance required at Hazolah rescue service garages in the Brooklyn neighborhoods of Borough Park, Flatbush and Williamsburg. The haredi umbrella group Agudath Israel of America organized the event.

Mayor Bill de Blasio declared a health emergency last month and ordered unvaccinated people living or working in four ZIP codes in the largely haredi Williamsburg neighborhood to get the vaccine or be required to pay fines of up to $1,000.

As of the end of April, 423 cases of measles have been confirmed in New York since the beginning of the outbreak in October, with 348 of the cases in Williamsburg, according to the Yeshiva World News.

The CDC pinned the resurgence on the unvaccinated and those who brought back measles from other countries. The outbreaks in Orthodox Jewish communities were associated with travelers who carried the disease back from Israel and Ukraine, according to the CDC.

Despite institutional pressure, a strain of opposition to vaccines has persisted in haredi communities based on false claims that vaccines are ineffective at best and harmful at worst. Large families, close-knit communities and the complexity of timing immunizations for a family’s many young children also have contributed to the outbreak.

The majority of Orthodox Jewish children are vaccinated, according to statistics issued by the New York state and New York City health departments. There is no religious reason not to be vaccinated. Prominent rabbis in New York have called on their followers to vaccinate their children.