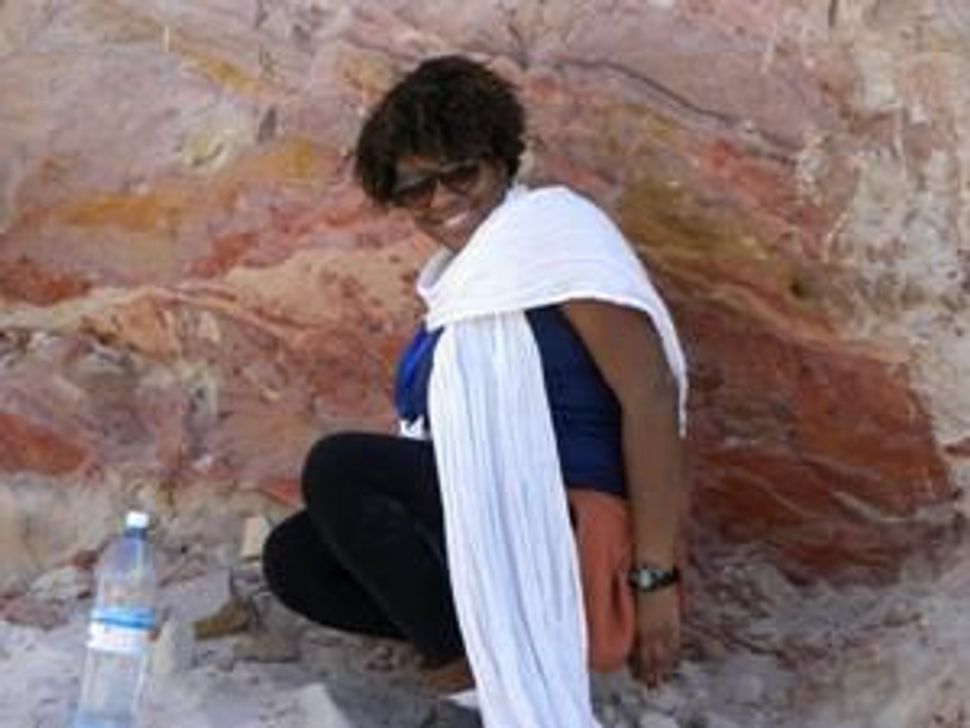 Image by Courtesy of Erika Davis

Meat, potatoes and, of course, corn were the staples of my food experience. An occasional trip to a Chinese restaurant that served General Tso Chicken was adventurous for me at that time. Though Toledo has a large Lebanese population, I didn’t have Middle Eastern food until I took a job at a restaurant conveniently located down the street from my house.

Ferdos was considered the “other” Lebanese restaurant in town-the first being Beirut which had been opened for years, though I’d never eaten there. I have distinct memories of my first taste of hummus, falafel and raw kibbi. To this day I think the fatoush and tabouli at Ferdos are the best and when I make it at home I try to re-create those flavors. Seemingly simple, fatoush is surprisingly difficult to re-create. Even though I was a server, I’d spend a lot of time in the kitchen speaking broken Arabic to cooks speaking broken English asking about ingredients and where I could find them. I used my time at Ferdos and the impromptu lessons learned in that kitchen as a barometer for what is and is not good in Middle Eastern cooking. It was those foods and that time when Middle Eastern food was new, exotic and amazing.

Fast forward about 25 years and they’re the foods that I cook on a regular basis in my own home. Between my favorite Syrian Jewish cookbook, Aromas of Aleppo by Poopa Dweck and The Israeli/Palestinian cookbook Jerusalem (best Hanukkah present ever) I was pretty sure I didn’t need another cookbook of Middle Eastern Food, thought I still hadn’t mastered the flavors of fatoush. When The Gaza Kitchen-A Palestinian Culinary Journey was dropped on my desk I thought maybe, just maybe, I’d find it, though I was skeptical. I put off the assignment-for weeks. What could I possible find new in this book? Turns out quite a lot.

Like Jerusalem, and any cookbook out of the region, The Gaza Kitchen starts with an intro and politics, though it quickly gets to the good stuff: food. “When they discovered we did not want to talk about political parties or border crossings, but about lentil dishes there was a moment of astonished delight before they launched into the topic,” the intro reads. “Passersby crowded around, each proffering a hometown recipe, “no, no, it’s much better if you add the onions at the end…”

The language of food is universal.

I hoped to find a recipe for the fatoush that I remembered from Toledo, and while the book has lots of great recipes, I am still on the quest. Salata Maliha, Beautiful Salad, is a delicious and amazing alternative and great for spring.

Erika Davis is the Chief of Staff at Hazon. She also works as a freelance writer for The Sisterhood, Jewcy, Kveller and others while maintaining her personal blog Black, Gay and Jewish. Erika likes Syrian Jewish cooking and is convinced she makes the best hummus in Brooklyn. She is a Jewish Diversity Advocate and works closely with the Jewish Multiracial Network.