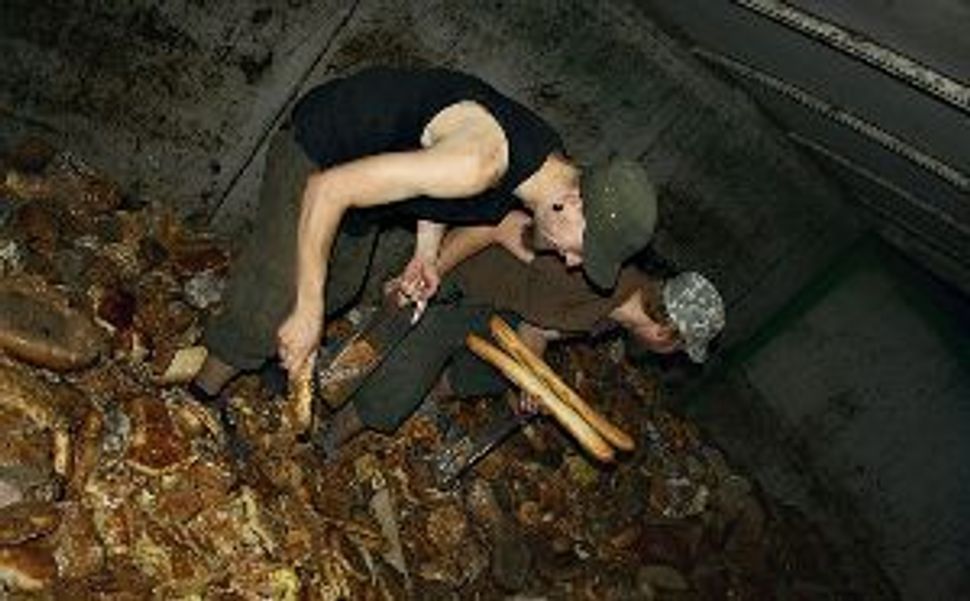 Before last Summer, I had only heard of dumpster diving in passing. As I considered it more, I went from being downright repulsed by the idea of sitting in a dumpster to adopting the stance, “that’s cool but it’s not for me.” Most people agree that the less food waste, the better. With dumpster diving, this is made all the more sweet by the alluring price tag: free. Last Summer, while interning at Urban Adamah, I learned that there is a whole philosophy behind dumpster diving. Most importantly to divers, dumpster diving cuts down on food contributed to landfills. In the landfill, this food would eventually become methane, a harmful greenhouse gas. Even if the food found on a given night is no longer of good enough quality to eat, much of it can still be composted.

Last Summer, while interning on an organic farm at Urban Adamah, I learned that there is a whole philosophy behind dumpster diving. Most importantly to divers, dumpster diving cuts down on food contributed to landfills. In the landfill, this food would eventually become methane, a harmful greenhouse gas. Even if the food found on a given night is no longer of good enough quality to eat, much of it can still be composted. Different dumpsters have different personalities (for the cleanest dumpsters with the highest chance of nearly-new food, try bakeries) and deciding whether food is still fit for consumption often falls to a judgment call. Most fruits and vegetables can be salvaged with a soapy, vigorous scrub, and meat is generally not great to keep unless it is fully or close-to frozen. As for what to compost—anything not fit to eat, according to the rules of your composting system (most at-home or smaller-scale compost bins stick to plant based foods and eggshells, while some higher volume, city-wide composting systems don’t require food to be vegetarian).

Then there is the consumer element of it. In our consumer age of valuing what is bigger, better, and newer, it’s a powerful political statement to be able to be well fed and outfitted without paying a dime to major corporations (food is not the only thing that can be “dumpstered”–if an item is sold in stores, it can likely also be fished out of that store’s dumpster).

With this new knowledge in mind, I was psyched to get into the dumpster. My friends and I had a blast that night, climbing over the walls of that a huge brown dumpster, getting down and dirty with trashed treasures, and rescuing so much usable food. The dumpster held up to its stereotypically filthy image—we fished through rotted fruits and vegetables, half-open containers, and broken eggs. We planned accordingly by putting towels down in the car to sit on and bringing water to wash off our hands.

It wasn’t until I got home, threw my clothes in the laundry, and took a shower that feelings of unease began to set in. There was is a whole element of privilege to dumpster diving I hadn’t really stopped to consider before. My housemates and I dived with good intentions, but we still had a perfectly good grocery budget . Knowing that we had the choice to sift through dumpsters and had a legitimately good time doing it seemed unfair and disrespectful in considering people who are not part of the principle-based dumpster diving movement, but rather find their food in dumpsters out of necessity.

Additionally, there was an element of competing values. Trying to cut down on the methane-producing volume of landfills makes a lot of sense to me, but I’m more interested in using my purchasing power to support the kind of food system I want to see flourish.

Dumpster diving is an experience I haven’t repeated since that night last Summer, and one I don’t plan to . I have enough to chew on in the ever confusing equation of competing food values (local, organic, or budget-friendly, oh my) without adding another element and getting tied up in a consistent question of privilege. On a more practical level, dumpster diving is a significant, late-night time commitment that I didn’t feel willing to make in my own life. That said, I’m glad I went dumpster diving. It’s a movement that is often written off as something dirty hipsters are do in order to go against the grain. In my experience in talking to and learning from seasoned dumpster divers, it is much more than a fringe movement without cause or agenda–it has thought and ideology behind it. Perhaps most importantly, it can be the gateway to a necessary, ongoing conversation about food waste in our communities, hunger, and gaining a sharper understanding of personal food values.

Kayla Glick is passionate about learning about and discussing the many corners of the food-conscious world. She explored this interest last summer as a fellow at Urban Adamah, and continues to do so this summer as an intern at Hazon. In her free time she can be found eating pickles, trying to learn guitar, and reading any blog she can get her (digital) hands on.