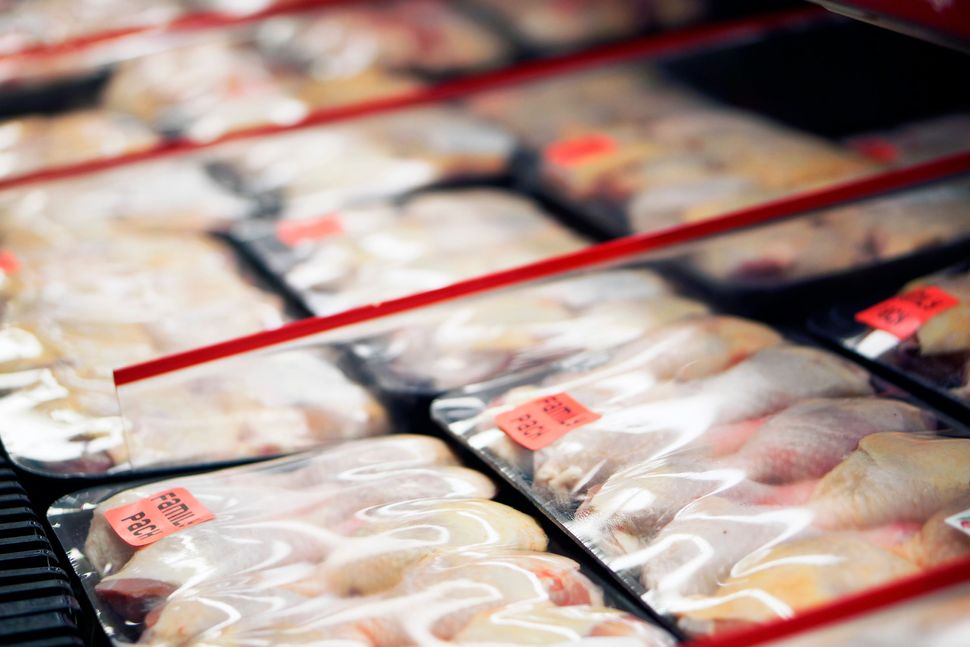 The USDA released a safety alert regarding raw chicken products produced and sold from September 2017 to June 2018. Empire Kosher chicken may be guilty of causing a possible salmonella contamination.

17 people in four states have contracted salmonella-related illnesses from kosher chicken and one person has died, according to U.S. Centers for Disease Control. Of the 17 cases, 11 are in New York, four are in Pennsylvania and one in Maryland and Virginia. Many of the victims reported eating Empire Chicken before feeling ill.

Empire has yet to release an official statement and they did not answer phone inquiries.

Note that the USDA isn’t telling people to avoid kosher chicken. They’re encouraging safe dining practices, like washing hands before and after touching uncooked poultry and thoroughly washing all kitchen utensils. When cooking chicken, make sure the temperature hits 165 degrees Fahrenheit, as this is the scientifically-approved temperature for killing salmonella bacteria.

The USDA and the CDC are investigating. Sounds like now might be a good time to take a dip into vegetarianism.