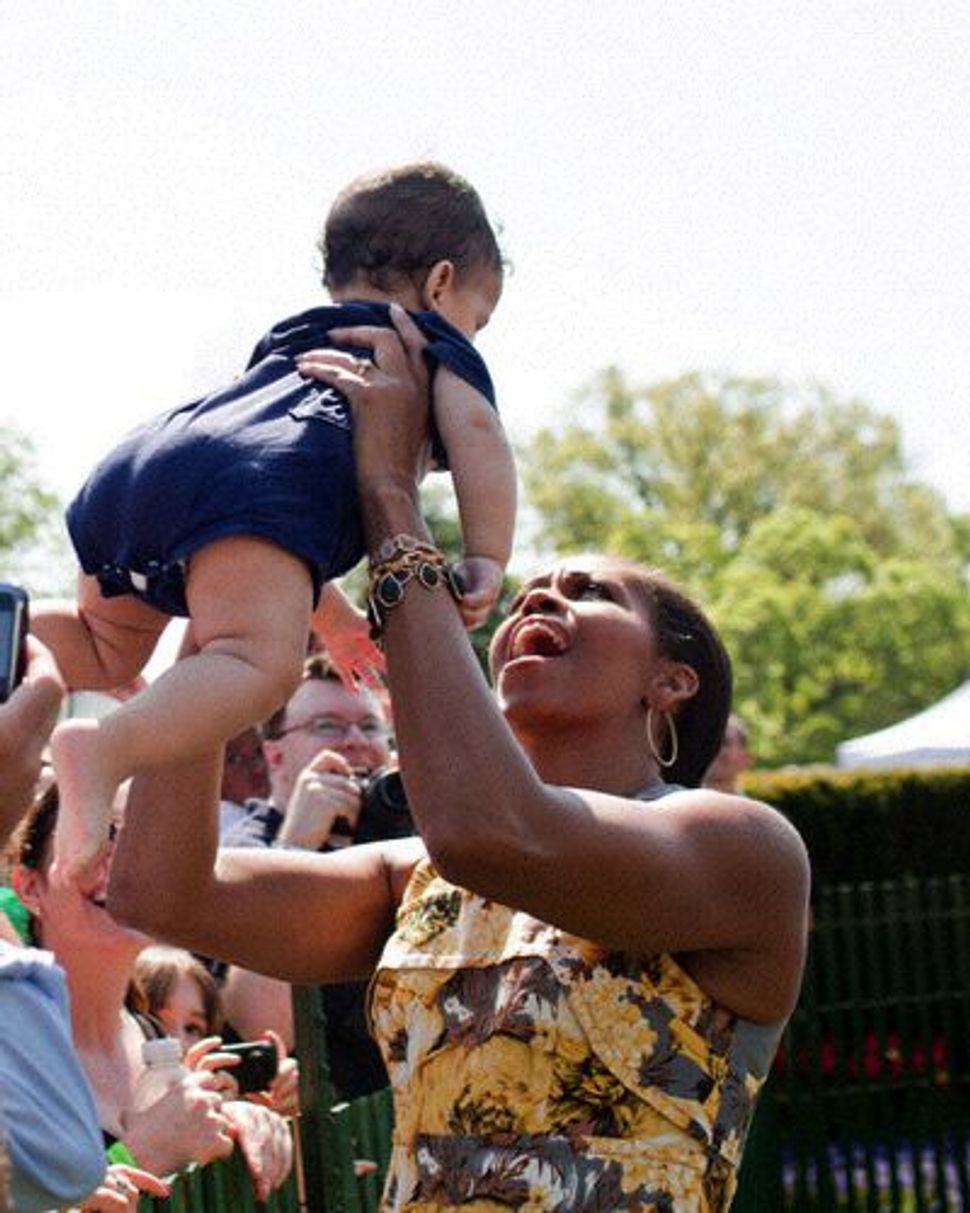 When I was a new mother bottle-feeding my oldest son more than 16 years ago, I had to endure the rude stares of other mothers at the pediatrician’s office waiting room. If I — someone who opted against breast-feeding for a number of personal preference and health reasons — thought that experience on the Upper West Side in 1994 wasn’t pleasant, I would definitely feel uncomfortable giving birth in Israel now.

As a signatory to the World Health Organization’s International Code of Marketing of Breast-Milk Substitutes, Israel is set to follow through on its commitment to promote the breast over the bottle, including the banning of marketing of breast milk substitutes.

As in the U.S., where First Lady Michelle Obama has spoken out in favor of breast-feeding as a means of preventing childhood obesity and where the IRS recently ruled that breast pumps and other nursing supplies qualify for tax breaks, Israel appears to be encouraging women to consider the advantages of making the natural choice. The way I see it, however, Israel is poised to take steps beyond public education, crossing over into coercion territory.

A bill to this effect submitted by Likud MK Danny Danon was approved over the weekend by the Knesset’s Consitution, Law and Justice committee and is slated have a preliminary reading this week.. Should the bill become law, hospitals would be forbidden from feeding formula to a newborn unless his or her mother signed a waiver acknowledging that she is allowing for the child to be bottle-fed, despite her having been informed of the health benefits of breastfeeding.

Formula manufacturers would also be prevented from handing out free samples to new parents, or from having hospitals do so on their behalf. The formula fed to babies in hospitals would need to be packaged without any identifiable labeling or marketing logos.

It can be assumed that this proposed law is meant to make for happier, healthier babies and less financially burdened parents, and for decidedly unhappy milk supplement companies that would face significant revenue losses. As in the U.S., Israeli formula companies work hard to infiltrate hospital maternity wards in an effort to build brand loyalty among mothers before they and their newborns are even discharged.

From my personal experience, I can’t take issue with the financial burden argument. Having bottle-fed three children, I am fully aware that we could have saved a huge amount of money had I chosen to breast-feed. However, I am not as ready to concede that my sons would have been happier and healthier had I opted against formula.

As a Jewish mother, I do my fair share of blaming myself for things, but I am an experienced enough parent now to know that life is too complicated to definitively declare a clear causal relation between how I chose to feed my infants and who and how they turned out years later.

Having read news article after news article on studies showing the health benefits of breast-feeding, I concede on a rational level that the food nature provides babies is likely best for them. But on an emotional level, I don’t think I would have been doing myself — and by extension, my children — any good by forcing myself to do something that I felt was not right for me.

I understand the impulse to bar formula manufacturers from over-zealous marketing toward new parents, but given my experience, I am more in favor of leaving the push for breast-feeding in the realm of education and choice, rather than moving it into that of legislation and compulsion.

And I’ll be honest, I, who knew I was going to bottle-feed, was very grateful for those formula freebies.