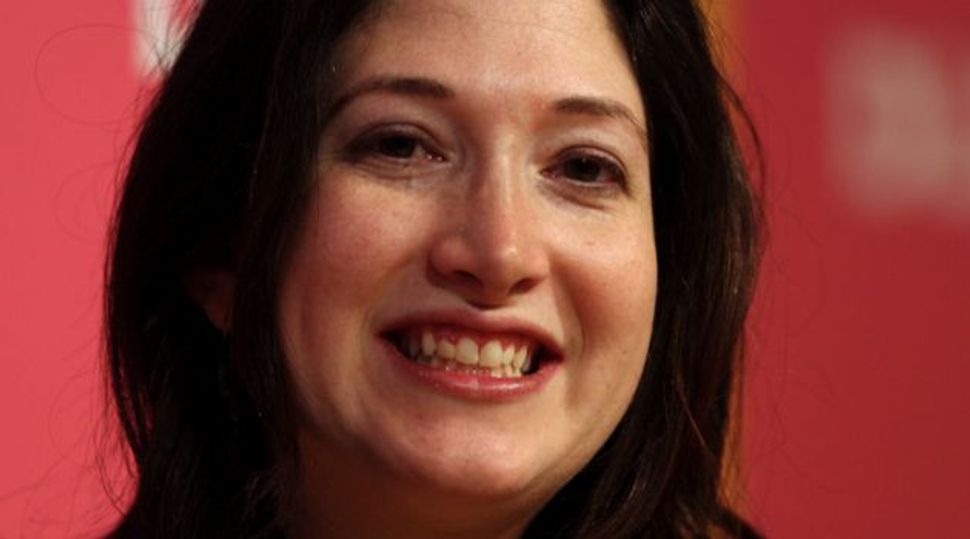 It’s been a good (or perhaps bad) year for normal-woman outrage. I’m still pretty irked about being told to “Lean In,” and now there is yet another book by an uber-successful (and uber-lucky) woman who thinks her life lessons apply to the rest of us. If you haven’t guessed, I’m talking about former Facebook marketing director Randi Zuckerberg’s “Dot Complicated,” in which a one-percenter who was born in 1982, went to Harvard, and thinks her hometown of Dobbs Ferry, N.Y. — which the New York Times once called “Exclusive on the Hudson” — is “typically suburban,” tells the rest of us how to live online.

Unlike “Lean In,” which was treated as a manual for all working women but truly applied only to those who wish to join a very select group of leaders in particular fields, the work-life balance tips in “Dot Complicated” are meant for everyone. Women, men, children, and even unborn babies; there is a frankly icky paragraph with the heading “Digital Identity Begins Before Birth.”

And some of the advice, though painfully unoriginal and obvious, is decent. You can’t go wrong telling people to avoid burying their faces in their cell phone screens while conducting face-to-face meetings, or pointing out that it’s unwise to lie about personal details in a social media profile.

But like “Lean In,” “Dot Complicated” comes from a place of sometimes amusingly oblivious privilege, and I don’t mean Dobbs Ferry. Take the advice to be authentic and use your real name in all interactions on the Internet. This is clearly valuable sometimes, though not as often as Zuckerberg imagines (witness the still-inane discussions in comments sections of newspapers that have limited participation to Facebook users.) But for people whose jobs are tenuous, whose husbands are abusive, or whose health problems are embarrassing (to name just a few categories) anonymous online communication can be literally or figuratively life-saving.

Or take the tips about instituting a Digital Sabbath or otherwise “unplugging” periodically. Zuckerberg recalls a trip to Tokyo on which she was happy to spend time with husband and son and without her gadgets. But these days, those gadgets are simply what many people — not only the Silicon Valley types Zuckerberg calls “the smartest people on the planet” — need to work, and many Americans simply cannot afford to not work for a few days at a time. Telling people not to check email when an email might mean a rare chance at a job, or not to relentlessly promote themselves when promotion can bring in the one extra client needed to pay the rent, is insulting. Would I like to “unplug” for a family trip overseas? Sure. But as a writer, I could probably only afford to go if someone was paying me to go for work. Anyway, I don’t have a family. And how might I get one, according to Zuckerberg? Oh yes, that’s right: online.

Which brings me to the section of the book in which someone who met her husband-to-be first at a Harvard party in 2001 and again a few years later on AIM tells the rest of us about online dating. You might understand why I sort of skipped this part.

I skipped a lot of the book, honestly, but I read enough to make me feel slightly ill. I read, for example, that that the “most popular” day to be unfriended on social media is on your birthday. The explanatory paragraph was so badly written I couldn’t understand why exactly this happens, but reading it on the day before my birthday was a little disturbing.

It has been pointed out that “Dot Complicated” is a contradictory book, and that is very true. But perhaps more than that, it is a supremely self-absorbed book. I don’t fault Zuckerberg for that; she’s a professional marketer, not a writer, and furthermore her topic was herself. But I question why other people should care. Much of the book centers on questions of identity. “If before I could be professional Randi at work, motherly Randi at home, and social Randi around my friends, now I have to be all-of-the-above Randi.” Zuckerberg writes. That, I found myself thinking, is an unhealthy amount of assuming that people give a damn about who you are, anywhere.

In her case, though, they kind of do. There is an anecdote in “Dot Complicated” about a Shabbat dinner at Davos that almost manages to be sweet despite relying on the dropping of a practically Homeric catalogue of names. Does this little episode (Zuckerberg sings and is criticized for acting unprofessionally when video of the event is released publicly) have anything to do with how normal people should handle their online presence? Or is it merely a humblebrag wrapped in an egoboast inside a selfliment?

There is another reason why Zuckerberg’s advice didn’t impress me. Although I enjoy several saner social media platforms, I am quite happy having nothing to do with the behemoth spawned by her little brother. So here I have to add my own small online etiquette suggestion. If you need a $28 book to tell you how to use a free service, maybe you’d be happier if you weren’t on it.