Getting ‘The Last Laugh’ In The Face Of Tragedy 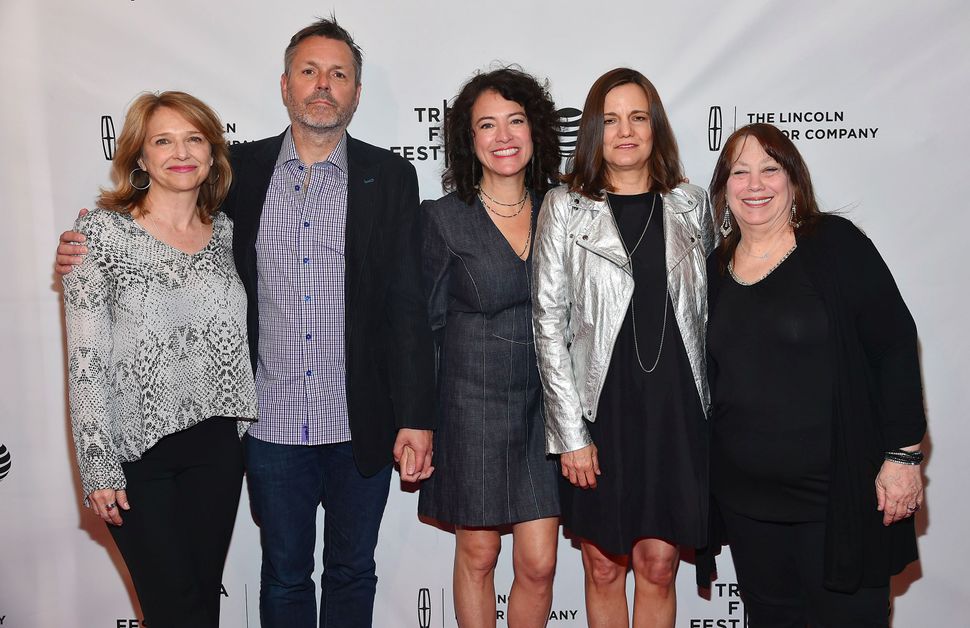 Director Ferne Pearlstein began to consider her most recent documentary, The Last Laugh, 26 years before the film had its world premiere at the 2016 Tribeca Film Festival. This lengthy gestation period can be attributed, to some extent, to the documentary’s not-so-user-friendly focus: The role of humor during and regarding the Holocaust.

But Pearlstein’s dedication to her challenging theme is paying off. The film — which includes interviews with the likes of Mel Brooks, Sarah Silverman, Carl Reiner, Rob Reiner, and Judy Gold — has screened to enthusiastic crowds at film festivals around the world. It will open theatrically in New York on March 3rd; in L.A. on March 17th; and nationwide in the coming weeks.

I caught up with Pearlstein to discuss The Last Laugh’s path to completion and how the 2016 presidential election factors into the film’s cultural life.

Your subject here is certainly unusual. What inspired you to pursue this?

In 1990, a friend and I were invited to Miami, to visit the Holocaust Memorial there. A survivor was giving the tour we took. And we asked if she was familiar with Art Spiegelman’s [graphic novel] Maus. She was very offended by it — she viewed its format as, basically, cartoons. She said, “There’s nothing funny about the Holocaust. You can’t cover it in the funny pages.”

Later, my friend who’d gone with me wrote an academic paper on humor and the Holocaust inspired by that conversation. He handed it to me in 1993 and said, “Make this into a movie.”

Years went by. I met my husband-to-be in 1998, and we started to move ahead with this project — and then Life Is Beautiful happened. We wondered if there was room for another project on this kind of theme.

Meanwhile, for maybe obvious reasons, this was a pretty impossible film to get funding for.

In 2006, The Aristocrats came out. We heard the first 9/11 jokes and realized audiences were ready for our film. And finally, in 2011, we got funding.

The fact that we spent years making the film has been a benefit. With each new shoot, we could ask harder questions and continue to deepen our story. And at the same time, new taboo-breaking stories would be on the comedians’ minds. Like, when I was shooting in NYC, the comedian Daniel Tosh had just gotten in trouble for making rape jokes. When I interviewed Larry Charles, the Boston bombing had just happened. And later there was the Charlie Hebdo attack.

You show a lot of concern in the film for what survivors — and, in general, people old enough to remember World War II personally — will think of it. How have these populations responded?

When I thought about making this film in 1998, I thought I’d get a lot of hate mail and people would be protesting! But over time, there has been more acceptance with this topic, and I’ve actually gotten incredible responses. And a lot of people in my audiences have been survivors and children of survivors.

At the Tribeca Festival premiere, two survivors who are in the film — Elly Gross and Renee Firestone — were there. Elly was always the one more skeptical about the theme. But she said she loved the film and wanted to see it again.

We made a film about bad taste, but we made it in good taste.

Yes. I remember seeing the description of the film and thinking, “This is either going to be a disaster or amazing.” I was so impressed, when I saw it, that you’d made something honestly meaningful. Other than funding, what would you say were some of your challenges in getting the film done?

It was hard to get the comedians. People ask me if anyone said no, and my answer is, everyone said no! [Laughs.] Mel [Brooks] and Sarah [Silverman] were at the top of my list to get. Sarah was the hardest. I sent Mel a clip from the AFI [American Film Institute] awards, of him and Sarah together. I hoped he might help me get her involved. And he did. He said to her, “I don’t do much, but I thought this was worth doing, and I did it. Please take a look at how I have already dragged your name into it.” The next day, she said yes.

When the film first started going around to festivals, last spring, this country and the political climate were—not what they are right now. I know it’s a complicated question, but: Does your movie look different to you than it did before the November election?

Obviously, political humor is very much on people’s minds these days. My film speaks to that question of how much or what kind of political impact humor can have.

I didn’t think about how relevant the film was going to become. Suddenly, it’s just — the week after the election, the film was in nine festivals. It was amazing, the change post-election. It was almost not funny anymore. But now, I think people are ready to laugh again — and they need to.

Laughter does help. It can be a form of self-care.

Something that Renee and I always talk about is, “How could they make jokes in the camps?”

But these people had lived with so much hate and anti-Semitism all their lives. Whether they were in the ghettos or the camps, this was just another day in their lives, and as I learned from so many survivors, if you were funny before the camps, you could be funny in the camps.

I think that’s something I learned from the film — that no matter what our circumstances, we can somehow still find a way to be ourselves. It’s a real lesson for life: Circumstances don’t define who we are.

I learned that too. I had no idea people could find humor in those horrific surroundings. It’s this concept that made me feel it was okay to make this film. What we’re capable of — is amazing.

Getting ‘The Last Laugh’ In The Face Of Tragedy