A Feminist Case Against Kosher Wine 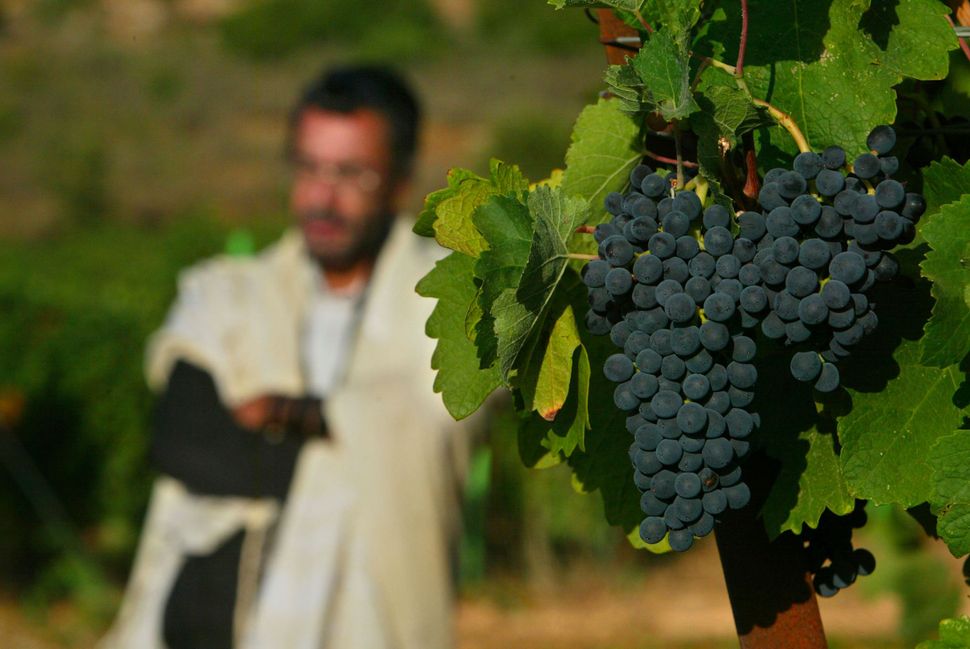 This Passover, Jewish women and the men who care about us have to stop drinking kosher wine. This is the year to take kosher wine off our Seder tables and think critically about what it means to consume with an eye towards gender equity and liberation.

If you travel to almost any winery in the Judean Hills region surrounding Jerusalem, the heartland of the kosher wine industry, you’ll notice something funny. You’ll drive past Edenic vineyards rolling down Jerusalem’s hills and speak to a winery salesperson (likely a woman) or their receptionist (definitely a woman) and be asked if you want to take a tour with a guide (also a woman). But past the front desk, you’ll notice a stark change. Not a single person filtering, fermenting, or storing wine is female. In fact, if you glance back at the vineyards and it’s grape harvesting season, you’ll see that there is not one woman in the fields. The workers are entirely comprised of men, with Orthodox kippot and long, dangling peyot (traditional front locks). Women can and do, however, hold “managerial” roles at various Israeli wineries, as discussed in Adam Montefiore’s 2014 Jerusalem Post report.

Kosher wine is tricky business. Tradition dictates only Jews around allowed to touch the grapes that go into wine and the vats where wine is fermented. If a non-Jew even opens a bottle of wine, it will no longer be considered kosher. And who is a Jew, you may ask, according to the State of Israel and the governing Rabbinate? Only Orthodox and ultra-Orthodox men who keep an Orthodox standard of Shabbat observance count as Jewish according to every kosher winery expert and businessperson I’ve spoken to.

Orthodox women, who follow the same protocols of Shabbat observance, need not apply. Women are simply not kosher enough for the work of picking grapes or fermenting grape juice into wine. For the Rabbinate, women are acceptable kashrut supervisors in their own homes, preparing edible ritual objects like those on our Seder plates, but once kashrut is a money-making industry outside of the home, women are somehow insufficient.

Progressive and non-Orthodox Jews have fought hard for egalitarian Jewish spaces. We expect to see women rabbis up on the bima at our synagogues, women teachers in our religious schools, and women organizers at our JCCs. It would be uncomfortable and alienating if there weren’t women employed for vital roles by our Jewish institutions. So why do we make an exemption for kosher wine?

Many of us give kosher wine a pass because it comes marked with the label “kosher.” The kosher hechsher is an imprimatur of Jewish law and cleanliness imparted on our food by the Orthodox Union in the U.S. or the Israeli Rabbinate in Israel. While we don’t necessarily all look out for a hechsher most of the year, we turn to more conservative expressions of Jewish traditions on our holidays. We may think that Jewish law is too technical to engage in and have our say. We don’t allow ourselves to be the arbiters of our own kashrut, the ethics of our own consumption.

On Passover, we celebrate the Jewish people’s escape from Egypt, their disruption of their own enslavement and their long wandering in the desert in search of a promised land, a new model of peoplehood and self-definition. Demanding of our Seder tables that we think seriously about kosher wine and that we consider the implications of our kashrut for our community is such a disruption.

Liya Rechtman is a Dorot Fellow and Reform Jewish feminist living in Jerusalem. Follow her on Twitter, @ConstantLiya

Correction: This piece has been updated to reflect the presence of women in the upper ranks of the Israeli wine industry, including kosher wines.

A Feminist Case Against Kosher Wine