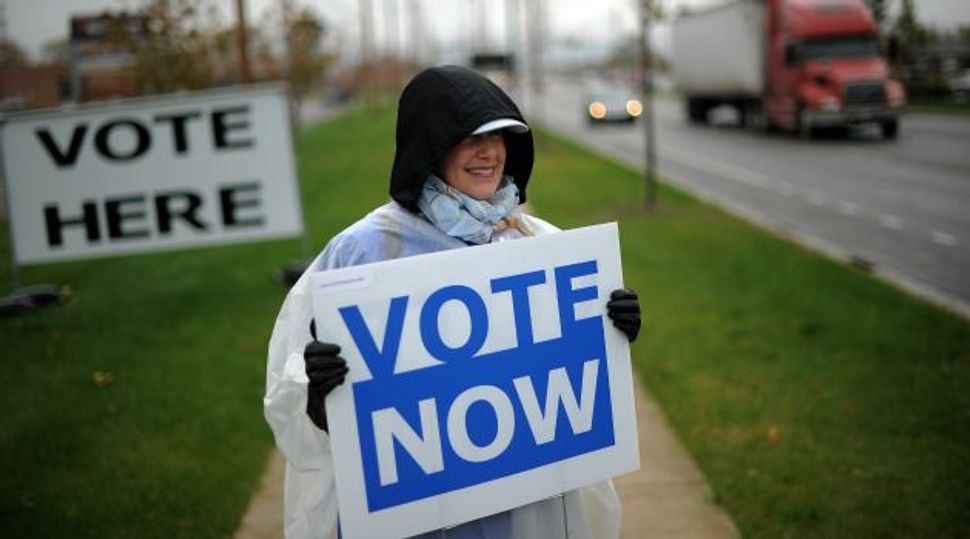 Turn the Channel: Jewish voters in the swing state of Ohio are being bombarded by campaign ads for President Barack Obama and Mitt Romney. Many just want it to end. Image by getty images

American Jews are long famous for their political engagement. But Jews here in Cleveland just want this presidential election to end.

In this fiercely contested swing state, every commercial break on TV features ads for Mitt Romney and Barack Obama; radio broadcasts are packed with super PAC attack messages and — worst of all — the phone won’t stop ringing with robo-calls. 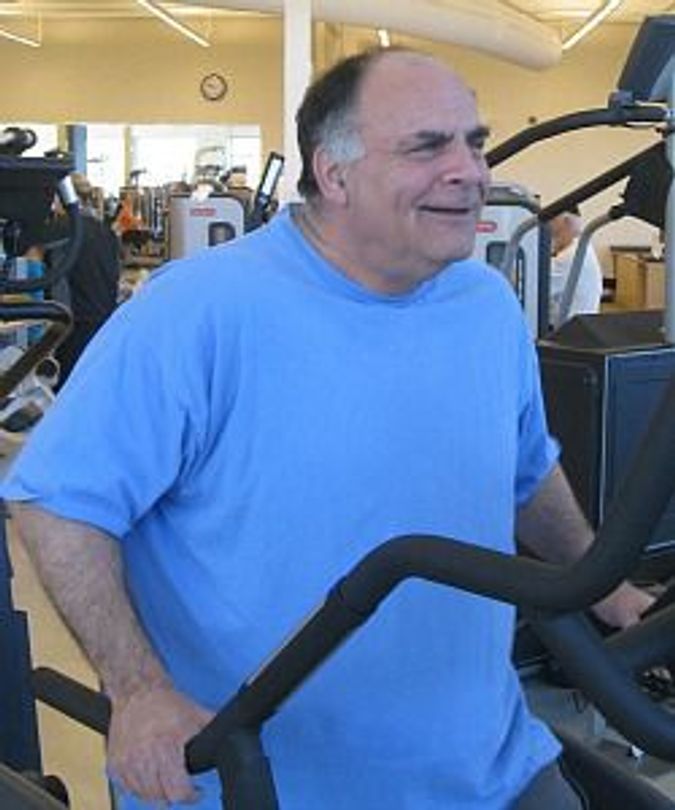 If there is one issue Ohioans can agree on in this politically divided electorate, it is the wish to get back their peace and quiet. The candidates and their partisans stress the historic turning point this election represents. But many in the Jewish community don’t even think the outcome will make much of a difference.

“I just turn the channel when the ads come on,” Ester Lebovitz of Cleveland said, using the hand gesture for turning the TV channel knob known only to people of a certain age.

Stable voters in a swing state, most Cleveland Jews appear entrenched in their political views despite the fierce campaign around them and changing economic and social realities. It is a community with “economic vulnerabilities,” a recent study by the Jewish Federation of Cleveland found, with more than one-third of its members “just managing” to get by, but it is also a community reluctant to swing.

For middle-class Jewish families in Ohio, managing to get by is, at times, a subtle change. Cutting down on restaurant outings and making more use of hand-me-down clothes for the kids is how Jodie Bromberg from the Cleveland suburb of Pepper Pike describes the changes her family has gone through in recent years. Bromberg actually views herself as among the lucky ones; her husband’s business has done well. Her greatest concern is having the financial means to keep three children in Jewish day school. “It’s our No. 1 priority,” she said.

The Gross Schechter Day School her three children attend has seen a drop in enrollment in recent years, many families pointing to the $9,000-a-year price tag per child as having become prohibitive.

Data collected for the Cleveland Jewish Population Study, conducted in 2011, after the new economic reality settled in, revealed how the shrinking of free income and the lack of financial security have taken their toll on the ability of Cleveland Jews to participate in Jewish institutions. A quarter of middle-income families said they could not afford to send their children to Jewish day schools. More than half of lower-income Jewish families had to stop sending their children to overnight summer camps. One-third said they could not pay for synagogue membership.

Jewish life in Cleveland, a stable community of 80,000 members, has been shifting in the past two decades. Religiously Orthodox Jews are increasing in numbers and in their share of the community.

Despite these changes, the community’s strong institutions and committed members have given Cleveland Jews an image for decades as a “model community,” one that leads the pack in fundraising and in providing services. As the community geared up for its “Super Sunday” fundraising drive, scheduled for October 21, officials noted that fundraising numbers were starting to grow again after being hit hard by the 2008 financial crash. Some communal officials said they could return to pre-recession levels this year. 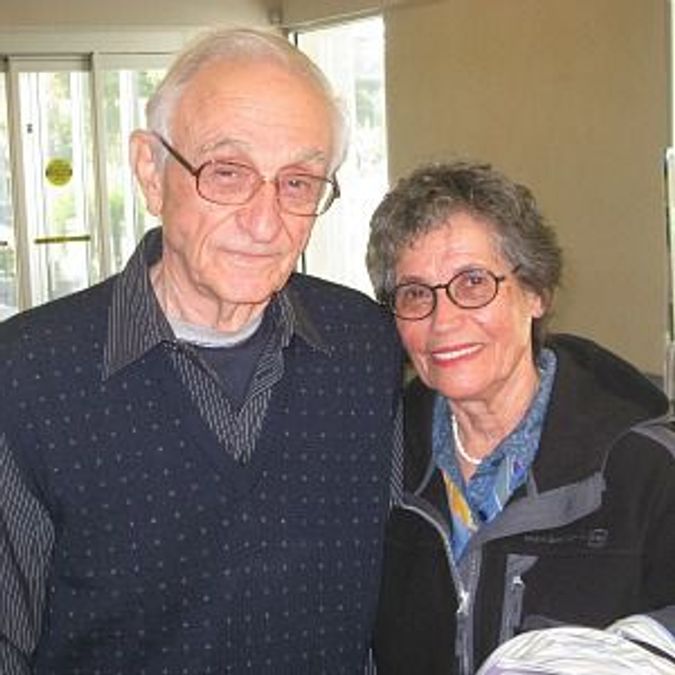 Rina and Dov Hazony think Mitt Romney would back Israel strongly and fix the economy. Image by nathan guttman

Geographically, the community’s center has moved to the East Side suburbs from the neighborhoods known as the Northern Heights. Beachwood is among those growing Jewish neighborhoods with a state of the art Jewish community center, just opened with an $18 million investment and a variety of synagogues of all denominations.

But older Jewish strongholds are languishing. “There are so many houses around us that just can’t be sold,” Rina Hazony of University Heights said. A resident of the Cleveland area since 1964, Hazony is a strong Romney supporter. She is disappointed with the shape of the economy, but states that her greatest concern is Israel. “For me, Israel is the first issue, but the economy is also a big issue,” Hazony said, explaining that Romney would be better on both issues. She finds herself at times representing the minority view when talking politics to other members of the Jewish community. “A lot of my friends — for themto vote Republican is like for an Orthodox man to eat pork.”

Rick Lichaw, 63, is among those who see no reason to reconsider his Democratic vote. “Israel is not a factor,” the retired plumbing supplies businessman said as he exercised at the JCC’s gym, where community members meet to shmooze while working out. “Either president is going to be 100% behind Israel,” he explained. Lichaw was not personally affected by the economic downturn, and feels that things have improved since Obama took office. In the next four years, he’d like to see more government investment in infrastructure and an increase in taxes for wealthy Americans.

But for die-hard partisans, Israel is not only an issue, it is also a rallying call. Jewish Republicans in Ohio have zoomed in on the perceived tensions between President Obama and Israeli Prime Minister Benjamin Netanyahu and continually stressed this issue in reaching out to Jewish voters.

“He angered Netanyahu but has no problem reaching out to Arabs,” Tybee Zuckerman said. “If Israel goes, we go.”

Zuckerman said she voted for Obama in 2008, but has since devoted much of her time to writing and advocating against his re-election. She stopped her subscription to “mainstream media” publications (including the Forward), and receives information from Internet websites about Obama and what she views as the threat of a Muslim takeover of America.

Helping to energize Ohio Republicans is the local U.S. Senate race in which the state’s treasurer, Josh Mandel, is running strong against incumbent Sherrod Brown. Mandel has little support within the Jewish community, because of his conservative views on social and fiscal issues, but his campaign, with the national attention and massive cash flow it has been receiving, has helped Republican Ohio Jews get activists out for rallies and phone banking.

In one of these rallies, in heavily Jewish Shaker Heights, anti-Obama protesters waving “Oy Vey Obama” banners could have noticed Avi Cover driving slowly by with his Hebrew Barack Obama sticker, still adorning his bumper since it was placed there before the 2008 elections. A self-described “traditional Democratic voter,” Cover, 39, intends to vote for Obama again, though he is not actively engaged in convincing other voters.

But for the many Jewish voters, interest in these elections does not even reach the level of plac ing bumper stickers on their cars.

Sitting around tables at the Warrensville Community

For those younger than 55, Romney has promised to change Medicare into a defined benefit — or “voucher,” as the Democrats put it, that senior citizens would apply toward an approved menu of private plans with varying benefits, or spend on Medicare. Some studies predict that this will ultimately mean higher premiums or more out-of-pocket expenses for seniors as medical costs outpace voucher increases. The Romney campaign denies this and warns additionally that Medicare as it now exists will soon go broke.

Despite all this, the issue seems to have gained little traction. “They are both the same on Medicare,” Milton Steinbock said. “Politicians, they promise everything, but when they win they don’t do anything.” Steinbock added that he does not follow politics closely, a statement that triggered a round of nods from other seniors at the table.

Cleveland has seen its fair share of difficulties trying to fund senior care in years of economic uncertainty. Jim Samuels, a commercial real estate developer who has held lay leadership roles in the city’s Jewish community, has seen the difficulties up close. As a trustee of the Menorah Park Center for Senior Living in Beachwood, he experienced a federal funding drop of $2 million when the economy turned bad, forcing the nursing home to cut staff and appeal to donors in order to maintain services to the most vulnerable seniors who rely on Medicaid to fund their stay.

The proposed budget being pushed by Republicans in the House of Representatives and supported by Romney would slash Medicaid severely.

“When you hear what might happen, it’s frightening,” Samuels said. With social issues as his leading priority, Samuels made the Democrats his party of choice.

Back at the community apartment center, seniors said they enjoyed watching presidential debates. But most said also that they had already made up their minds. “As long as most of the things go the way you want, it’s okay,” Kurt Kohr said, “and if they don’t — well, you shrug your shoulders. What else can you do?”