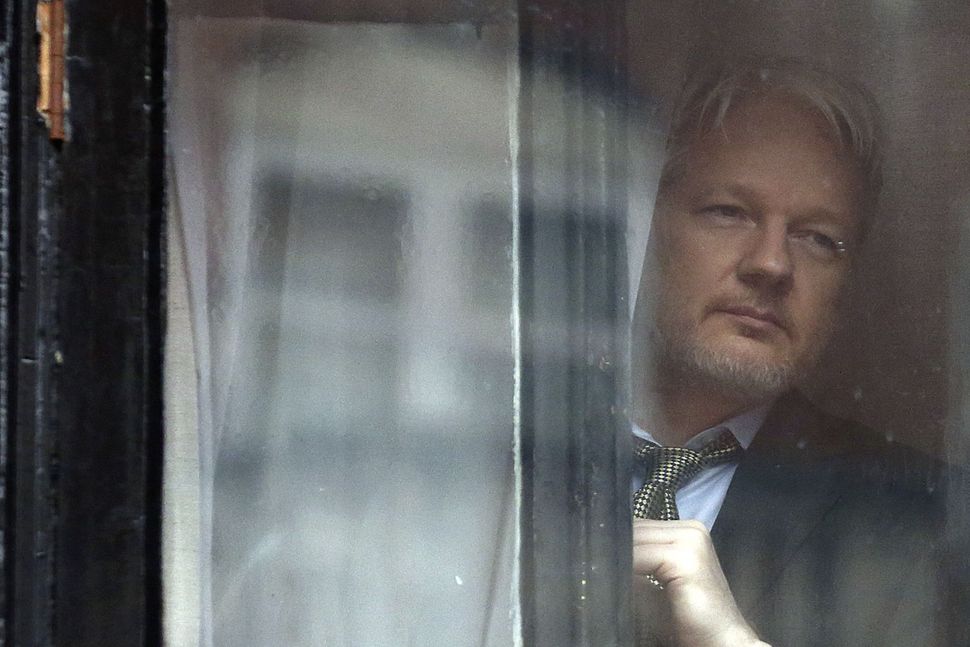 Since gaining international attention in 2010 with the release of nearly 100,000 classified logs of the war in Iraq, Wikileaks — often through the actions of its founder Julian Assange — has repeatedly come under fire for anti-Semitism.

The organization, which routinely publishes large caches of confidential or otherwise private emails, cables and government documents, has employed a Holocaust denier and tweeted anti-Semitic jibes. Assange, who some believe runs the Wikileaks Twitter account, has also suggested that Jewish journalists targets him specifically.

The first hints of Assange’s anti-Semitism came in 2010, when New York magazine reported that Wikileaks may have employed Holocaust denier Israel Shamir. Shamir, a Russian-born Swedish citizen, has written virulently anti-Semitic blog posts, including lines such as “Jews asked God to kill, destroy, humiliate, exterminate, defame, starve, impale Christians, to usher in Divine Vengeance and to cover God’s mantle with blood of goyim.” Shamir has regularly written blog posts that deny the Holocaust happened and that Jews are perpetrating mind control on a global scale. From photographs on Shamir’s website, it was clear that Assange knew Shamir personally.

When James Ball, a former Wikileaks employee, published an account in the Daily Beast of his time working at the organization in 2013, it confirmed that Shamir had been on the Wikileaks payroll, and why.

In 2011 the British magazine Private Eye published an editorial that described a phone conversation with Julian Assange. The call was in response to an article Private Eye published detailing Shamir’s anti-Semitism and ties to Wikileaks. Assange said the article was an attempt to derail his funding from Jewish sources.

Assange went on to accuse Private Eye of being part of a conspiracy run by journalists at the Guardian who are all Jewish. (He called one of the journalists “kind of Jewish” because he had a Jewish brother-in-law.) When the editor pushed Assange on his conspiracy theory, Assange said, “Forget the Jewish thing.”

Wikileaks’ reputation for anti-Semitism has repeatedly reinforced by its anti-Semitic tweets. In 2015 the Wikileaks Twitter account tweeted out a link to an article reporting that a Charlie Hebdo cartoonist was on trial for publishing anti-Semitic cartoons. The tweet blamed the “Jewish pro-censorship lobby” for the trial.

On July 24, the Wikileaks Twitter account released a tweet that suggested that the parentheses bracketing, or (((echoes))) — a tool used by neo-Nazis to identify Jews on Twitter, appropriated by Jews across the Twittersphere — is now being used as a way for “establishment climbers” to identify one another.

Wikileaks eventually deleted both tweets, but defended its use of the parentheses in responses to other people on Twitter.

@AnshelPfeffer No. We deleted it because it was been intentionally miscomprehended by pro-Clinton hacks and by Neo-Nazis.

In the wake of the most recent anti-Semitic tweets, two tech-oriented publications, Gizmodo and Wired, wrote opinion pieces decrying Wikileaks’ loss of the “moral high ground.”