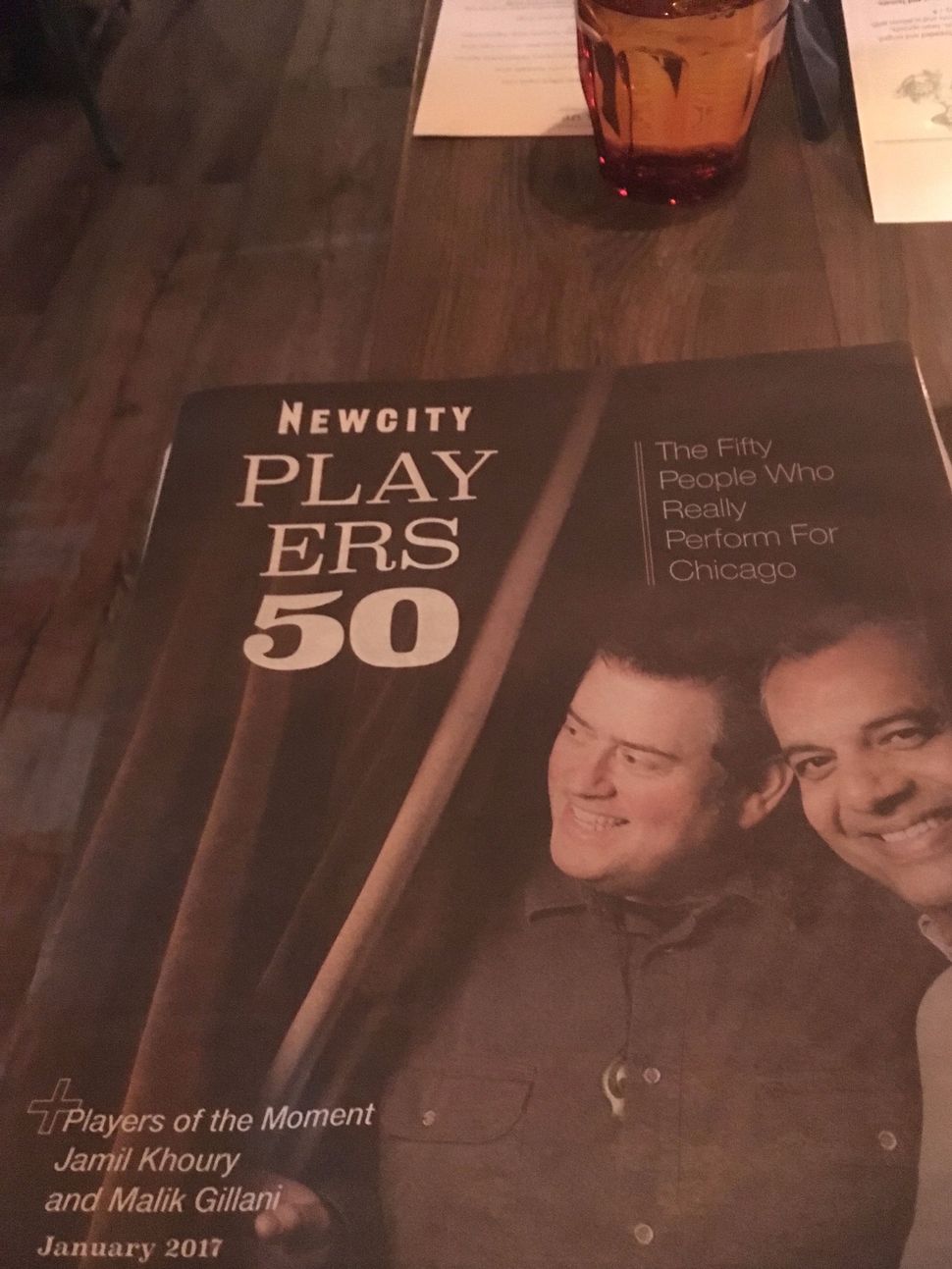 Ken Kaissar was born in Ramat Gan, Israel, and grew up in a right-wing Jewish household in Indianapolis. His father fought in three Israeli wars—1956, 1967, and 1973—and growing up, Kaissar was told that Israel was in perpetual danger and that, as he put it, “the Arabs wanted to kill us and destroy us.” As he grew older and left home, he found that other people understood the Middle Eastern conflict much differently. In that version of the story, it was the Israelis who were the oppressors.

Kaissar is a playwright, and so he thought he would work through his feelings about these two vastly disconnected narratives by writing. In 2008, he took a research trip to Israel and decided he would listen to anyone who would take the time to talk to him. He spoke with Jews and Palestinians, with teachers and workers, and activists from the group Combatants for Peace.

“It struck me,” he said, “that though we can’t find a way out, everyone agrees the situation is screwed up and we need to find a way out, and we need to do it now. Everyone I talked to wanted two states. Israeli and Palestinian, they have the same cause. But they don’t know how. They all said, ‘What do you want me to do?’ It was like theater of the absurd. There’s a need to move, but no one can move.”

The result of that trip was a play called “The Victims”. It intersperses realistic scenes based on Kaissar’s interviews with scenes of two characters who live in a garden that would be idyllic except that the owner comes to beat them every day.

“The title is ironic,” Kaissar explained. “Who are the victims? We don’t know who the guys in the garden are, they change in every scene, but can we feel for them? I want people to have a sense of empathy and realize they’re not the only ones with a victim narrative.”

“The Victims” is one of six plays that will be performed as staged readings as part of Semitic Commonwealth, a performance series at Silk Road Rising, a 14-year-old theater company in Chicago that specializes in work from the Asian-American and Middle Eastern-American perspective. All 6 plays address the Israeli-Palestinian conflict, three from the Jewish-Israeli point of view, and three from the Palestinian. But all six have the same goal.

“I’m tired of stories invested in convincing the audience of the rightness of one side and the wrongness of the other,” said Jamil Khoury, Silk Road Rising’s founding artistic director. “These stories tell about the human toll, the losses from this ongoing, ridiculously long conflict.”

Semitic Commonwealth will take place over three consecutive weekends in February. There will be two plays each weekend, each performed twice. The schedule was arranged so that each pair of plays would somehow be in conversation and complement each other. The plays cover the entire history of the conflict, in the case of Hannah Khalil’s “Scenes from 69* Years,” quite literally. Two of them—Zohar Tirosh-Polk’s “The Zionists” and Ismail Khalidi’s “Tennis in Nablus”—look back to the pre-World War II era, while Motti Lerner’s “The Admission” is set during the 1948 war. The two plays during the final weekend, “The Victims” and Mona Mansour’s “Urge For Going”, are set in the present.

Khoury originally conceived of the project a year and a half ago. He and Corey Pond, the company’s production and literary manager, began soliciting work from Israeli and Palestinian playwrights they knew and tapped their networks for more. “We are very cognizant of the fact that Palestinian narratives and artists do not have a viable forum within the American theater,” he said.

But Israeli playwrights had trouble getting their work produced, too. They faced accusations from producers of being either too pro-Israel or not pro-Israel enough, and audiences were not interested in plays about the conflict. “It’s the third rail of Israeli theater,” said Michael Malek Najjar, one of the directors who worked on Semitic Commonwealth.

And so Khoury, Pond, and Najjar had plenty of work to choose from. Khoury decided to do what he called “enhanced staged readings”—which involve more rehearsal, staging, and character development than traditional staged readings—instead of full productions so the company would have the time and money to showcase more plays. He hopes that Semitic Commonwealth will bring more attention to these playwrights and their work and that other companies will want to produce their work. When the festival closes, he will maintain the website as a resource for the wider theater community and expand it to include information about other pieces.

Khoury and the playwrights and directors involved with Semitic Commonwealth envision the festival not as an end in itself, but as the start of a conversation. Playwright Zohar Polk-Tirosh (also a former Forward contributor) finds it similar to Field Day, a theater company founded by the playwright Brian Friel and the actor/director Stephen Rea in Northern Ireland in 1980 in response to the Troubles. “They’re creating a cultural place that will set the scene for later reconciliation,” she said.

The festival’s creators don’t think it’s too idealistic to expect plays to have an effect on policy. “Artists can fill in for the failings of politicians and diplomats,” said Khoury. “Cultural change and cultural transition are most powerfully propelled through stories. We have an urgent role to play in terms of changing perspectives and ideas.”

Empathy, they all agree, will be necessary for moving past the current situation, which is not sustainable. And they realize that some people don’t like having their beliefs challenged.

“There’s so much fear in the Jewish community,” said Kaissar. “So many people are petrified of finding out the narrative is not what they thought.”

Malik Gillani, Silk Road Rising’s executive producer, said, “I think many people in our orbit expect us to do the work we do; and thankfully, no one on any side of this issue has yet expressed problems.”