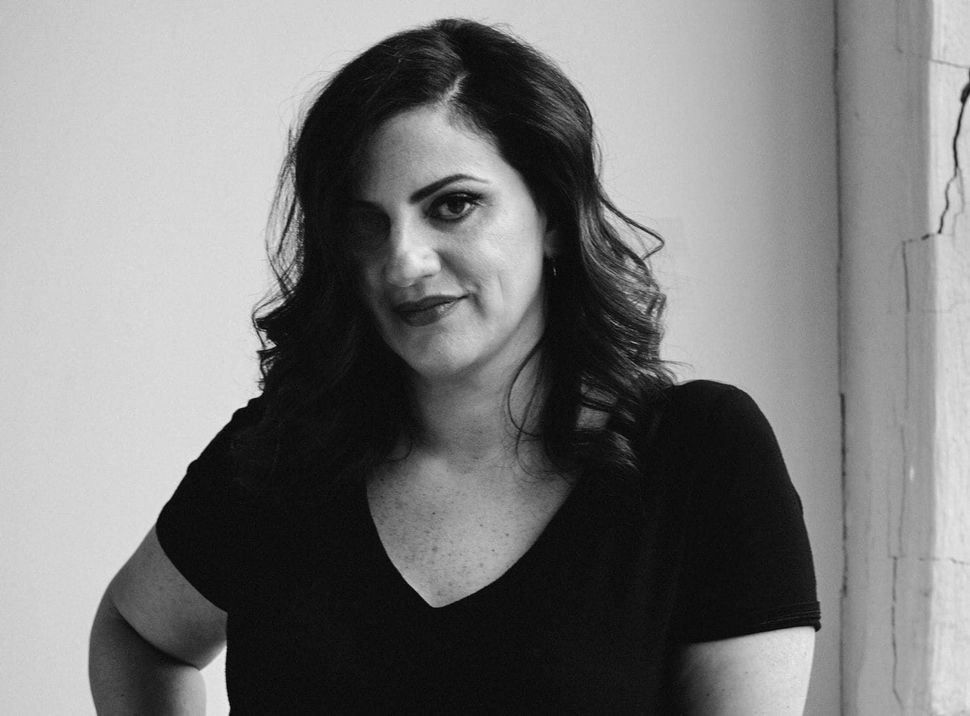 In mid-June, Allison Benedikt, the executive editor of Slate, was attending a book reading to celebrate Taffy Brodesser-Akner’s debut novel, “Fleishman Is in Trouble.” Since its publication, the book, which tells the story of a messy divorce on Manhattan’s Upper East Side, has hit the New York Times bestseller list and received glowing reviews for its unflinching portrayal of marriage at its end. But at the event, in Maplewood, N.J., Benedikt was intrigued by another aspect of the novel that hasn’t gotten as much attention.

“This book feels so Jewish,” Benedikt recalled mentioning, “but I can’t totally put my finger on why, beyond some of the obvious details.”

But what makes the book distinctly Jewish is that Brodesser-Akner, 43, had no intention at all of writing a Jewish book. The liver thing, she said, was a coincidence—she was mostly interested in the organ because of its ability to regenerate. “I loved that as a poetic device,” she told me not too long ago over Dr. Brown’s cream sodas at the Russ & Daughters café in the basement of the Jewish Museum. The Kafka allusion was also unintentional, she said, admitting that “maybe it was subconscious.”

Maybe. Probably. On one level, “Fleishman” represents Brodesser-Akner’s failure to escape her own Jewishness, a theme that happens to run throughout much of Jewish literature. It was perhaps inevitable. “This was my first book,” she said, “and I wanted it to reflect who I am and where I’m from and the values I struggle with.”

Her parents got divorced when she was 6, and her mother later became a Hasidic Jew. Brodesser-Akner, who is now a staff writer for The New York Times Magazine, attended Yeshiva University High School for Girls, but she was resistant to the idea of religious fundamentalism and abandoned Orthodoxy as soon as she could.

Still, she never abandoned Judaism altogether. Her husband, Claude, who is a political reporter, converted to Judaism for her—adult circumcision and all. She now identifies as a Conservative Jew.

“It’s very Jewish to be attached to your Judaism and to hate it a little,” Brodesser-Akner told me. “I can’t escape it. But there’s a long Jewish tradition of trying to escape it.”

Jessica Lang, chair of the department of English at Baruch College’s Weissman School of Arts and Sciences, said that “Fleishman” takes on a number of uniquely Jewish themes, such as assimilation, alienation and religious disillusionment. The novel, Lang observed, fits within the canon of Jewish American literature that includes contemporary authors like Jonathan Safran Foer and Nathan Englander and goes back at least to Philip Roth.

But it also disrupts that body of work, which hasn’t historically made room for women. The book centers on Toby’s experience as a single father after his wife, Rachel, a successful talent agent, has disappeared without notice. Yet in a clever twist, it is narrated by Toby’s college friend Libby (who, like Brodesser-Akner, once worked at a men’s magazine and resides in North Jersey).

The novelist Ellen Sussman praised the work as a much-needed corrective. “It’s a contemporary feminist version of the Philip Roth literature canon that needed to be upended,” she mused, “that needed to be turned on its head.”

For Brodesser-Akner, Roth happens to have been a formative influence. Even as her novel functions as a kind of disavowal of his corpus, it is still deeply indebted to his legacy. She read Roth’s books as a precocious young girl and found them to be much more engaging than Torah study.

“I lived in constant rebellion of the fact that so much Jewishness was forced on me,” she said, but Roth’s books appealed to her because he seemed to be in on that feeling too. She now acknowledges that Roth, who died last year, wrote some “poorly executed female characters.”

“But I also have tremendous reserves of forgiveness for anything that can keep my attention,” she said. “To go into a Philip Roth book is to almost be buried in a primordial goo that feels like amniotic fluid that you just have to stay in until you’re done.”

In conversation, Brodesser-Akner is warm, engaging, observant and funny, qualities that have served her well as a features reporter at The New York Times, where, over the past few years, she has established herself as one of the best profile writers in American journalism, having published memorable—and occasionally personal—dispatches on Gwyneth Paltrow and Jonathan Franzen, among many other notable figures. (Disclosure: about three years ago I took a class, taught by Brodesser-Akner, on pitching and writing magazine features, and I occasionally email her my own stories because, like many other journalists, I desperately want her approval.)

Those qualities have also served Brodesser-Akner well as a novelist. “Fleishman” provides what is perhaps the most bracing depiction of male thought, by a woman, since Adelle Waldman summoned Nathaniel P. onto the page. But Brodesser-Akner still wanted to make her somewhat insufferable liver doctor a likeable character.

“I loved Toby,” she told me. “It’s very funny to watch people read [the book] and say, ‘Oh, I knew he was a monster the whole time.’ I think he’s just a human at the end of his marriage.”

The sense of empathy that suffuses Brodesser-Akner’s writing is what makes her articles so appealing, and yet she long regarded that quality as a flaw.

“Until people made a big deal of my empathy,” she said, “I always felt like it was a failing of mine in my journalism. Like, you’re not supposed to do this, you’re supposed to be hard on people. But I guess I can’t sit with anyone for very long without liking them, or without understanding them, or without seeing their side of the story, which makes me feel very weak.”

When we spoke, Brodesser-Akner intimated that she had been feeling as if she were in a liminal state. It was weird for her, being on the other side of the interview as she went about doing press for her book. It didn’t feel normal. Her sense of control was off. When I took out my recorder at the beginning of our interview and put it on the table, I had apparently set it down in the wrong direction. “The microphone’s here,” she said, laughing, turning it around so it faced her.

“I interviewed somebody last weekend,” she told me. “It was very hard to remember where I am and which version of me I am now.”

That feeling of in-betweenness—a very Jewish feeling—isn’t so new for her, however. And as her career takes off, that tension will likely push her into new and creatively fertile territory.

It isn’t a stretch to imagine, for instance, that Brodesser-Akner might go a route similar to someone like Nora Ephron, a Jew who started out as a magazine journalist, wrote a popular debut novel about a tumultuous divorce and then began making movies. (Brodesser-Akner, who started out at a soap opera magazine, studied screenwriting in college.)

“I don’t know if I can write a convincing gentile yet,” she said. “We’ll see.”