Jewish schools in suburbs see increased interest due to coronavirus 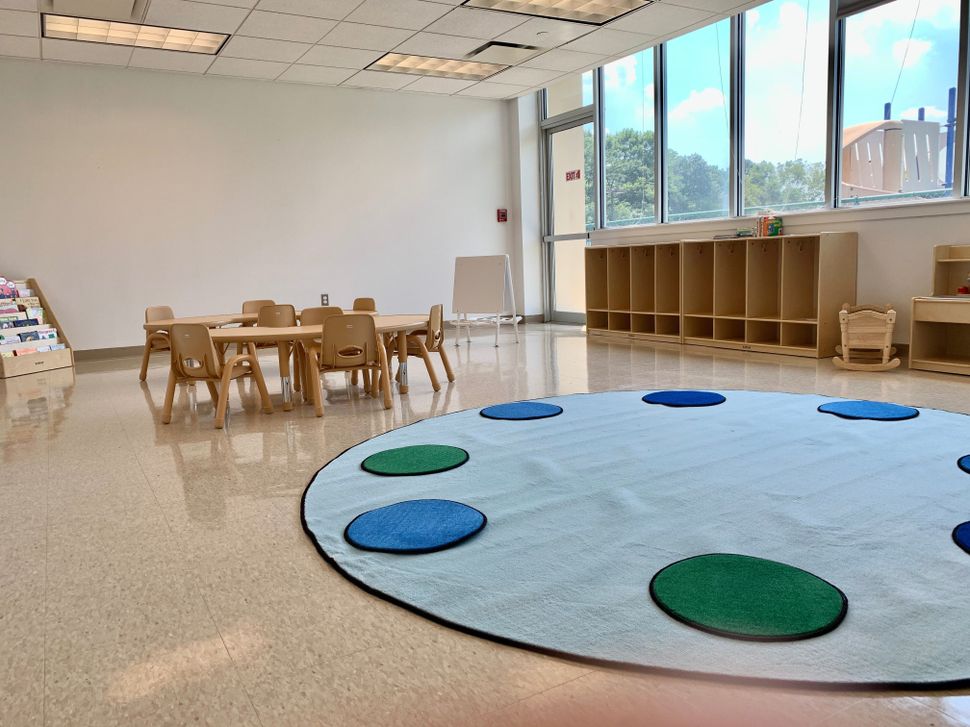 A Jewish preschool is opening on Long Island, and many of the founding families are urban transplants who have left the city due to coronavirus. Image by Courtesy of Talli Levine

Bari Klein, her husband and two young children left their apartment in lower Manhattan during the second week of March, swapping the city for the perceived safety of the suburbs as the coronavirus pandemic hit New York City.

“We didn’t want to be isolated in an apartment with a family,” she said. Now, they’ve decided not to go back, and have already answered the question of where their older son will go to school. Tyler, 3, will be attending the brand-new Shorashim Pre-School Academy, where about a third of the 85 students will be, like him, tiny refugees from the city.

“We are worried about a second wave,” Tyler’s mother said.

Jewish schools in the suburbs are experiencing a surge in interest, as summer turns to fall and families struggle to plan their children’s education amid the uncertainty of the coronavirus pandemic, said Paul Bernstein, CEO of Prizmah: Center for Jewish Day Schools, the network of Jewish day schools and yeshivas.

“We are hearing of a spike in enrollment requests in suburban areas, and schools are doing their best to accommodate more students as much as social distancing and other Covid restrictions allow,” he wrote in an email.

Prizmah doesn’t know yet how many students the virus has caused to shift to day schools, or between day schools, and some housing experts have said that the notion of the virus propelling a mass exodus out of cities is overblown.

But schools in the Prizmah network report that Jewish families are indeed moving, Bernstein said. The trend is most obvious in the New York City area, home to the United States’ largest Jewish community, but it’s also happening nationally.

Shorashim’s founder, Talli Levine, said classes will range in size from eight for children who are younger than two years old, to 12 for pre-kindergarten. The furniture in the pre-school is brand new and will be cleaned after every use, and all staff and visitors will be required to wear masks. The staff’s masks will have a clear plastic front, to enable the children to see the adults’ faces.

At the Leffell School’s two campuses in White Plains and Hartsdale, N.Y., the administration has acquired two temporary classroom buildings, rented tens and turned the cafeteria and library into classrooms, both to facilitate social distancing and to accommodate more students, said Michael Kay, head of school.

The new families, Kay said, are both urban transplants, and suburbanites dissatisfied with the public schools’ performance during the pandemic. Housing near the schools is getting expensive due to increased demand, he said.

“The parents don’t want their kids to fall further behind, so now they will pay the tuition to attend Jewish day schools,” said David Bryfman, CEO of the Jewish Education Project.

Scott Sokol, head of school at the Schechter School of Long Island in Williston Park, L.I., said he has received inquiries from about a half-dozen families from Manhattan and a larger number than usual from Queens.

“What differentiates us from a public school is that we are smaller, and able to have our whole school safely in our building, which is not true of most public schools,” he said.

Jewish schools in suburbs see increased interest due to coronavirus