Americans and Our ‘Stuff’ 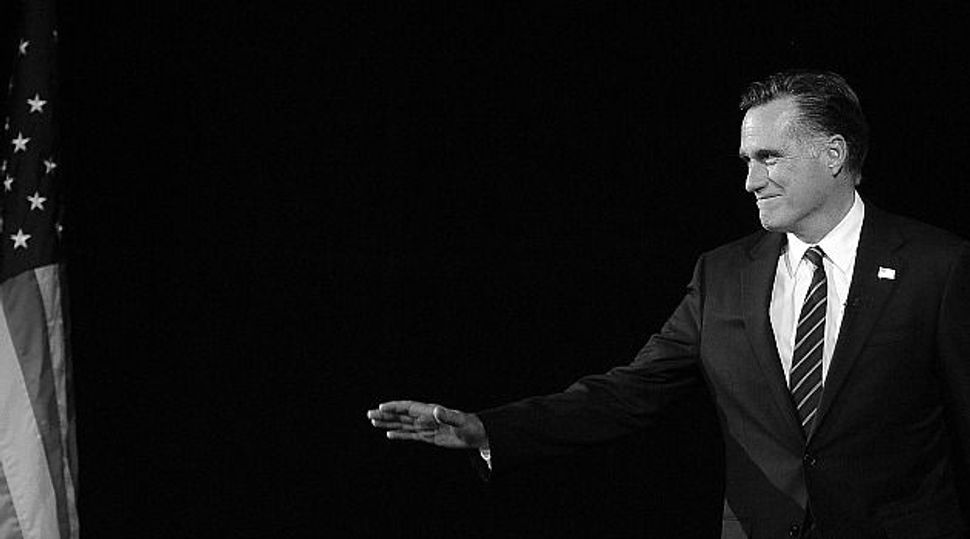 We Like ?Stuff?: Republicans have come up with a new shift-the-blame strategy for their self-made defeat. Voters rejected them, the new yarn goes, because they want ?stuff? like health and retirement benefits. Image by getty images

For all the Democrats’ sniping, the losing Republicans have put their finger on an important truth about American voters and why they voted the way they did November 6. As Bill O’Reilly smartly explained it on election night, “people want stuff” from the government. Lots of stuff. No less than 47% believe they’re entitled to it, according to one party leader.

There’s just one crucial point that the Republicans overlook: Most of what the voters are looking for is stuff they’ve already bought and paid for. They simply want what they’re owed. That’s why they voted Democratic. The other party has a bad habit of taking payment and then not delivering.

The Gimme Stuff thesis has a ring of truth. We’ve spent the last four years listening to theatrical warnings of the republic’s impending collapse under the weight of runaway entitlement spending. To hear the politicians tell it, Washington has set up an elaborate shell game that vacuums up taxpayers’ hard-earned dollars and transfers them by the truckload to a self-pitying class of entitled deadbeats. Half the population works and pays taxes; the other half lives off the first half.

Worst of all, we’re told, these payouts are ballooning out of control, creating monster federal budget deficits that threaten to swallow us whole. Most dodgy are Social Security and Medicare, which together make up the biggest item on the whole federal budget. Thanks to them our ship of state is sinking, and the Democratic deadbeats won’t let us plug the leak. Or so the storyline goes.

Happily, I can report that the whole thing is a pile of malarkey. First of all, Social Security and Medicare have nothing to do with the budget deficit. They’re not even part of the federal budget, properly speaking. They were set up as separate entities, with their own trust funds, independent of the normal budget, and are financed by their own payroll taxes, separate from the federal income tax. And they pay for themselves, in full.

Since Social Security began in 1935, followed by Medicare in 1965, the payroll tax has been taking in more than the programs pay out. They’ve thus built up a tidy surplus, invested in U.S. Treasury bonds. This year the programs spent a bit more than they earned, according to the Office of Management and Budget. The shortfall was covered from the accumulated surplus. The way things are going, the Social Security Administration reports, they’ll be fully funded through 2033. No deficit.

The reason we think of them as part of the federal budget — and part of the budget problem — is that they’ve been inserted artificially into the government’s general budget reports to mask other problems. Lyndon Johnson started it in 1968, basically to hide the cost of the Vietnam War by making the budget look more robust. They were taken off the budget again in 1983 as part of the Greenspan Commission on Social Security Reform, but then put back in by the Gramm-Rudman-Hollings tax reform of 1986, to mask the runaway deficits created by the Reagan-Gramm-Rudman tax cuts.

It’s important to note, too, that Social Security and Medicare are not really transfers. That is, they don’t redistribute money from the haves to the have-nots. They’re insurance programs. Every worker pays into the pot throughout his or her working career and then collects from it after retirement. And that means every worker. It’s true, as Mitt Romney famously blurted out, that nearly half the population doesn’t pay income tax, because they don’t make enough income to be taxed.

On the other hand, every worker pays the same 4.2% payroll tax into Social Security and Medicare (matched by their employer), regardless of how little he or she makes. The only deadbeats on this street are citizens who make more than $110,000 per year. Every dollar earned above that cap is payroll tax-free. It’s the grunts who pay the freight.

Well, you ask, if Social Security and Medicare are self-sustaining and fully funded, then why do we have a budget crisis? The reason is that we’ve spent the past 30 years cutting personal and corporate income tax rates. These are the funds that pay for everything else the government does, from the military, FBI, courts and prisons to food and drug inspection, air safety, disease control, national parks, hurricane warning, disaster relief — and, yes, assistance to the poor.

Before 1981, the year Ronald Reagan became president, the federal government for two centuries had generally run budgets that were more or less balanced, except during wars. Washington used to collect enough taxes to pay for what it did. In the three decades following World War II, that included building an interstate highway system and putting a man on the moon. The top tax rate on earnings over $400,000 averaged 80%. Growth averaged about 3.8% per year. Reagan inherited a federal debt that totaled all of $900 billion.

Over the next eight years Reagan lowered the top tax rate to 28% and nearly tripled the debt to $2.6 trillion. It’s continued to rise every year since then, except for four years under Bill Clinton. Average economic growth rate over these three low-tax decades: the same 3.8% per year as before the cuts. Today’s debt: $16 trillion. Interstate highways? Moon exploration? Fuggedaboutit. We can barely afford to keep the national parks open. And now they’re telling us we can’t afford Medicare.

You may have read about the study prepared by the utterly nonpartisan Congressional Research Service this fall, showing that cutting taxes historically bears no relation to increased economic growth. It was in the news in early November, after congressional Republicans ordered it buried, summarily and with extreme prejudice. Tax cuts are the GOP’s holiest sacrament. They like to say reducing taxes boosts economic growth. That congressional research report threatened to unmask their real motive: They want stuff.

Americans and Our ‘Stuff’